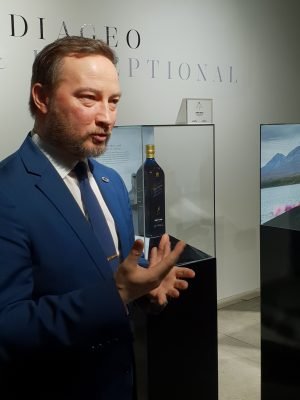 The DFS eighth annual Masters of Wines and Spirits event at Infinite Studios in Singapore on Saturday (March 23, 2019) showcased about 140 of the rarest and finest whiskies, wines, cognacs and champagnes from around the world.

I tasted some of them, especially Johnnie Walker Blue Label Ghost and Rare Port Ellen Edition, Caol Ila 35 Year Old and Port Ellen 39, all produced by Diageo, one of the world’s largest producers of spirits, and sold by DFS in Singapore.

At the heart of this limited edition lies the highly sought-after Islay single malt from Port Ellen – a “ghost” distillery that shut its doors in 1983. “Ghost whiskies” refer to expressions extracted from barrels that hail from shuttered distilleries – a detail that makes them much-sought-after commodities in the whisky world.)

“These whiskies deliver a fascinating glimpse into another world, exploring the unique, inimitable character of whiskies from a small number of iconic, closed distilleries that lend something very special to every drop of Johnnie Walker Blue Label,” Beveridge has said.

Gunn asked me to smell the whisky first. I could sense that it was slightly smoky with a twinge of vanilla. He then asked me to add a few drops of water and sip it. 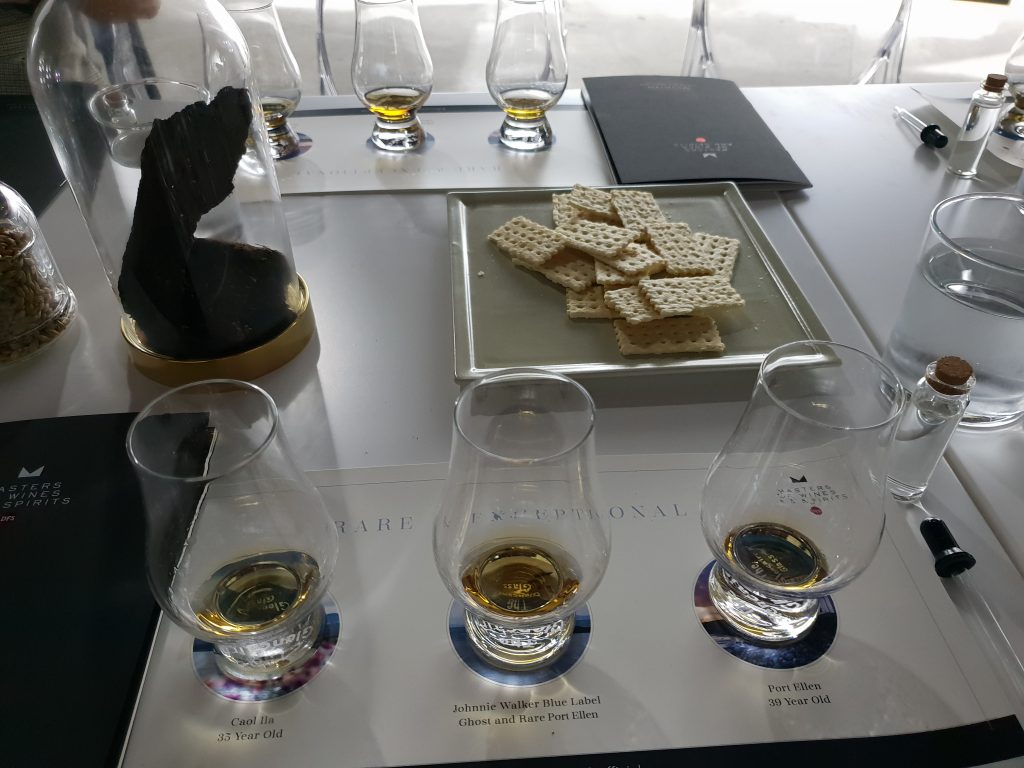 Initially, I got a creamy vanilla sweetness. The Port Allen peatiness slowly intensified, but not much. Waves of waxy citrus taste slowly emerged. I realised that it is a Scotch that takes its time to open up.

Interestingly, it was an easy whisky to drink. The balance was extraordinary. It was fresh and malty but did not have a high dose of peat. Only warming Port Allen smoke.

Gunn then introduced the Caol Il 35 Year Old to me. It is the oldest single malt to be released from the 2018 edition of Diageo Special Releases. 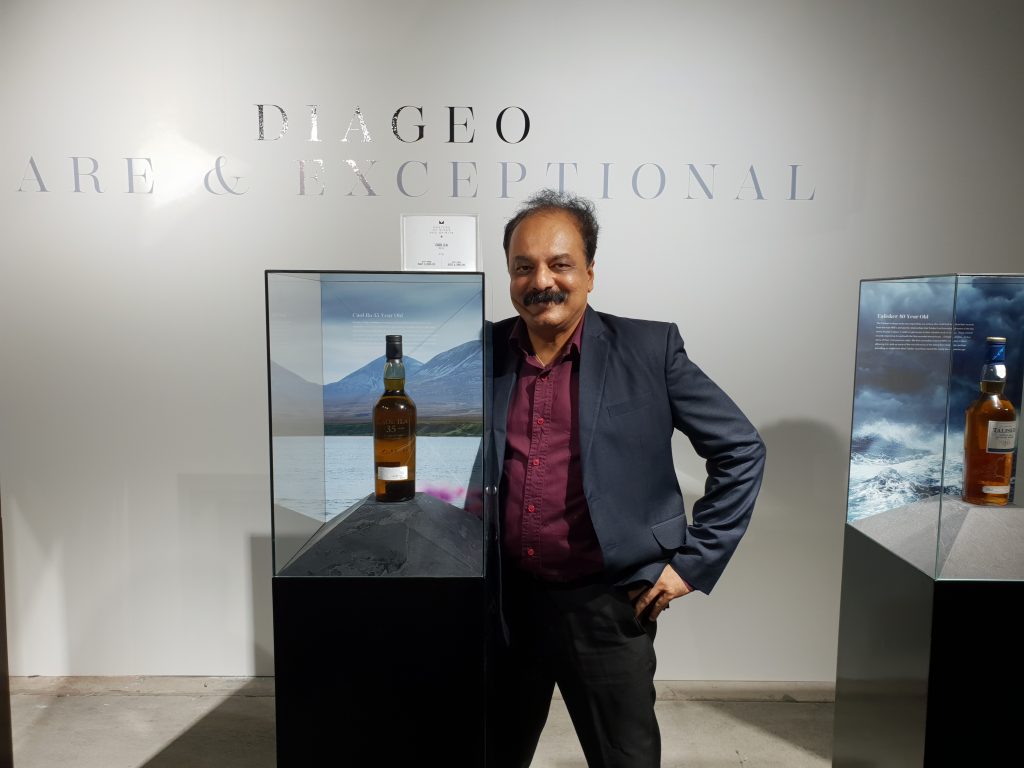 It was distilled at the much-loved Islay distillery in 1982 and subsequently matured for 35 years in a mixture of refill American-oak hogsheads and refill American- and European-oak butts. It was bottled at a cask strength of 58.1% ABV.

The nose was unbelievable: Leather, wax, ever-so-light smoke. There was also gentle peach, peppery vanilla and salted caramel, with oily smoke lurking in the background.

On the palate, it was rich, spicy and a bit smoky. There was also a taste of garlic bread, strawberry jam and black peppercorns. Toffee and spice appeared towards the finish.

The finish was rich and complex, with honey, sweet peat, light oak and nutty cereal notes along with a milk chocolate quality.

Overall the whisky (0.7L, S$1,290) was surprisingly silky. The tropical notes were fascinating throughout. it was easily one of the best Scotch whiskies I have tasted.

Only 3,276 individually numbered bottles of this whisky are available worldwide.

The third whisky Gunn talked me through was the Port Ellen 39, a 39-year-old single malt matured in a selection of ex-Bourbon and ex-refill European oak Sherry casks and bottled at 50.9% ABV.

This is part of the Port Ellen Untold Stories Series, which includes regular bottlings of some of the last remaining stocks from the Islay distillery, which closed in 1983. 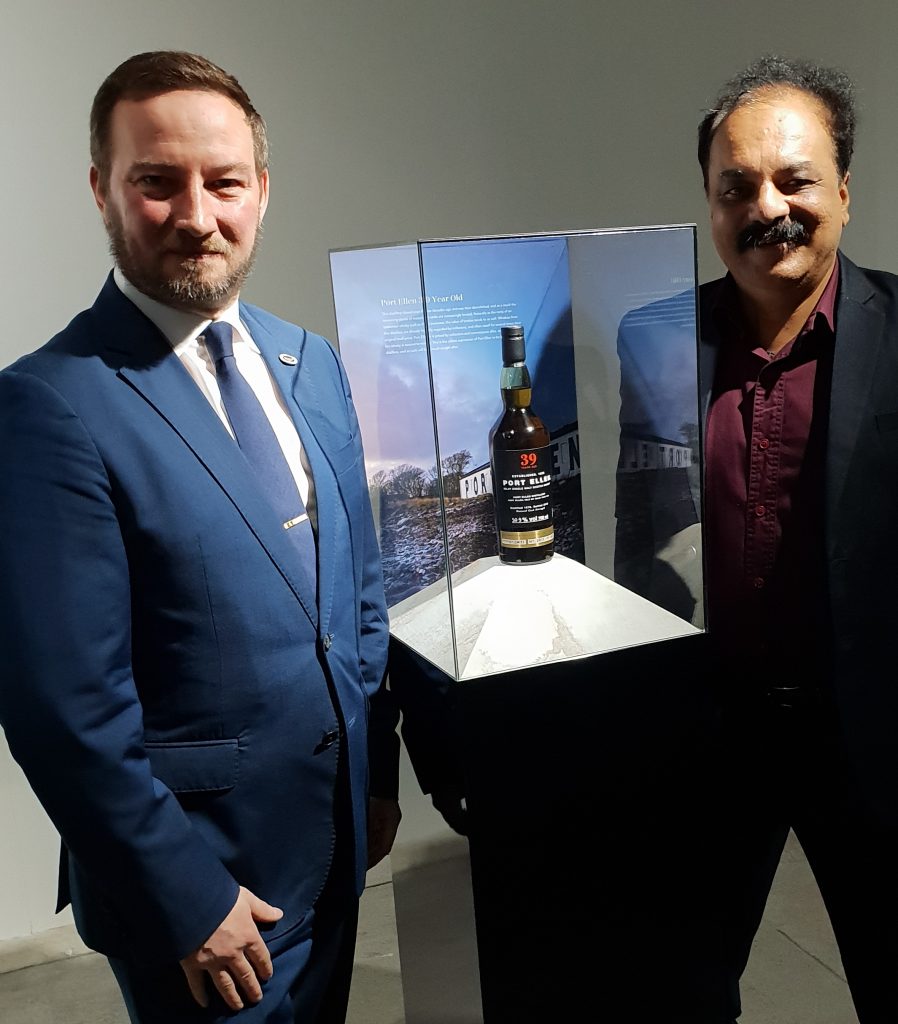 Just 1,500 bottles of this whisky – Port Ellen: Untold Stories The Spirit Safe – have been produced, which DFS will sell in Singapore for around $6,500 each from April 2019.

Each bottle is presented in a wooden display case, which can only be opened with two unique keys. The first unlocks the wrapping, the second key opens the window to the bottle.

On the nose, this whisky was mild to begin with, with an abundance of fruit.

Gunn asked me to add a few drops of Isle of Islay water, which he had brought in capsules from Scotland. This is the very peat-filtered water used to make the famous Islay single malts. The naturally acidic water made it the ideal companion to the Port Ellen 39. 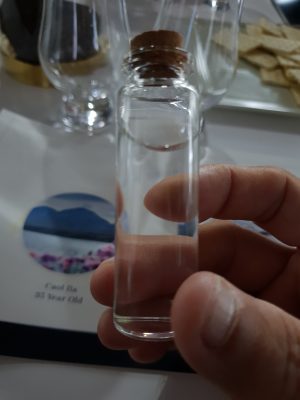 On the palate the whisky gave the regular smoke from classic Islay peat, but it was much softer. The apperance was radiant. Its sweet, salty then smoky taste gives a complex yet balanced finish.

Diamond-adorned rare $175,000 champagne
The Perfect Date launching on Netflix on April 12
To Top