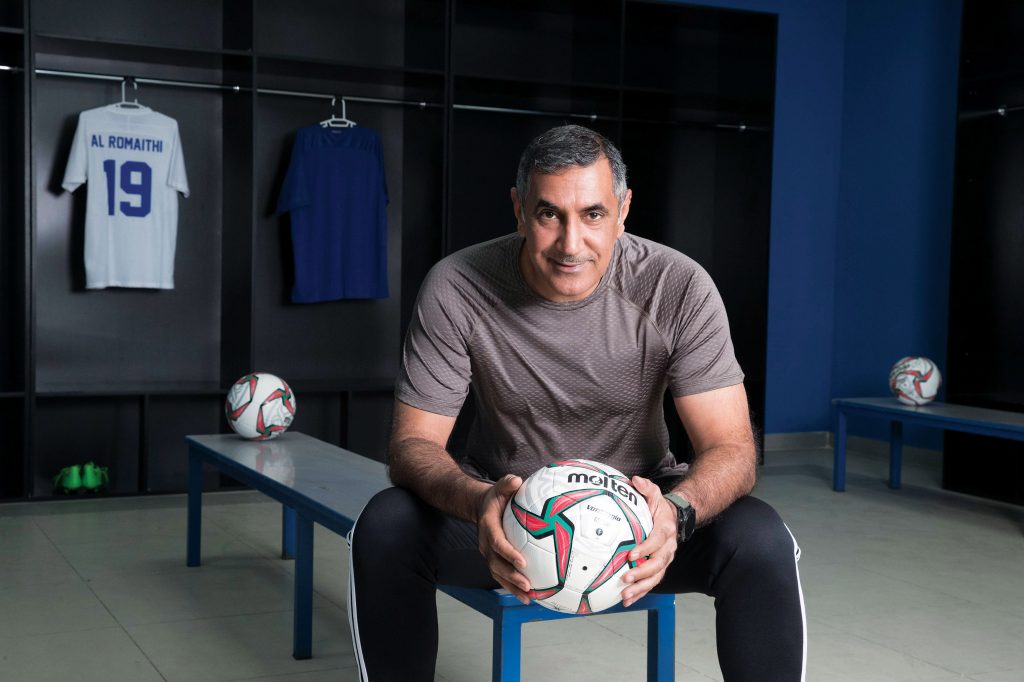 United Arab Emirates sports leader Mohammed Khalfan Al Romaithi promised to clean up and unlock the potential of the world’s biggest football continent as he launched his campaign to become President of the Asian Football Confederation (AFC).

In a powerful ceremony at the Louvre Abu Dhabi on 7 March, the candidate pledged to “make significant levels of new investment for every Member Association, increase participation at all levels of the game” and introduce genuine “transparency and independence”.

Al Romaithi is adamant that now is the time to throw off years of inadequate investment and poor governance, which has stalled the development of the world’s most popular game in the world’s biggest football continent.

In a move not seen before, Al Romaithi, who is the chairman of the General Authority for Sports in the UAE, unveiled a comprehensive, fully-funded manifesto designed to make football fair for all in Asia, and more competitive internationally.

Under Al Romaithi’s leadership the AFC would become the most “inclusive and independent” football confederation in the world.

Football is failing in Asia: We deserve better

Among a raft of initiatives, Al Romaithi, who was vice-president of the Local Organising Committee for the recent 2019 AFC Asian Cup, pledged:

The Al Romaithi manifesto is designed to “bring Asian football into the 21st century,” and is the first contemporary strategic plan devised to develop football in Asia.

The ‘Making Football Fair’ manifesto empowers member associations with the means to do what has never been done before: win the FIFA World Cup for Asia.

“I want every boy and girl from every nation, from every faith and of every age to have the chance to play football and dream of one day lifting the World Cup,” Al Romaithi said.

Building a football future based on investment and independence

For the first time, 25% of each Member Association’s annual investment from the AFC will be ring-fenced for the development of women’s football. This, along with promises to expand the AFC Women’s Asian Cup, establish an AFC Women’s Champions League and introduce annual AFC youth competitions, highlights Al Romaithi’s commitment to growing the game for all.

“We need to modernise our failing football system and create more opportunities to play the beautiful game,” said the man who represented Al Ain FC, the UAE’s most decorated football club, at youth level. “All member associations need to give youth a fair chance with more opportunities to play, learn and progress – unlocking their full potential.” 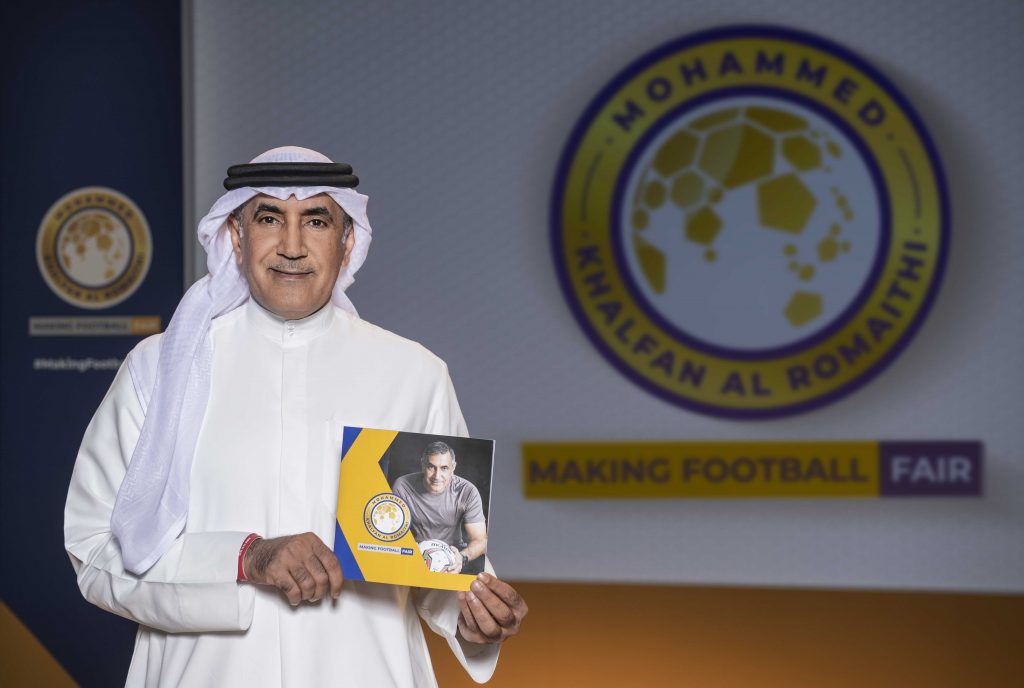 Al Romaithi is committed to delivering more competitive football for every age group. He will reinstate U13 eight-a-side regional festivals for boys and girls, and he will ensure all U14-U23 teams have the opportunity to play regular international fixtures every year.

“These are the catalysts our national teams need,” Al Romaithi said. “More international football at a young age will encourage the development of our best players and allow us to be truly competitive with our European, North and South American and African counterparts.”

Ensuring financial fair play for all

From becoming chairman of his beloved Al Ain FC to serving as an AFC Executive Committee member, Al Romaithi has spent the past 20 years at the heart of the Asian sports community and understands every level of football governance.

“The AFC stands under a dark cloud, one shrouded in politics and poor governance,” Al Romaithi said. “My manifesto is underpinned by my values, values that have been instilled in me through a lifetime of service to my country and my continent.

“Integrity, transparency, fairness and respect are the fundamental principles by which I live my life and they will become the bedrock of my presidency.”

Under Al Romaithi’s leadership the AFC will become a confederation that decides issues for itself and achieves fair representation on the world stage.

“I am committed to increasing the number of quota places available for Asian teams at all FIFA competitions and ensure extra funding from FIFA is made available for all Member Associations,” he promised.

Al Romaithi will begin a three-week tour of Asia sharing and discussing his manifesto for reform with football and sporting leaders across the region leading up to the AFC Session in Kuala Lumpur, Malaysia on 6 April.

“Football gives hope for a better world,” Al Romaithi said. “That is why I want to create a confederation that is based on excellence and that is fair and equal for all.

“To prepare for that future we must begin today.” 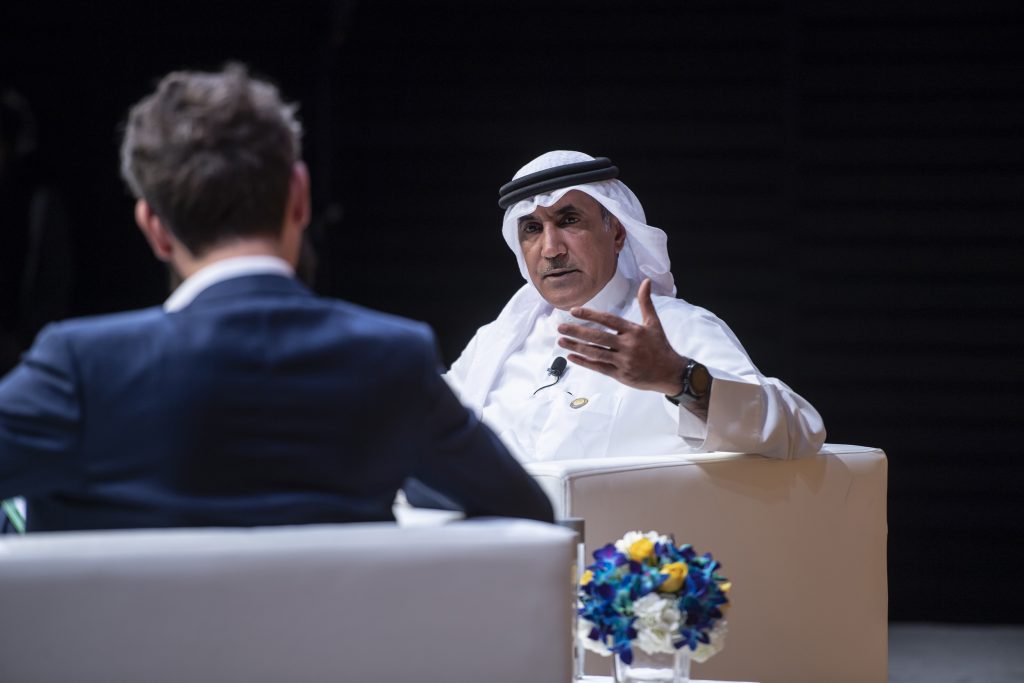 On Asia’s football leaders failing to deliver the growth the continent deserves:
“Our beautiful game has been tainted and tarnished. Its riches have been emptied into the pockets of a few. Its lifeblood has been drained, its soul has been sold.”

On a key manifesto policy designed to ensure football develops across the whole of Asia:
“I pledge to make football fair by creating a new Fair Fund which will invest $320 million in the development of football across Asia. This will be governed by the Fair Index which will ensure all funding applications are based on means testing.

On his vision for the future of Asian football:
“I want every boy and girl from every nation, every faith and every age to have the chance to play football and one day dream of lifting the World Cup.”