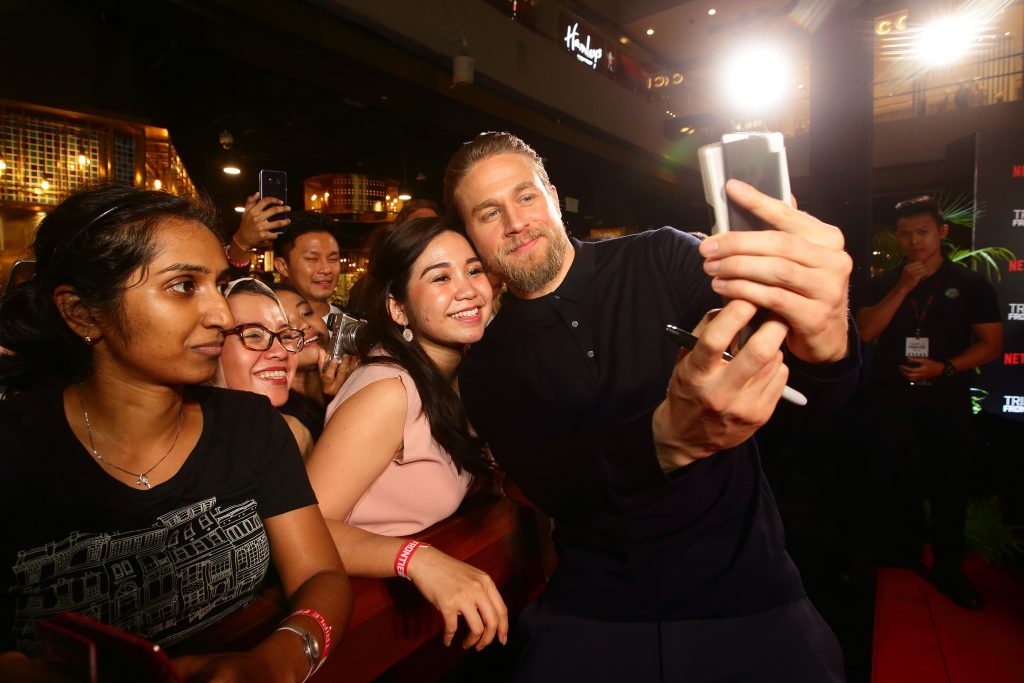 Charlie Hunnam attends the fan event for the Singapore premiere of Triple Frontier on March 8, 2019 in Singapore. (Photo by Suhaimi Abdullah/Getty Images for Netflix)

Fans in Singaporean fans got a unique opportunity to get up close and personal withNetflix film Triple Frontier’s stars Ben Affleck, Charlie Hunnam, Garrett Hedlund and producer Chuck Roven at a fan and media event at The Shoppes at Marina Bay Sands on Friday (March 8, 2019).

Triple Frontier will launch on Netflix on March 13, 2019. 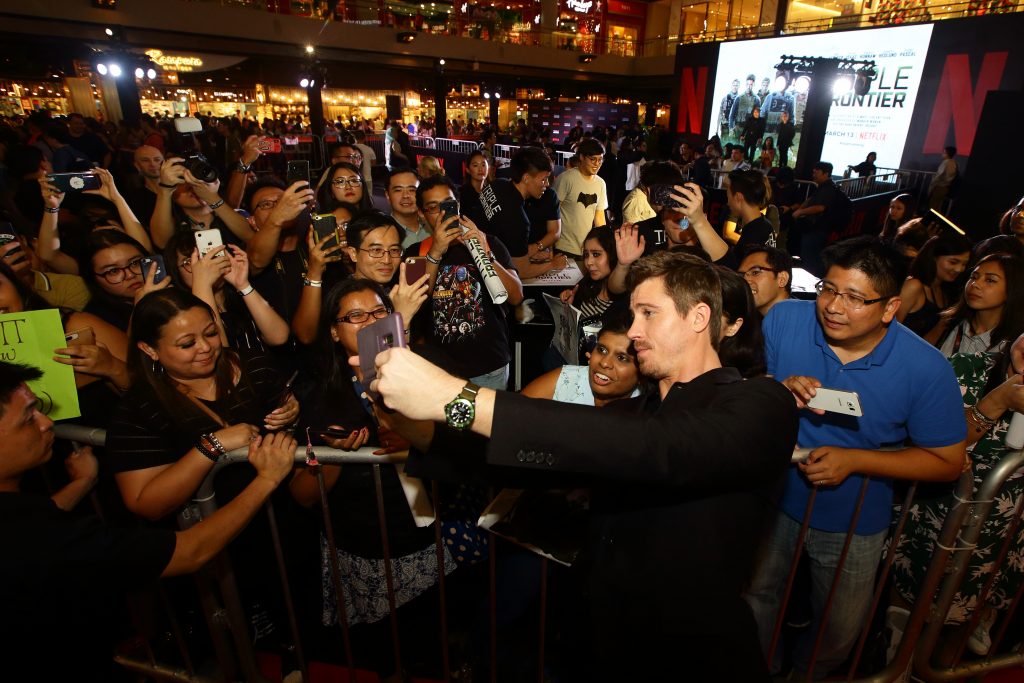 Garret Hedlund attends the fan event for the Singapore premiere of Triple Frontier on March 8, 2019 in Singapore. (Photo by Suhaimi Abdullah/Getty Images for Netflix)

For the first time in their prestigious careers these unsung heroes undertake this dangerous mission for self instead of country.  But when events take an unexpected turn and threaten to spiral out of control, their skills, loyalties and morals are pushed to a breaking point in an epic battle for survival.

The film is directed by Academy Award® nominee J.C. Chandor (Margin Call, All Is Lost, A Most Violent Year) and co-written by Chandor and Academy Award® winner Mark Boal (The Hurt Locker, Zero Dark Thirty).

Get more details at netflix.com/triplefrontier