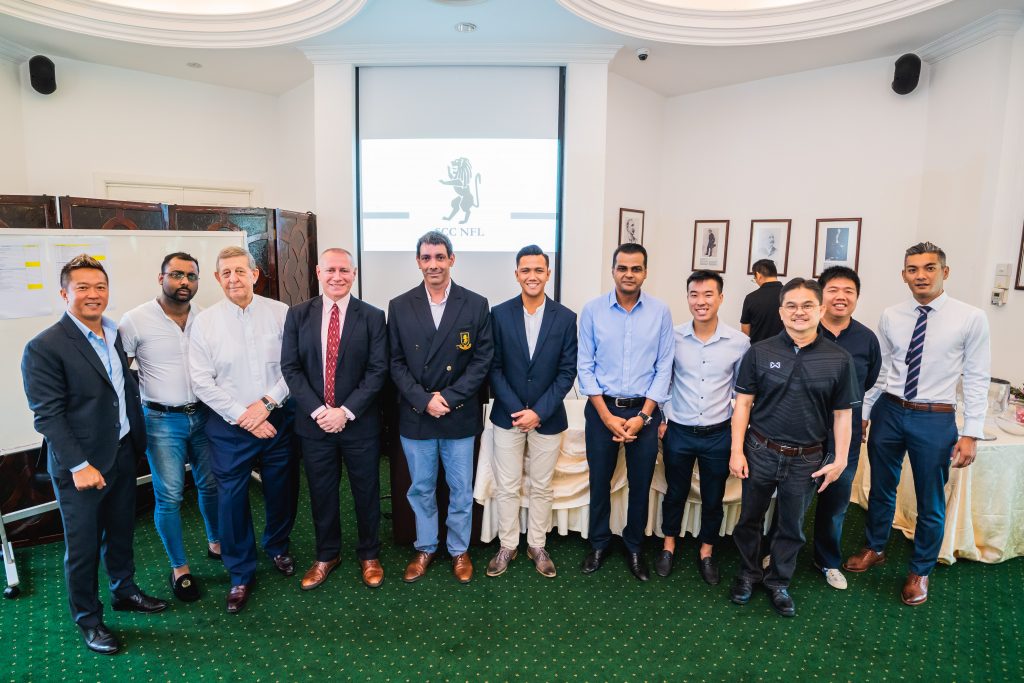 The annual Singapore Cricket Club (SCC) Soccer 7s returns to Singapore with a record number of teams set to play at the iconic Padang field from 23 to 24 March 2019.

Of these, 17 are overseas teams, from Malaysia, Indonesia, Thailand, Japan and Hong Kong, including
the Hong Kong Football Club which is increasing its strength by fielding two teams each in the Open and Masters categories.

This year, the SCC First will fight to regain the Open Champions title which it won in 2017 and 2018.

Yokokama CAC from Japan, which will be making its 11 th appearance and was last year’s Open Cup Runner-Up,  will return to wrestle the Open Cup title from SCC Firsts.

The tournament will have Nayim (Mohammed Ali Amar) – the Spanish retired central midfielder most popularly known for scoring a last-minute goal for Real Zaragoza in the 1995 UEFA Cup Winners’ Cup Final against Arsenal, with a 40-yard lob in the final minute of extra time.

Nayim will be playing for local team Bruce James Select in the Legends category, which will see nine other Singapore teams – including SCC Legends – compete alongside the veterans’ team fielded by Bangkok Airways and Malaysia’s Penang Sports Club.

In conjunction with the SCC Soccer 7s, the Chelsea FC International Development Centre Singapore will be conducting a training session on Friday, 22 March 2019, for the two visiting youth teams – Youth Football Home (Phuket, Thailand), a home for orphaned and destitute children and Bali Sports Foundation (Bali, Indonesia), a foundation that works on improving the lives of people with disabilities through sports and play.

The Singapore Cricket Club’s Football Section has been helping to host and support these two teams at the SCC Soccer 7s tournament for many years now as part of its commitment to youth development by providing opportunities for these youths to travel, learn and gain new experiences while playing and competing at a regional level.

Welcoming everyone to the tournament, SCC President Sher Baljit Singh said, “It is with great pleasure that we warmly welcome back all participating teams, officials and supporters to the Singapore Cricket Club’s Soccer 7s tournament. This year sees the participation of 60 teams from Singapore and around the region – up from last year’s 54 teams – and we are also excited for the inaugural Corporate category that will see eight organisations play against one another. 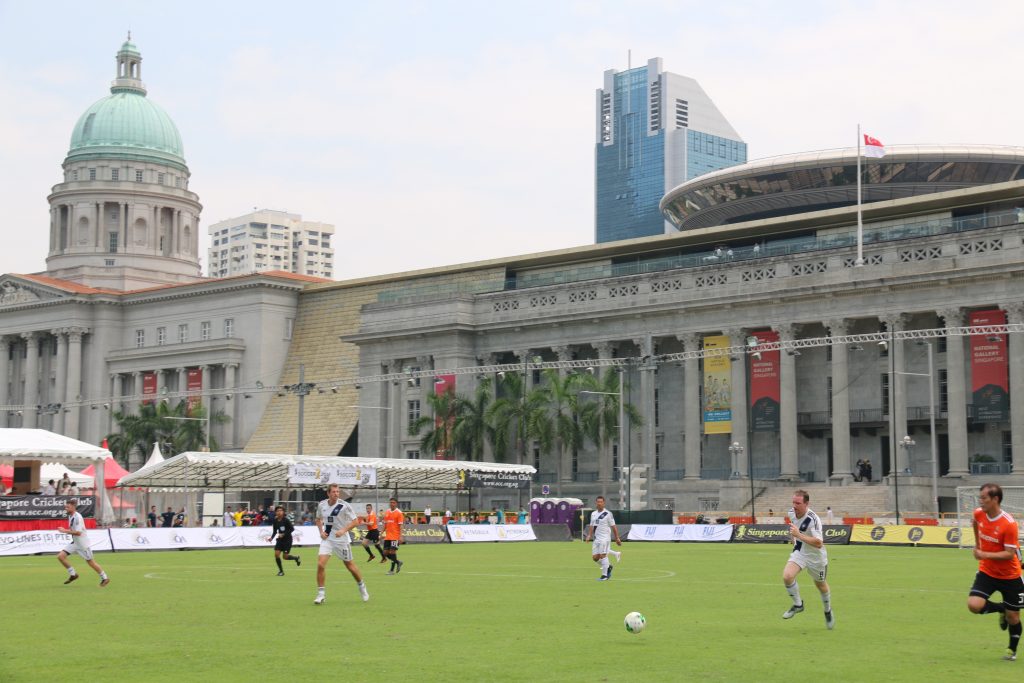 Action from a previous edition of the SCC Soccer 7s

“We welcome the public to join us on the Padang for an exhilarating football weekend and adrenaline-pumping display of athletic prowess and sportsmanship on 23 and 24 March.”

Amos Boon, Chairman of the tournament’s organising committee, said, “We are extremely encouraged by this year’s participation of a total of 720 registered players, all descending upon the iconic Padang field for this tournament. We are also excited for the inaugural Corporate category and are confident this will be the start of a popular competition where organisations can play together and grow as stronger teams while also having the opportunity to build stronger networks with one another.”

The tournament ground will also host a carnival area and a special Sunday Sunrise Yoga session led by event partner Om & Away on the Padang Field on Sunday, 24 March 2019, from 7.30am to 8.30am.

Sunrise Yoga at The Padang

Said Boon: ”With the support of our partners and sponsors, we have organised a great tournament of
dynamic sporting action and fringe activities for the players and football fans who will be joining us to cheer the teams on.”

The SCC Soccer 7s is sanctioned by the Football Association of Singapore (FAS) and supported by Macoocoo, Raymond Weil, Park Group Hotel, Tiger Beer and other official partners.

The event takes place on 23 – 24 March 2019 at the Singapore Cricket Club, Padang Field.
“Like” and “follow” us at @SccSoccer7s for updates, news and live streaming of tournament matches.
( https://www.facebook.com/SccSoccer7s/ )

ABOUT SCC SOCCER 7s:
Date: 23 March and 24 March 2019 (Saturday and Sunday)
Time: 8.30am – 6.45pm on Saturday, 8.50am – 6pm on Sunday.
Venue: Padang Field at Singapore Cricket Club
Admission: Free for Public at all areas except SCC clubhouse premises and designated zones.