Ariya jutanugarn during round two of the HSBC Women’s World Championship at Sentosa Golf Club on March 2, 2018, in Singapore.

SINGAPORE, 25 February 2019:  Some of the world’s best golfers arrived in Singapore on Monday
ahead of the 12th edition of the HSBC Women’s World Championship which tees off at Sentosa Golf
Club on Thursday.

Led by defending champion Michelle Wie and world No.1 Ariya Jutanugarn, players from the all-star
field touched down at Changi airport this morning, before grabbing valuable practice time on the New
Tanjong Course at Sentosa.

Frequently billed ‘Asia’s Major’, the HSBC Women’s World Championship features one of the most stringent qualification criteria of any golf tournament in the world. The no-cut event makes places available for the top 20 ranked players in the world according to the Rolex Women’s World Golf Rankings at the end of 2018; the winner of the last two editions of the championship; winners of all LPGA tournaments in 2018, together with the winner of the previous week’s Honda LPGA Thailand.

With three sponsor exemptions available, including the winner of the Regional Qualifying Tournament, the remaining places are allocated according to the 2018 LPGA Priority List.

With Korea’s Amy Yang winning in Thailand at the weekend, and having already qualified, the last place in the 63-player 2019 field goes to compatriot Mi Hyang Lee.

Flying the flag for Singapore is Amanda Tan (below) who secured her berth in the tournament following her dramatic victory in last month’s regional qualifier. 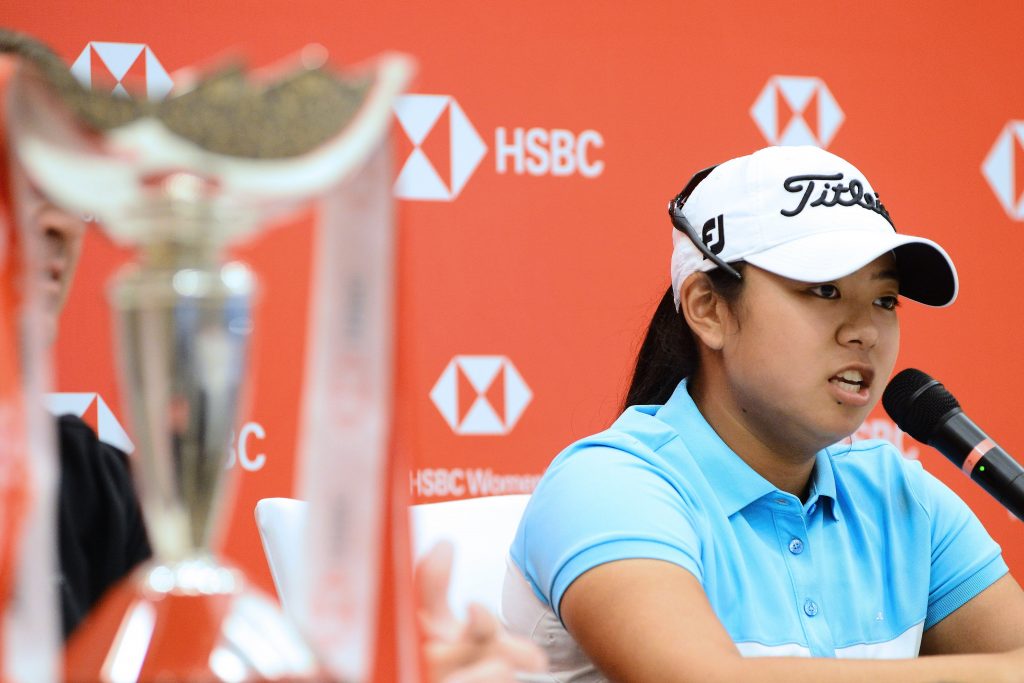 Speaking ahead of her third start in the tournament, the 20-year old, who turned professional in 2017, said: “I’m really looking forward to the whole experience again of being able to play in front of a home crowd. I’m looking to improve on my performance from 2017 and putting what I’ve learnt from playing on tour for two years into practice.”

Major winner Catriona Matthew of Scotland has been awarded a sponsor exemption on account of her unstinting dedication and life-long contribution to the game, while rising star Muni He of China gets a dream start to her 2019 season courtesy of tournament sponsor HSBC.

They join a field comprising 20 Major winners with some 33 Major titles between them and almost 400 international tournaments victories among the 63-player line-up.

With four days of first class action planned both inside and outside the ropes, the stage is set for yet another showpiece to add to the tournament’s storied record.

TICKET INFORMATION
General Admission
Single Weekday Ticket: [28 Feb or 1 Mar]: $22
Single Weekend Ticket: [2 or 3 Mar]: $29
Four-Day Season Ticket: [28 Feb – 3 Mar]: $82
Weekend Season Ticket: [2 & 3 Mar]: $53
Weekend Buddy Ticket: [2 Tickets for 2 or 3 Mar]: $53
Family Pair Ticket: [2 Tickets for 2 or 3 March (2 Adults + Min 1 Child)]: $50
HSBC Cardholders
25% discount off all tickets.
Please note that overseas HSBC Credit and Debit cards (as long as the HSBC logo is present) will also be
eligible for the above promotion.
HSBC credit/debit card must be used to qualify for HSBC customers promotion.
Senior Citizens
50% discount off Single Day tickets
Only applicable to adults aged 60 years and above. Concession holders unable to produce a valid ID upon admission are required to upgrade their concession ticket to a full-price