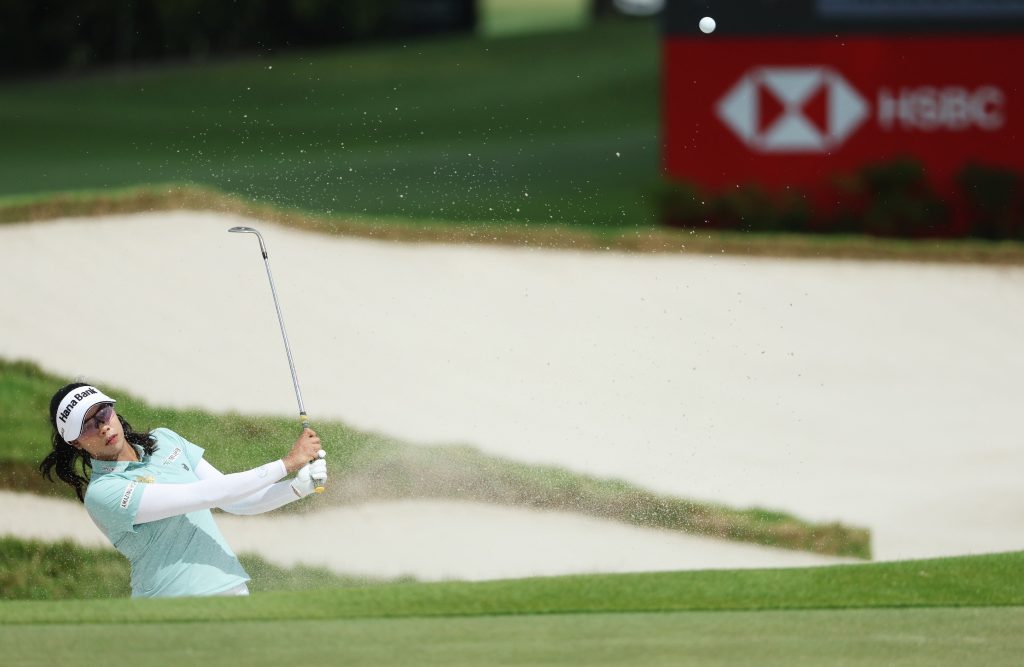 Patty Tavatanakit of Thailand plays a bunker shot  on the eighteenth hole during the First Round of the HSBC Women’s World Championship at Sentosa Golf Club on March 3, 2022, in Singapore. (Photo by Andrew Redington/Getty Images)

Patty Tavatanakit tops the leaderboard after Round One of the HSBC Women’s World Championship which teed off on March 3, 2022, at Sentosa Golf Club, Singapore.

In hot and breezy conditions, the 22-year old from Bangkok closed with a 5-under par 67 on The Tanjong, giving her a one-shot lead over second placed Koreans A Lim Kim and Inbee Park and Danielle Kang of the U.S. Underlining the caliber of the field competing for the championship, all four players are Major winners.

Tavatanakit said: “I feel like everything was pretty solid. A couple of shots here and there but overall I’m really happy with how I played. I’m pretty confident about my game right now. I feel like I found my inner peace just being on the course, and I just enjoy it a little bit more.

“I think my putting was solid. Everything just solid. Ball striking. I’d say I’d give it probably 7 out of 10. But overall I put myself in a really good position.”

Kang, who had held the outright lead before dropping consecutive shots on the 17th and 18th holes said: “I got off to a really hot start. It was just getting so hot at one point. And unfortunately, I think I just kind of checked out from golf for a little bit because I was more focused on trying to stay cool. I haven’t been in this kind of heat in a while.

“The finish is very frustrating. I’m not going to be happy with my round. It doesn’t matter how well you start. If you finish bogey, bogey, it’s just not a good finish. But I gave myself good chances. I hit some good shots. But I just misjudged the wind and misjudged the lie.  I really couldn’t focus. It was just tough to judge towards the end of the round today.” 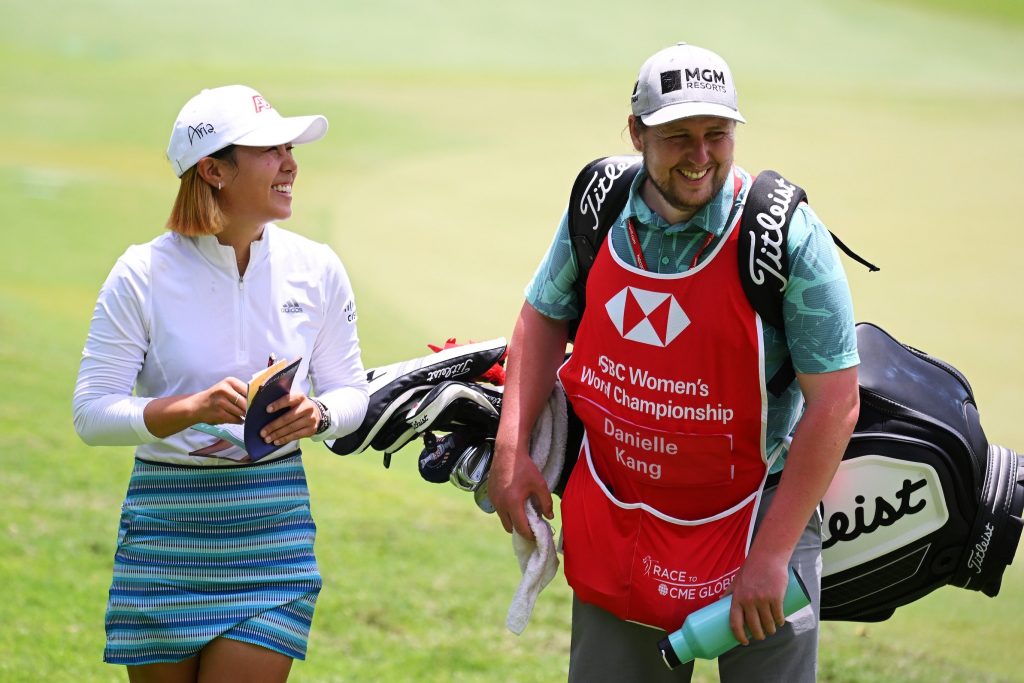 Danielle Kang of The United States and her caddie Olly Brett react on the eighth hole during the First Round of the HSBC Women’s World Championship at Sentosa Golf Club on March 03, 2022, in Singapore. (Photo by Ross Kinnaird/Getty Images)

Two-time winner at Sentosa, Inbee Park looked to be in imperious form, picking up four birdies on the front nine and one on the back, before a solitary bogey on the 18th hole.

Speaking about her first round, the former Olympic champion said: “I think this golf course really suits me. It is not overly long, and that really gives me some good advantage of playing with the long hitters.

“The course is playing really good for me. I mean, it has over the years, and it is this year as well. Everything was good today. Except for the final hole. I hit a mis-shot with the hybrid, but that was pretty much my only mis-shot out there today.”

Another Major champion and Olympic medallist to feature at the top of the board was former world No.1 Lydia Ko. The New Zealander had steadily worked her way up the leaderboard to take a share of the lead heading into the last, only to drop two shots on the 18th hole.

She joins 13 other players tied at 3-under par 69. In a rich vein of form, the 24-year old will be looking to add to her 17 Tour wins in Singapore this week.

Singapore’s Sock Hwee Koh who secured her berth in ‘Asia’s Major’ following her win in February’s National Qualifying Tournament closed with a score of 8-over par 80, one shot ahead of Chinese amateur Xiaowen Yin.

Koh Said: “It was my first time out there since 2016, I feel like I played better than the scores reflected. It’s nice to be out there. I had a pretty good draw playing with Yealimi (Noh) and Wichanee (Meechai) and the greens were very fast and firm. I’m going to chip and putt after this, and I just have to capitalise when I get the chance tomorrow.”

The Singapore Airlines Round of the Day was awarded to Round One leader Patty Tavatanakit.