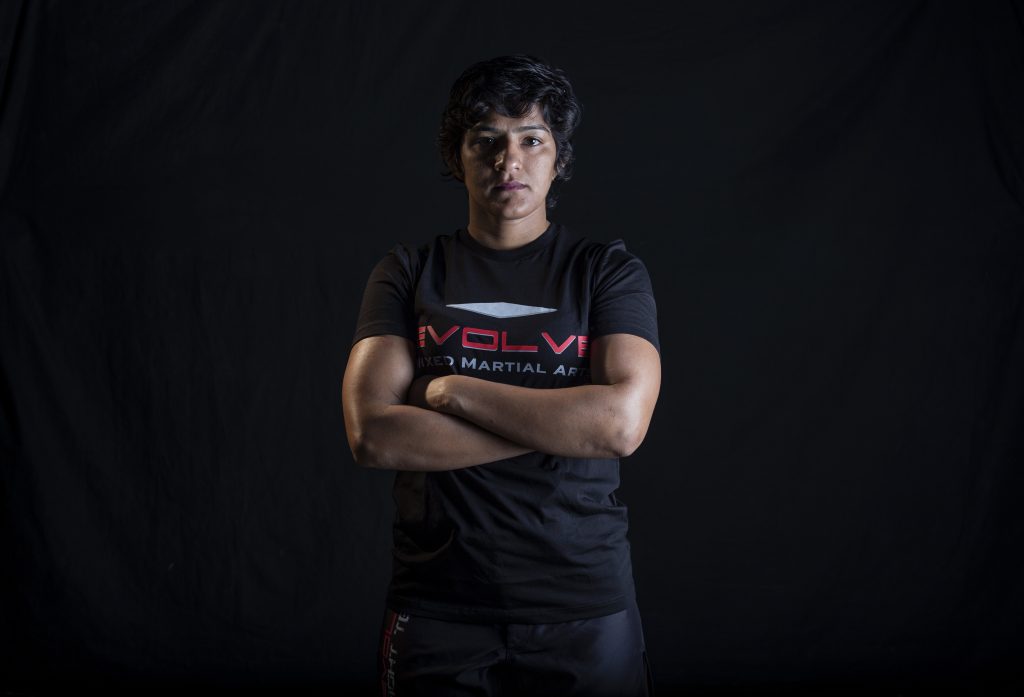 Originally from Haryana, India, Phogat is one of India’s top sporting superstars and one of the best wrestlers in the world, having finished 5th at the 2018 Wrestling World Championships despite only being 24 years old.

In 2016, she was the most expensive female wrestler at the Pro Wrestling League auction. She is a member of the famous Phogat family, whose story was immortalised in the blockbuster film Dangal, India’s highest grossing film of all time. Her sisters Geeta, Babita and Sangeeta and cousin Vinesh Phogat are also wrestling champions.

“We are very excited to have Ritu join the Evolve Fight Team. She is one of the world’s best wrestlers and we believe that she will be able to transition to mixed martial arts seamlessly. The experience she brings, having competed at the world’s highest levels of wrestling, will help her adapt to mixed martial arts quickly. Under the guidance of our World Champions, she will be able to learn the various martial arts efficiently, and we feel she has the potential to become a world champion in the future,” said Eduardo Pamplona, the Head Coach of the Evolve Fight Team.

Evolve MMA is Asia’s #1 martial arts academy and has the largest collection of World Champions on the planet. With the largest class schedules in Asia, containing over 700 classes a week, Evolve MMA has a comprehensive selection of martial arts classes, ranging from Muay Thai, Brazilian Jiu-Jitsu (BJJ), Mixed Martial Arts, Boxing, Kickboxing, Wrestling, and many more.

Evolve MMA’s mission is to unleash greatness in everyone through authentic martial arts under World Champions. Evolve MMA believes that martial arts is about the journey of continuous self-improvement of the mind, body, and soul and one of the greatest platforms to unleash human potential.