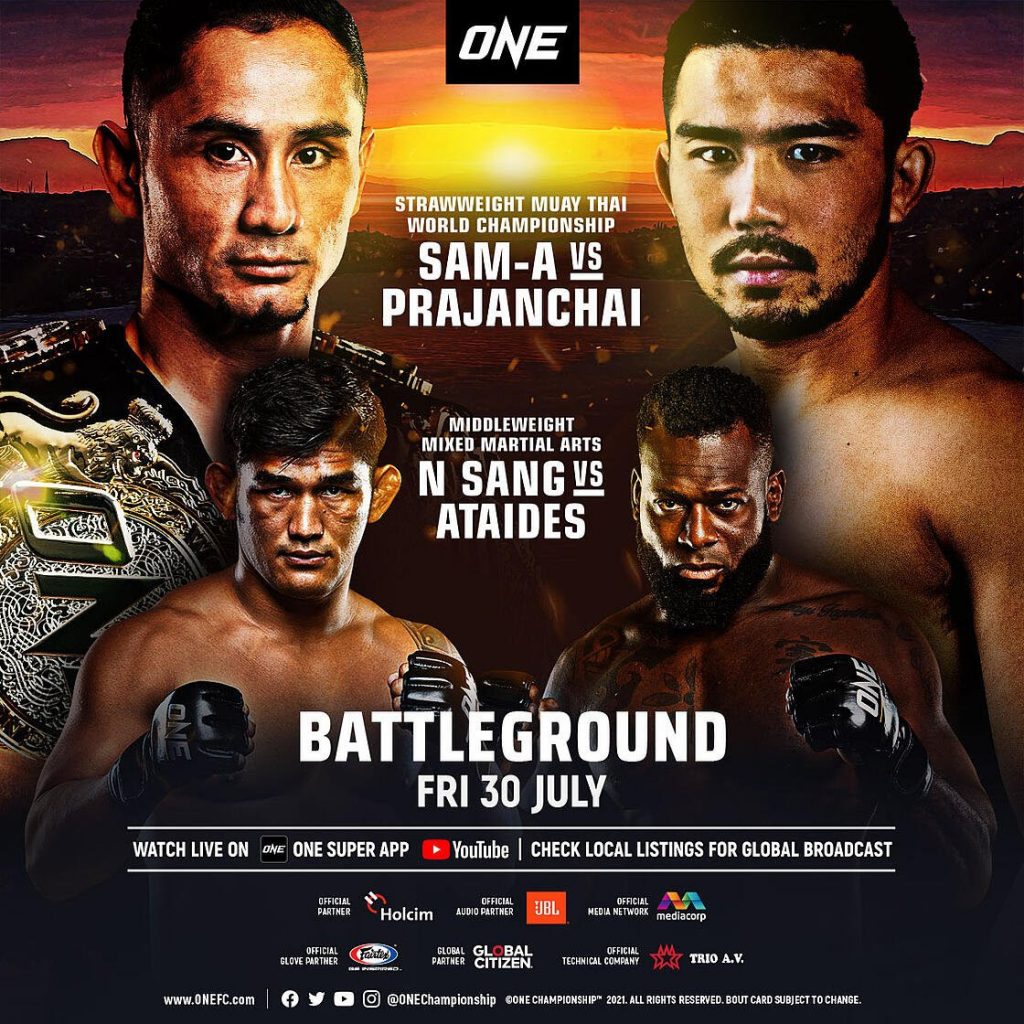 ONE Championship™ (ONE) has announced the full card for ONE: BATTLEGROUND, which will be broadcast live from the Singapore Indoor Stadium on Friday, 30 July.

Also featured on the card is a battle of top-ranked featherweight kickboxers, as Sitthichai Sitsongpeenong (#4) faces the debuting Tayfun Ozcan (#5). Indian star Ritu Phogat and Singaporean-American prodigy Victoria Lee will also be in action.

ONE is working closely with the relevant government agencies and industry stakeholders to ensure the highest standards of health and safety for the closed-door event. There will be no live audience at this closed-door production.