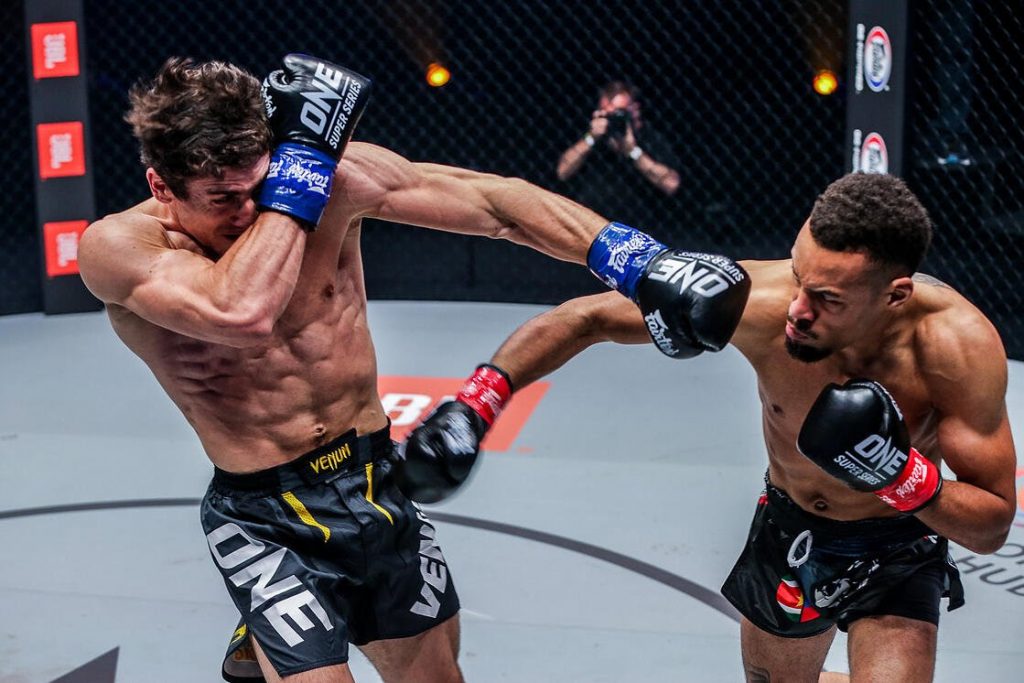 ONE Championship™ (ONE) returned with ONE: WINTER WARRIORS, which aired live from the Singapore Indoor Stadium on December 3.

The card featured a battle for the ONE Lightweight Kickboxing World Title, the conclusion of the historic ONE Women’s Atomweight World Grand Prix and other exciting martial arts contests.

In the main event, reigning ONE Lightweight Kickboxing World Champion Regian Eersel continued his reign of dominance after going to war with Islam Murtazaev to secure a split decision and retain his World Title.
Murtazaev was aggressive from the start, pushing the pace with a torrent of flashy combinations. Eersel timed his responses well, countering with efficiency, and both fighters had their moments in a fairly even second round.

Eersel came alive in the third, as he pressured an exhausted Murtazaev along the Circle Wall. The championship rounds then saw the Dutch-Surinamese striker establish himself even further, as he eked out a close victory, extended his winning streak to 18, and moved to 6-0 in ONE.

Phogat was aggressive with her takedowns early, closing the distance on Stamp, who attacked with kicks from range. However, the former ONE Atomweight Muay Thai and Kickboxing World Champion showcased great takedown defense, preventing Phogat from advancing her positions.

In the second round, Stamp locked in a triangle choke after Phogat took her to the mat. She then quickly transitioned to an armbar, which forced the tap at the 2:14 mark.

Akimoto was aggressive to start, firing off a myriad of powerful combinations in the first round. With a sense of urgency, Qiu came back in the second frame with sharp counters, but Akimoto did not back down.

In the final round, the Japanese athlete did just enough to outstrike Qiu and take home the unanimous decision victory.

In a pivotal lightweight mixed martial arts clash, #3-ranked Dagi Arslanaliev and #5-ranked Timofey Nastyukhin put on a show. It was an intense battle from the opening bell, as both men traded destructive blows in the Circle.

A furious second frame from Arslanaliev nearly had the Russian out on his feet, but the latter survived the onslaught. In the final round, the Turkish star connected with a thunderous right hand that slept Nastyukhin almost instantly, ending matters at just 49 seconds into round three.

Brazilian Jiu-Jitsu legend Marcus “Buchecha” Almeida made quick work of previously unbeaten knockout artist Kang Ji Wong, submitting the South Korean midway through the first round. “Buchecha” wasted no time with a takedown. Once on the mat, he swiftly took the back and locked in the rear-naked choke to force the tap at the 2:27 mark.

Kicking off an explosive card was #3-ranked flyweight contender Yuya Wakamatsu, who dominated rising star Hu Yong on all fronts to earn a landslide unanimous decision on the judges’ scorecards. Wakamatsu connected early with several powerful right hands that hurt Hu, and he secured a plethora of takedowns across all three rounds to seal the victory.