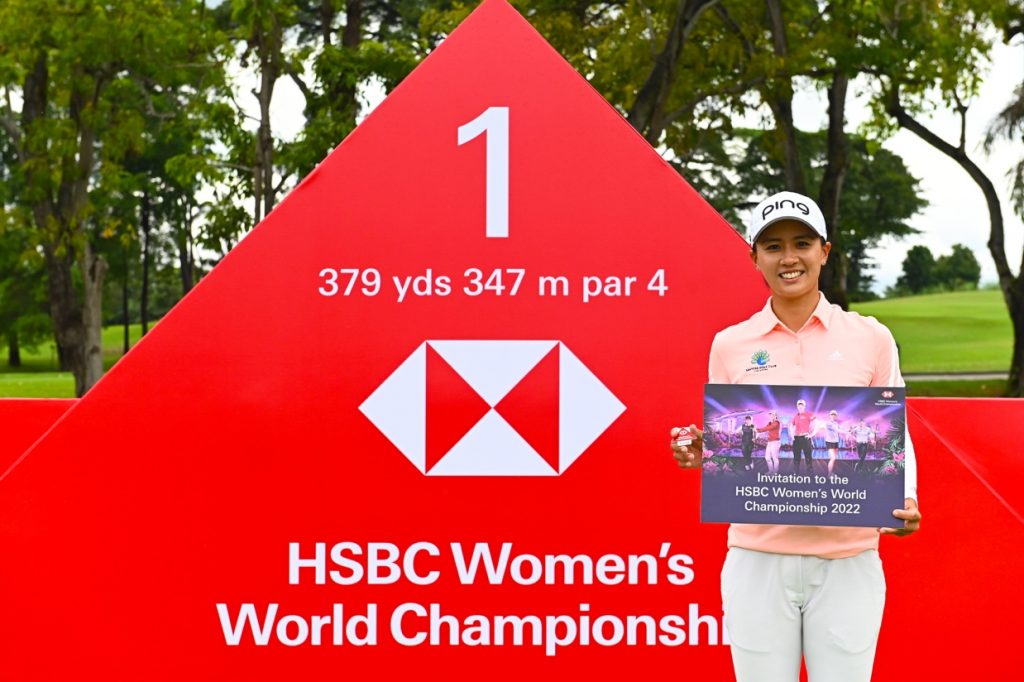 Playing at her home club, the 33-year old carded a second-round score of 75 to go with her first round 73, to claim an impressive two-shot win over Singapore No.1 Amanda Tan who shot rounds of 76 and 74.

Amateur Aloysa Atienza, 24, finished in third place with an aggregate score of 158.

Speaking about her appearance in the HSBC Women’s World Championship, which returns to Sentosa from 3rd to 6th March, Koh said:

“It means a lot because it’s the first really competitive round that I’ve played in two years, so glad to have hung on and sealed the deal.

“I’m definitely really excited because the last time I played, I believe it was 2016, so that’s quite a few years ago. This year is a bit more special because we haven’t been able to compete the past two years due to Covid, so everybody wanted that spot because it’s Asia’ Major.

“It’s the qualifier everybody wants to play in. It’s the one event everyone wants to win, so we get that spot to play in HSBC Women’s World Championship. It’s a great start for us, because we have a bit of home advantage, familiar with the course and conditions.

“For me as a pro, it’s good to see the gap – how the others prepare for a tournament, what they do during practice round and during the week that separates them from us. The HSBC Women’s World Championship is great for golf, especially ladies golf in Singapore, so a lot of aspiring juniors can work towards competing in this event.”

Asked who she would most like to tee-off with in two weeks’ time, Koh added, “I would like to play with Lydia Ko, I played with her as an amateur, I think it was 2011. She’s in great form now, and it would be nice to play with her again.”

Despite the disappointment, Amanda Tan, who was also vying for a fourth start in the tournament, was philosophical about her result:

“I thought I played pretty good on the front 9, made some really good saves. But a bit more sloppy on the back 9 so that cost me. And the last hole, I had about 7-8 feet for par, and obviously I didn’t make it. But it’s all good. Move forward, learn from this week and keep improving I guess.”

In addition to a place in the HSBC Women’s World Championship, Sock Hwee Koh also received a uZap Massage Gun and a uDiva 3 Massage Sofa from tournament partner OSIM.

The field of 66 players will be determined as follows:
Players ranked No. 1-20 on the Rolex Rankings as of the commitment deadline.
Tournament winners from all Official LPGA Tournaments from the 2021 HSBC Women’s World Championship through the 2022 LPGA Drive On tournament, including both winners from the 2021 Dow Great Lakes Bay Invitational. Spots in the field will be held for the winners of the 2022 Hilton Grand Vacations Tournament of Champions, the 2022 Gainbridge LPGA at Boca Rio and the 2022 LPGA Drive On tournament.)
The winner of the 2021 Hugel-Air Premia LA Open.
HSBC Women’s World Championship winners from 2019 and 2021.
Five (5) Sponsor Invites
* Alternates for the Sponsor Invites will be determined by the Tournament.
* If there is not a Sponsor Invite available, the spot will then be filled by the next available LPGA Member from the LPGA Alternate List.
The remainder of the field will be filled by LPGA Members, ranked in the order of their position on the current-year Priority List as of the commitment deadline.
Alternates will be filled by Members from the current-year Priority List, ranked in the order of their position on that list.