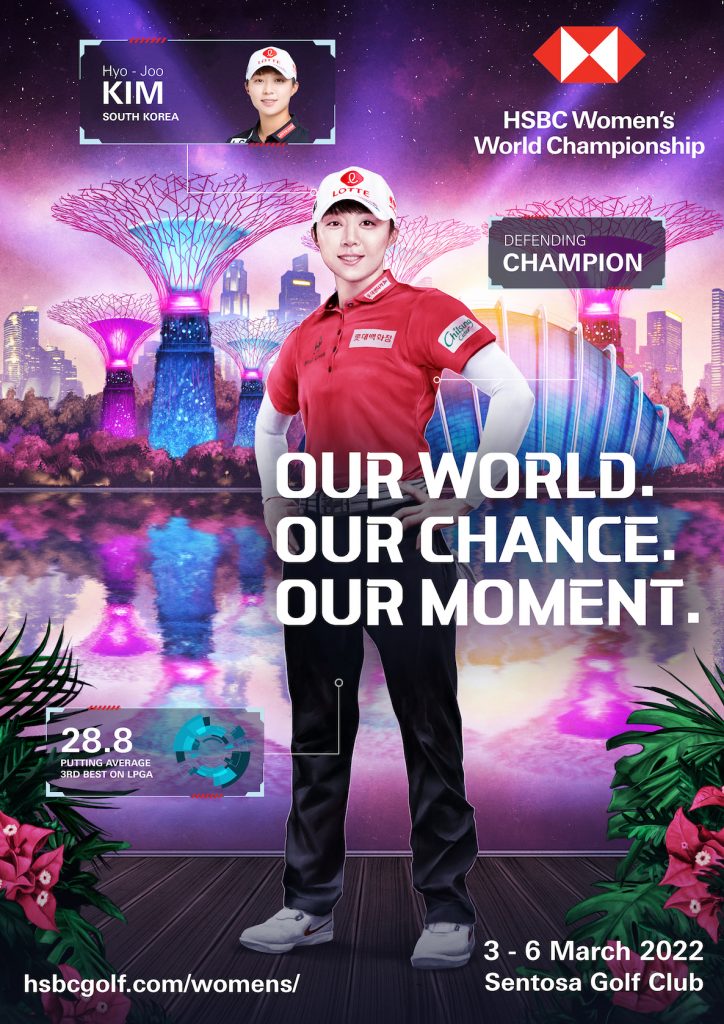 This year’s tournament, played in late April, was the first major sports event to take place in Singapore since COVID-19 stopped play, with Hyo Joo Kim triumphing after a tense back and forth final day battle with fellow major winners Inbee Park and Hannah Green.

The 2014 Evian Championship winner delivered a stunning final round 64 to secure her first victory on the LPGA Tour in five years and claim her fourth LPGA title by a single shot margin.

Kim, the sixth Korean winner of the HSBC Women’s World Championship and currently ranked No.9 on the Rolex World Rankings, is already looking forward to her return to Singapore.

She said: “To win such a big event after not having won for such a long time felt so amazing. The tournament has had so many unbelievable winners – almost all of them major winners – that it felt like such a huge win for me. The players kind of refer to it as ‘Asia’s Major’ and it definitely felt like a huge career moment for me winning against such a world-class field.”

Hyo Joo Kim of South Korea poses with the winner’s trophy after winning the HSBC Women’s World Championship at Sentosa Golf Club on May 02, 2021 in Singapore. (Photo by Yong Teck Lim/Getty Images)

The 26-year-old added: “All of the players appreciated how hard IMG and the Singapore Government worked to enable us to travel to Singapore to play this year with all the international travel restrictions in place, so it was nice to be a part of such an exciting final day and to manage to come out on top. I am going to be very proud to stand on the first tee at beautiful Sentosa and be announced as the defending Champion next year so I can’t wait to see everyone in Singapore in March!”

The tournament will once again be played on the renowned Tanjong Course at Sentosa Golf Club, hosting its ninth edition of the tournament.

Sentosa Golf Club is a leading light in driving sustainability initiatives in golf around the world and was recently named ‘World’s Best Eco-Friendly Golf Facility’ at the annual World Golf Awards for the second consecutive year. 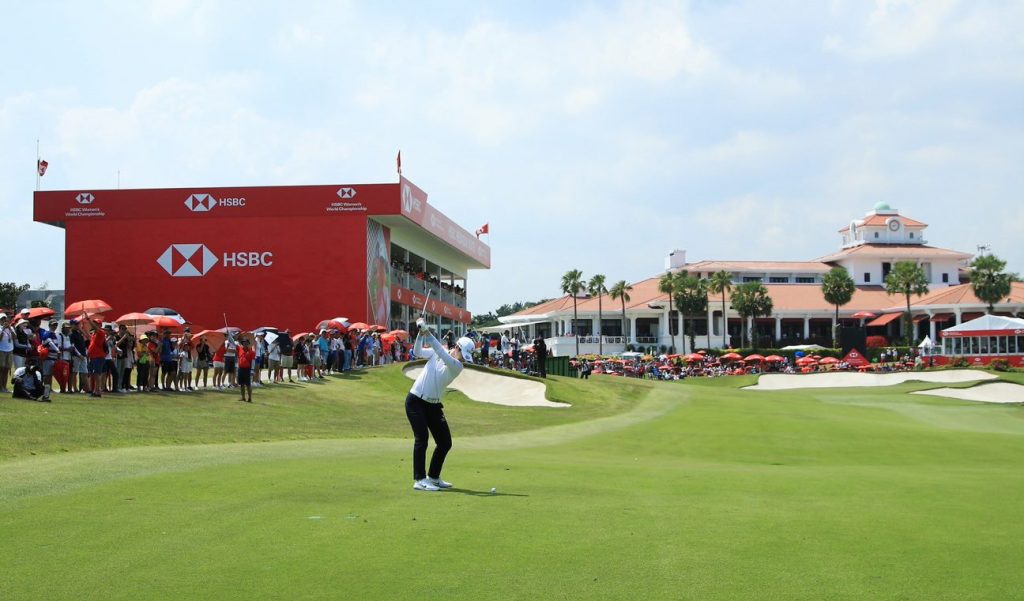 With the aim of becoming carbon neutral in 2022, the club has been utilising carbon mitigation measures including achieving Singapore’s Green Mark (Platinum) certification through enhancing the energy efficiency of its clubhouse, becoming the first golf club in Asia to grind down food and horticultural waste to reuse as fertiliser on the golf courses and increasing the efficiency of its irrigation system by deploying some 1,200-water saving single-head control sprinklers across the property.

The tournament organiser IMG continues to work closely with the Singapore Government on the logistics of holding the 2022 HSBC Women’s World Championship in Singapore with strict adherence to Government guidance and advice. This year the event was played without spectators and with COVID-19 restrictions still firmly in place in Singapore, no decisions or announcements regarding  attendees at the 2022 edition will be made until closer to the event.

The field of 66 players will be determined as follows:

Players ranked No. 1-20 on the Rolex Rankings as of the commitment deadline.
Tournament winners from all Official LPGA Tournaments from the 2021 HSBC Women’s World Championship through the 2022 LPGA Drive On tournament, including both winners from the 2021 Dow Great Lakes Bay Invitational. Spots in the field will be held for the winners of the 2022 Hilton Grand Vacations Tournament of Champions, the 2022 Gainbridge LPGA at Boca Rio and the 2022 LPGA Drive On tournament.)
The winner of the 2021 Hugel-Air Premia LA Open.
HSBC Women’s World Championship winners from 2019 and 2021.
Five (5) Sponsor Invites
* Alternates for the Sponsor Invites will be determined by the Tournament.
* If there is not a Sponsor Invite available, the spot will then be filled by the next available LPGA Member from the LPGA Alternate List.