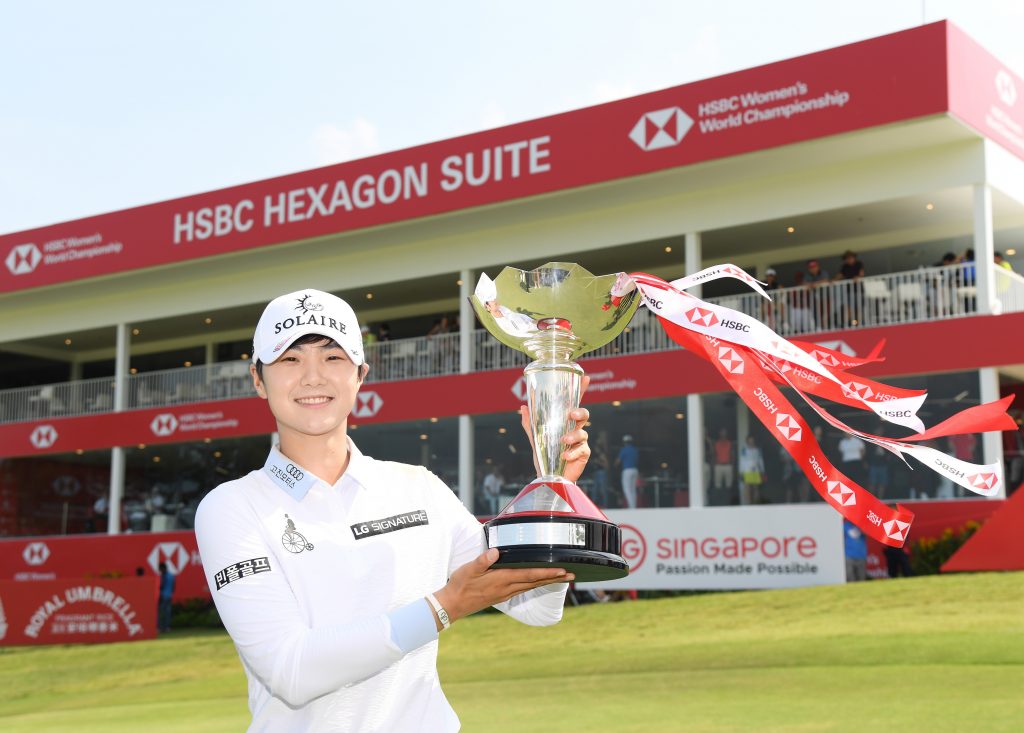 Sung Hyun Park of South Korea celebrates with the winner’s trophy after the final round of the HSBC Women’s World Championship at Sentosa Golf Club on March 03, 2019 in Singapore. (Photo by Ross Kinnaird/Getty Images)

SINGAPORE, 3 March 2019 – World No. 2 Park Sung Hyun saved her best until last at Sentosa Golf Club on Sunday to claim one of the most coveted golf trophies in Asia.

The 25-year old lit up the New Tanjong course in round four, shooting the lowest round of the tournament to finish two shots ahead of second placed Minjee Lee at 15 under.

Tied in eighth place overnight, Park notched up birdies on the first three holes and a further two on holes six and seven. Dropping a shot on the par-five eighth, it looked for a moment as though the five-time Tour winner might wobble, but a further four birdies after the turn was too great for the chasing pack, as she carded eight under for the round.

This is her sixth victory on the Tour and takes her past the US$4 million mark in LPGA Tour career earnings.

Park said after her win: “I’m really, really, really delighted and happy with my play today, and I think today is one of the best days that I am playing so far on the LPGA Tour. I didn’t think I would win this fast and I’m really happy. I am used to having a tough start to the season these last few years, and with this win coming so fast, I think I will play really comfortably for the rest of the year.”

For the first half of the round it looked as though it was going to be Lee’s day. The Australian World No. 3 made three birdies on the front nine but an even par back nine, which included a birdie on 12 followed by bogey on 14, wasn’t enough to keep Park at bay. 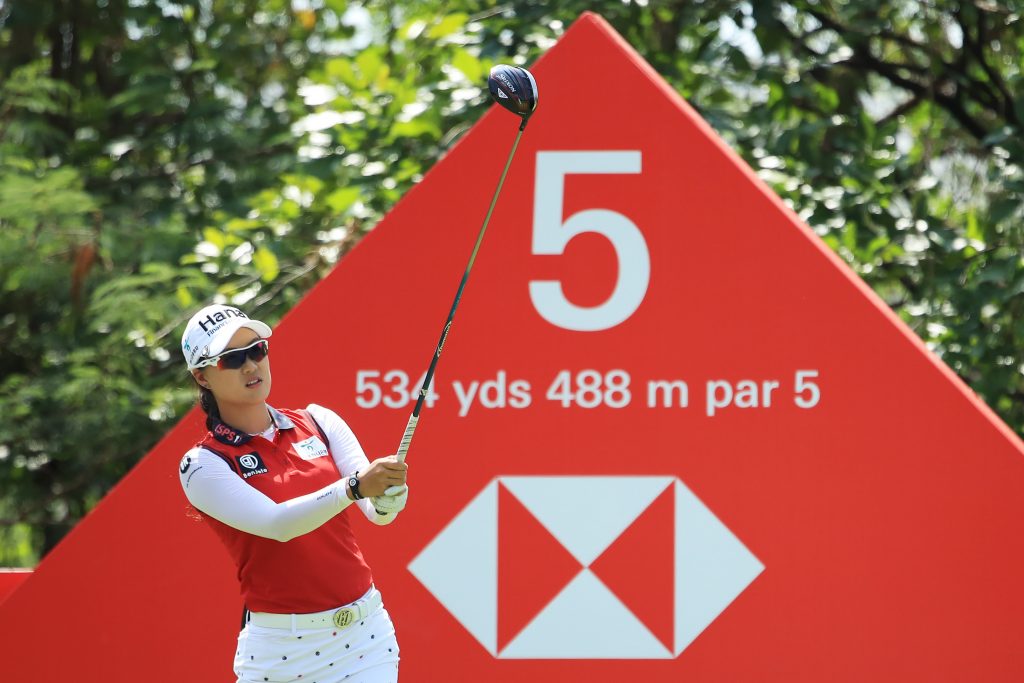 Minjee Lee of Australia plays her shot from the fifth tee during the final round of the HSBC Women’s World Championship at Sentosa Golf Club on March 03, 2019 in Singapore. (Photo by Andrew Redington/Getty Images)

It’s the second consecutive week that Lee has finished runner-up, but she was magnanimous with the result. Speaking about Park’s performance, she said: “I think it was probably coming. She was playing well yesterday, too. Probably all week. She looked like she was hitting it really well. Striking it well. Congratulations to her. Nobody can really go wrong with an eight under on the final day. She did really good.

“But I feel like I’ve had a really good two weeks, and hopefully it just sets me up for the year.”

Tied in third place, two shots further back at 11 under were Jin Young Ko of South Korea and Azahara Munoz of Spain. The Spaniard, who lost out to Paula Creamer in a play-off in 2014, played some consistent golf carding 71, 68, 69 and 69 over four rounds.

“I’m really happy. Obviously I really wanted to be in contention. I still played really well today and I’m so happy, three top-fives at the beginning of the year, and I’m going to keep working on the same things and hopefully have a good season,” said Munoz.

For overnight leader, Ariya Jutanugarn, the wait for her first win in Asia continues. The World No. 1 wasn’t able to repeat the kind of form she had shown over the first three rounds. 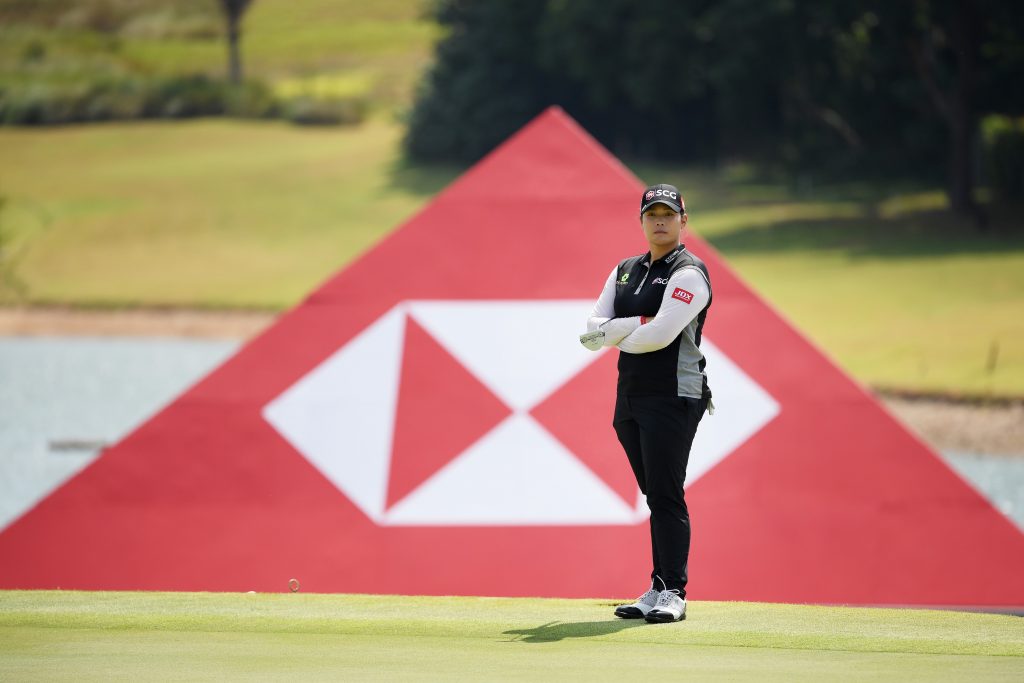 Ariya Jutanugarn of Thailand stands on the fifth green during the final round of the HSBC Women’s World Championship at Sentosa Golf Club on March 03, 2019 in Singapore. (Photo by Ross Kinnaird/Getty Images)

The Thai dropped two shots after hitting the water on the fourth, before picking up a birdie on eight. Despite two birdies on 10 and 11, a second double and two further bogeys on the back nine saw Asia’s biggest prize escape her grasp.

Said Ariya: “It’s always tough, every day. Sung Hyun, she’s such a great golfer; I’m not surprised she shot eight under because she’s the best to me, so just congratulations to her. She’s great. I just had one bad day, but overall in the week, I did a good job.”

Singapore’s Amanda Tan put in a much-improved final round, carding five-over 77. While it wasn’t the result she was looking for, the 20-year old was philosophical about her third outing at ‘Asia’s Major’. 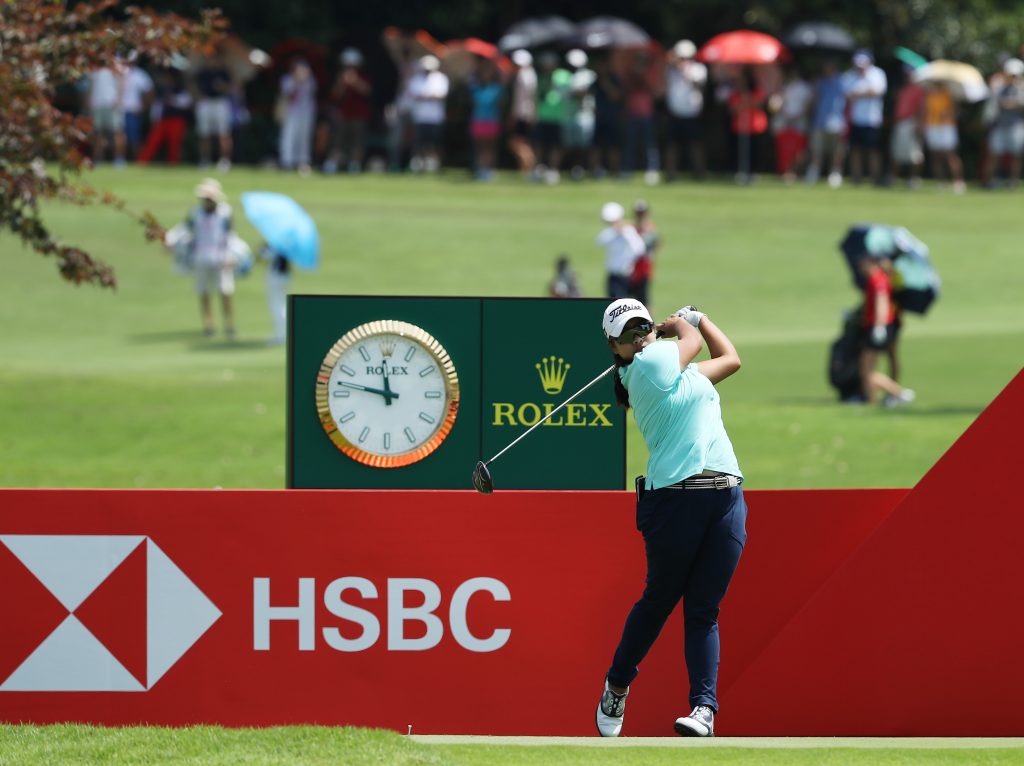 Amanda Tan of Singapore plays her shot from the 16th tee during the final round of the HSBC Women’s World Championship at Sentosa Golf Club on March 03, 2019 in Singapore. (Photo by Lionel Ng/Getty Images)

Said Tan: “Although it hasn’t quite been the week I was looking for, I have learnt a lot about myself and my game. This week I struggled a lot with my putting and also course management. Moving forward to the rest of the year, I’ve learnt more about how to handle myself better when I am not playing well, especially during the first round.”

As the 12th edition of the HSBC Women’s World Championship draws to a close, Sung Hyun Park adds her name to a list of champions that includes some of the true greats of the game including Lorena Ochoa, Karrie Webb, Ai Miyazato, Paula Creamer, Park Inbee and Michelle Wie.