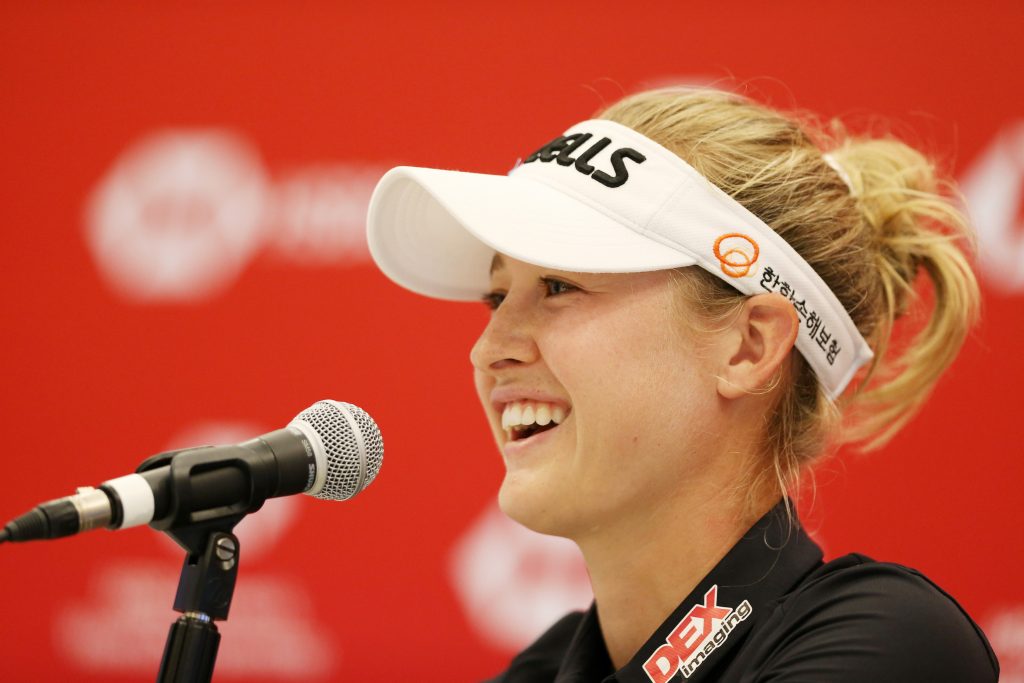 Nelly Korda of the United States speaks to the media during a press conference prior to the HSBC Women’s World Championship at Sentosa Golf Club on February 27, 2019 in Singapore. (Photo by Lionel Ng/Getty Images)

SINGAPORE, 26 February 2019: World’s No. 8 golfer Nelly Korda will be one to watch at this week’s HSBC Women’s World Championship when the action gets underway on the New Tanjong course at Sentosa Golf Club on Thursday.

Runner-up to Michelle Wie in 2018, Korda joins the tournament in a rich vein of form that puts her
top of the LPGA Tour’s 2019 Race to the CME Globe. With two wins and a second, third and seventh  finish in her last six outings, the 1.78m-tall American is enjoying the best form of her professional career.

Asked if she felt a need to work on her mental approach to the game, the 20-year old said: “Not really. I was pretty lucky with it. My parents always refer to me as the lion because I just see something and I go after it. I’m always pretty determined. So, I’ve always kind of had that aspect, but I think just playing so much competitive golf, even at a young age, kind of builds it.”

Growing up in the ultra-talented – and equally determined – Korda family, it should come as no
surprise that Nelly has what it takes to win on the international stage. That she has been able to
make her mark on the LPGA Tour so early in her career is impressive by anyone’s standards.

Defending champion Michelle Wie returns to competition for her second start of the 2019 season after she made her season debut at last week’s Honda LPGA Thailand, where she finished T23.

Last year, Wie carded a final-round 7-under 65 for one of the largest come-from-behind victories after a five-shot deficit.

“It’s great. Singapore is definitely one of my favourite spots out of the year. It’s a tournament that I look forward to all year, and it’s definitely a different experience coming back as defending champion,” she said.

This week marks Wie’s 10th appearance at the event and she is joined by World No. 1 Ariya Jutanugarn, along with the top 15 players in the Rolex Women’s World Golf Rankings, including No. 5 Park Inbee, who is making her season debut.

The top world ranking hasn’t really changed Ariya. The 23-year-old is focusing on things in her control instead of the outcome, taking each week and each shot as a learning opportunity to help her work towards finding her best form.

“I feel like (the ranking) hasn’t changed me much. The only thing changed is my ranking, like No. 2 a to No. 1. Nothing much has changed,” said Ariya, who returned to the No. 1 spot last October.

Singaporean favourite and Sentosa member Amanda Tan will be out on the 10th tee at 10.52am and will
be hoping for some strong home support. 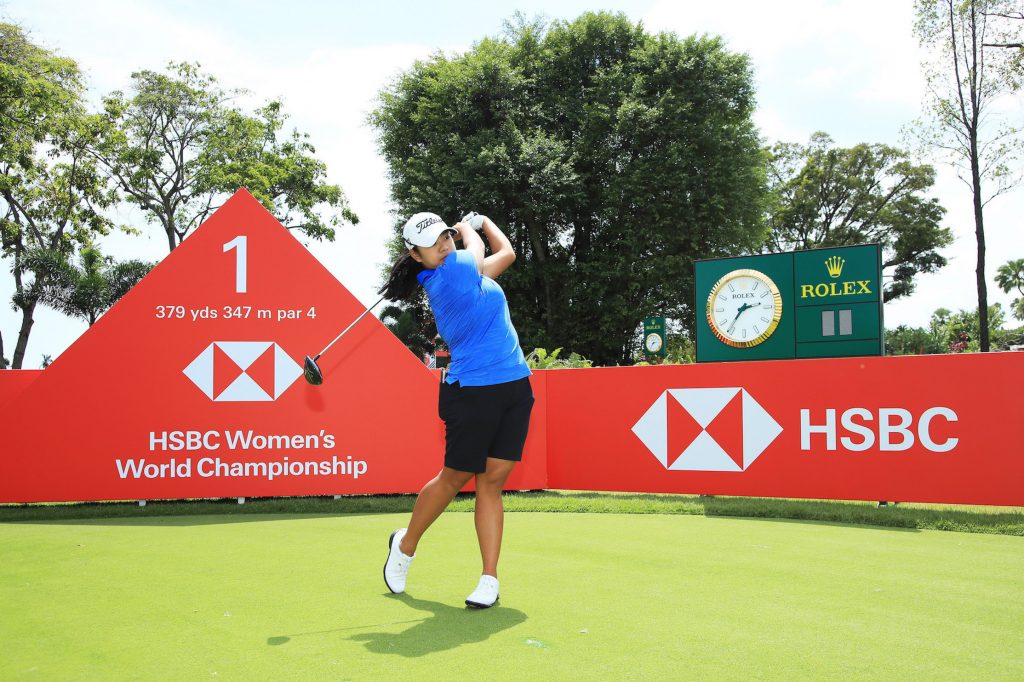 Amanda Tan of Singapore plays a shot from the first tee during the pro-am before start of the HSBC Women’s World Championship at Sentosa Golf Club. (Photo by Andrew Redington/Getty Images)

This is her third appearance at the tournament, which the players call “Asia’s Major”, but the first time she is feeling comfortable among the world’s best after coming through a strong regional qualifying competition which, for the first time, involved players from as many as seven countries around the region.

Amanda explained: “In 2014 and 2017 I felt I had sneaked a place in the field but this time around I really feel I belong.”