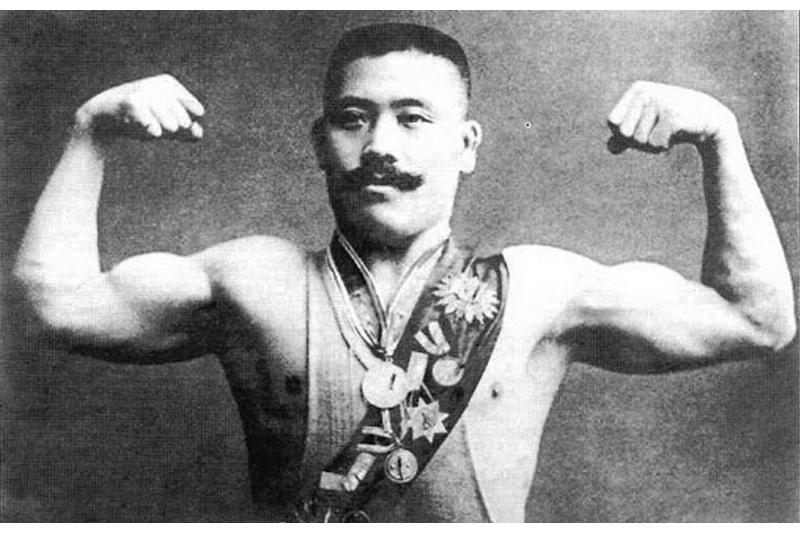 This year marks the 150th birth anniversary of the great Kazakh wrestler and circus artist Kazhymukan Munaitpasov.
Munaitpasov, who was born on on April 7, 1871, is the first Kazakh world champion in Greco-Roman wrestling. He also became a multiple winner of international and heavyweight championships in wrestling.During his sports career, he won 48 medals and was awarded a unique honorary title – Batyr (Hero) of the Kazakh steppe.

“Kazhymukan was a true patriot,” said the Director of the Chokan Valikhanov Institute of History and Ethnology Professor Ziyabek Kabuldinov. “He always remembered that he was a son of the Kazakh people. As a sign of respect for his people, he always wore an oriental chapan (a coat worn over clothes) and a Kazakh skull cap called the takiya.”

Munaitpasov used to say that indolence is the most terrible evil in the world. His life, which was full of challenges and victories, demonstrates that he had a strong and brave character. 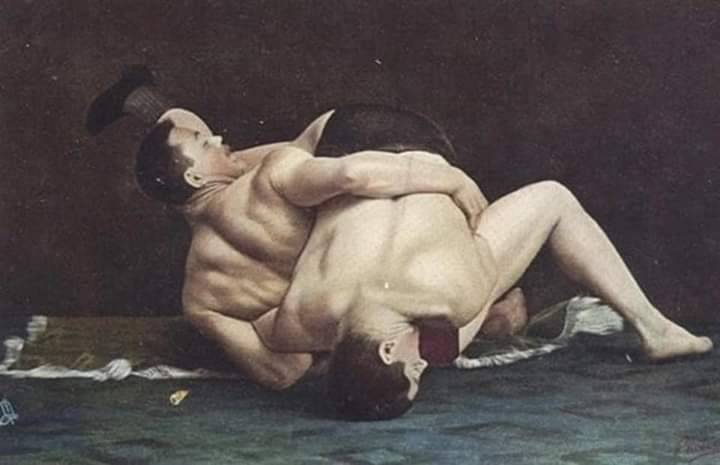 He was born in the village of Karaotkel in the Akmola region. He grew up in an atmosphere of sports because various competitions were held on national holidays and celebrations.

He came from a poor family and was accustomed to working hard. Then he started to engage in the Kazakh national wrestling circuit and successfully took part in competitions.

In 1901, a circus, which hosted wrestling competitions, opened in Omsk. Munaitpasov, who dreamt of becoming a professional athlete, took part in one of the first official fights with famous professional wrestler Zlobin. After the fight, the Russian wrestler recommended him to enter the Lebedev school in St. Petersburg, where he studied the art of classical wrestling from 1905 to 1907.

In 1909, Munaitpasov joined a group of world champions and met the Greco-Roman wrestler Georg Lurich of Estonian origin. Lurich described the Kazakh wrestler as “a strong fighter, distinguished by his savagery and ferocity”.

“His worldwide popularity started to grow from that time on,” said Kabuldinov. “In the same year, Munaitpasov became the world champion in the German city of Cologne after a win over the famous German Kristaps Veilands-Šulcs.” 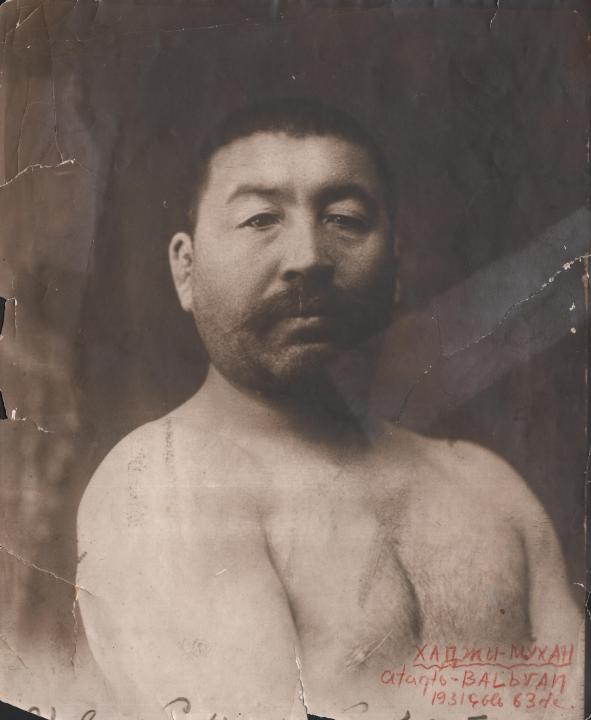 Under the pseudonyms Yamagata Mukhanura, Kara-Mustafa, Mahmut and so on, he participates in various international competitions in French and freestyle wrestling.

As part of a circus troupe, he toured South America, the Near and Middle East.

In 1910, Munaitpasov won a gold medal in Buenos Aires, Argentina. The next year, he won a competition in Warsaw and beat the famous Turkish wrestler Nurla in Istanbul.

In 1913, Munaitpasov defeated 18 wrestlers from around the world in Troitsk, Russia.

“The Kazakh hero is performing in St. Petersburg, Moscow, as well as in other countries. His name is Mukan Munaitpasov. He is only 30 and already has numerous medals,” Kazakh newspapers reported.

Munaitpasov took the first place at the World Championships in Paris in 1914.

He performed in France, Germany, Argentina, Turkey, Iran, England, Sweden, Afghanistan, Russia and other countries during his wrestling career.

In 1927, the Central Executive Committee Kazakh Autonomous Socialist Soviet Republic awarded him the honorary title “Hero of the Kazakh steppes”. In total, he won 48 gold, silver and bronze medals and the famous “Sigismund’s belt” (1913-1915).

In 1929-1931, Munaitpasov performed successfully in Petropavlovsk, Omsk, Novosibirsk and Altai.

It has been recorded that that he contributed to the release of relatives who were dispossessed and were deported in the Omsk region. The tragedy of the 1930s – the famine – deeply saddened Munaitpasov, who did his best to help his fellow countrymen out of trouble.

The Kazakh batyr also deserved the love of the entire Soviet people with his civil acta in wartime.

During World War II, Munaitpasov performed with a travelling circus in Kazakhstan and neighbouring countries.

In 1944, he donated 100,000 rubles to the Soviet National Defene Fund for the construction of a military aircraft.

He died in 1948 in the village Temirlanovka in the Aryss district of the South Kazakhstan region.

A museum in honour of Munaitpasov is open in Temirlanovka village in the Turkestan region. Some of his personal belongings are kept by his relatives who reside in the Omsk region.

Streets in Nur-Sultan, Almaty, Semei and other Kazakh cities are named in his honour. The central stadium of the Kazakh capital is also named after him.

Two films, “Haji-Mukan” (1978) and “Know ours!” (1985), are dedicated to the wrestler. International tournaments are held in his honour in Kazakhstan annually.

In 2001, a museum named after Munaitpasov was opened in the Otyrar district of the Turkestan region. It includes more than 3,000 exhibits, including his personal belongings, awards, documentary newsreels and photographs.