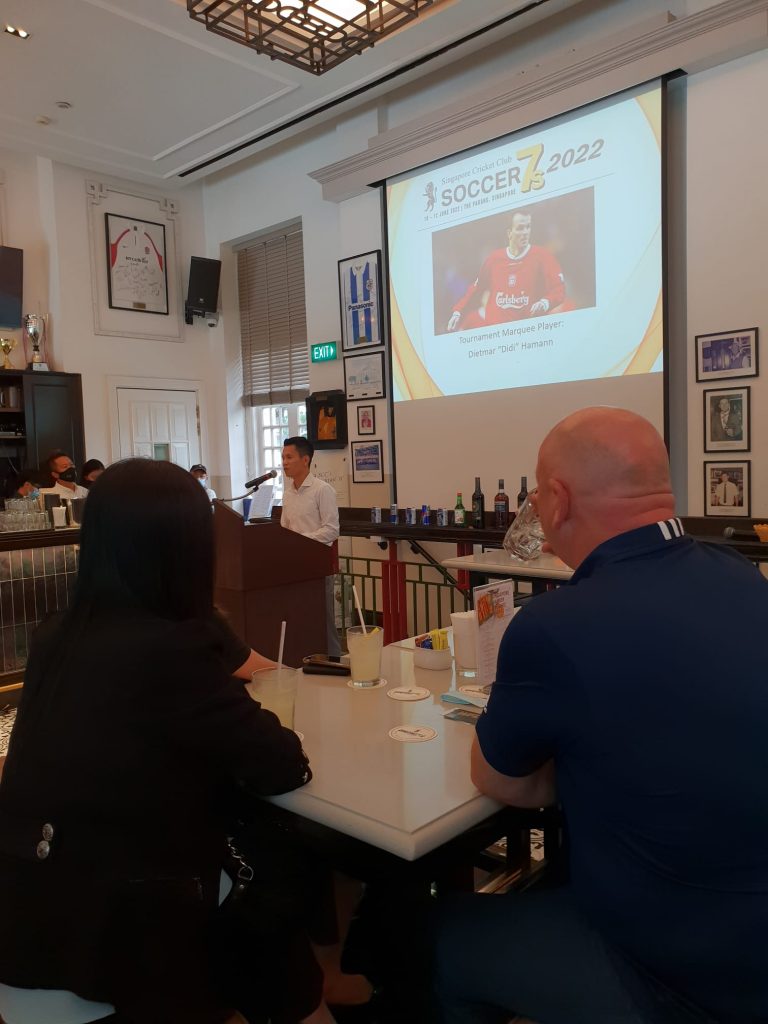 After a forced absence of two years due to the pandemic, mass sports events are back, with the Singapore Cricket Club (SCC) Soccer 7s 2022 Tournament playing on the iconic Padang field from 10 – 12 June 2022 with a record number of teams from Singapore and overseas.

A total of 66 teams will play in five different tournament categories – Open, Masters, Legends, Women, Youth, and Corporate. This includes five teams flying in from Japan, Indonesia, Thailand and Malaysia.

“We are excited to be able to organise the SCC Soccer7s tournament again this year for football fans in Singapore,” said Chan Guo Guang, chairman of the tournament’s organising committee. “We are happy to have received such enthusiastic response from teams in the country and around the region. In particular we are honoured to have eight competitive Women’s teams, which is an important category for the growth and development of football in Singapore.” Even with some travel restrictions still in place, the SCC Soccer7s will still be welcoming overseas teams – including Yokohama CAC from Japan, a strong Open Cup title contender which will be making its 12 th appearance, and Bangkok Airways which will be returning to fight for the Masters Cup that the SCC Masters team is defending.

This year’s Legends Cup will be hotly contested by ten teams including Team Singapore Polytechnic that was the Cup Runner Up in the last edition, and teams such as CLA All Stars which will have a guest player in the form of German International Legend Dietmar Hamann.

The tournament will be privileged to welcome Dietmar “Didi” Hamann – the German international professional defensive midfielder legend who has played for Bayern Munich, Newcastle, Manchester City, and Liverpool where he played for seven years and established himself as a major first team player, winning his first big English trophy in the 2000-01 season when Liverpool won a much-celebrated cup treble (League Cup, FA Cup and UEFA Cup) and a place in the Champions League. 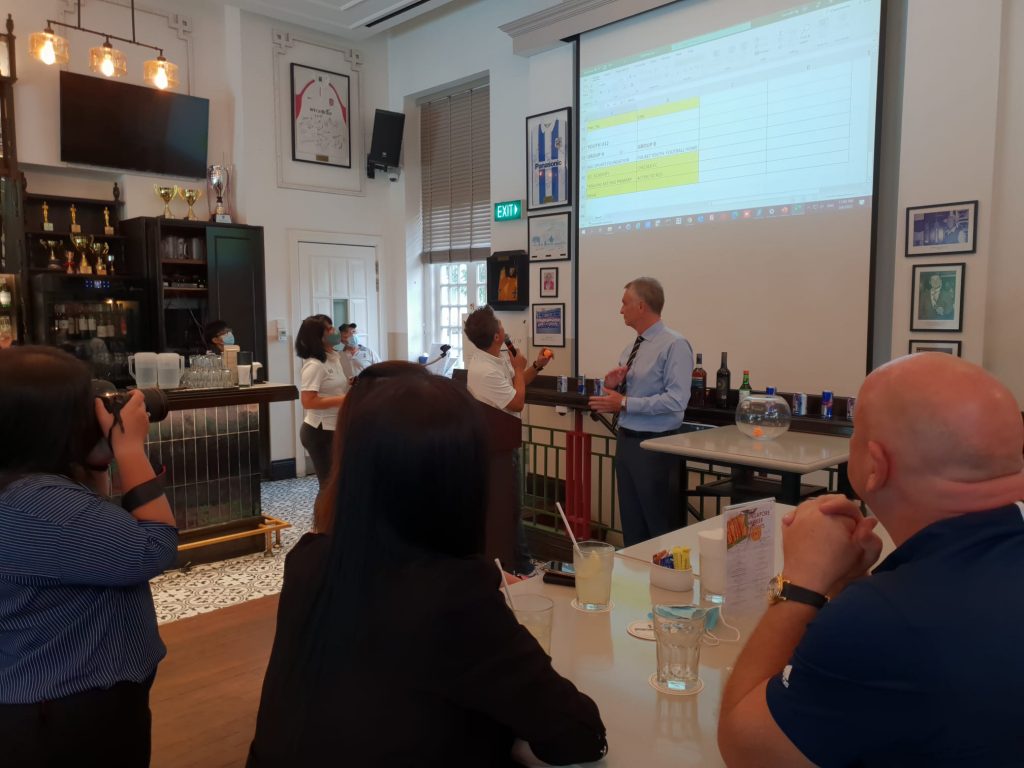 Hamann was a member of the German national team from 1997 until 2006 and represented his nation in two FIFA World Cups and two UEFA European Championships, reaching the 2002 FIFA World Cup Final.

Hamann will be playing for CLA All Stars in the Legends category, which will see nine other Singapore teams – including SCC PADANTIQUES – compete alongside other Legend teams. He will be the VIP at the Tournament’sGala Dinner on Friday, 10 June 2022, at SCC, during which there will be an intimate Q&A session and
opportunities to bid for unique autographed memorabilia and other exclusive items.

More than 30 kids will participate in a special coaching clinic conducted by Hamann on Saturday, 11 June 2022, and there will be meet-and-greet sessions for fans during the tournament weekend.

The SCC Soccer7s tournament ground will also host a carnival area with fun fringe activities and F&B stalls. A special Sunday Sunrise Yoga session led by event partner Yoga Lab will also be held on the Padang Field on Sunday, 12 June 2022, from 7am – 8am. This bring-your-own-mat event is a multi-level class suitable for beginners and is open to members of the public for free; interested participants can register by emailing [email protected]. Chan said: With the support of our partners and sponsors, we have organised a great tournament of dynamic sporting action and fringe activities for the players and football fans who will be joining us to cheer the teams on. We welcome the public to join us on the Padang for an exhilarating football weekend and adrenaline-pumping display of athletic prowess and sportsmanship. See you at the SCC Soccer7s!”

SCC SOCCER 7s:
Date: 10 – 12 June 2022 (Friday, Saturday, Sunday)
Timings:
Friday, 10 June: 5pm U12 tournament starts (last match, 6.50pm)
Saturday, 11 June: 8am (last match at 7pm)
Sunday, 12 June: 8am (last match at 5.30pm) 8.30am – 6.45pm on Saturday, 8.50am – 6pm on Sunday.
Venue: Padang Field at Singapore Cricket Club
Admission: Free for Public at all areas except SCC clubhouse premises and designated zones. Public access is via St Andrew’s Road, near the traffic lights at the end of National Gallery Singapore
The SCC International Soccer Sevens Tournament 2022 is the premier football tournament in Southeast Asia, taking place from 10-12 June 2022.
Featuring 66 professional and amateur teams from around the region in six categories – Masters, Open, Legends, Womens, Youth and Corporate – the tournament is expected to draw huge crowds to the iconic Padang field right in the heart of Singapore.
Follow the tournament on Macoocoo at https://www.macoocoo.com/tournament/overview/tid/1940 for live results, and “Like” and “follow” us at @SccSoccer7s for tournament updates and news.
( https://www.facebook.com/SccSoccer7s/ )