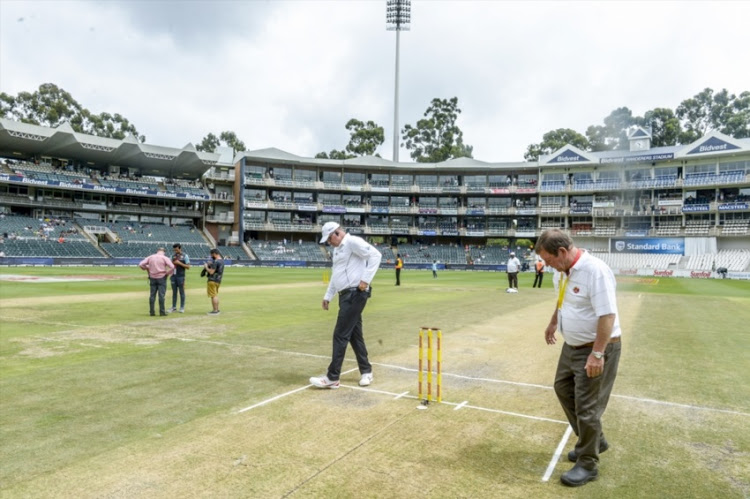 Andy Pycroft of the Emirates Elite Panel of ICC Match Referees has rated the Wanderers Stadium in South Africa pitch as “poor” and, as such, according to the ICC Pitch and Outfield Monitoring Process, it has received three demerit points, the International Cricket Council (ICC) announced on Tuesday (January 30).

Pycroft, whose report has been forwarded to Cricket South Africa, said: “The pitch prepared for the final Test (against India) was a poor one. It had excessively steep and unpredictable bounce, and excessive seam movement.

“It deteriorated quickly as the match progressed, which made batting extremely difficult and hazardous, resulting in the medical staff from both the sides having to come onto the field of play multiple times to treat their batsmen.

“As the on-field umpires are also responsible for the players’ safety, they expressed concerns about the behavior of the pitch, and debated after day three if it was appropriate to continue the match.

“In the end, the umpires made the decision to continue and the Test reached its natural conclusion on day four. However, there was still excessive variable bounce and seam movement when the Test match ended.”

India came back from behind to win the Test by 63 runs that saw 40 wickets fall for 805 runs in almost 296 overs. Dean Elgar with an unbeaten 86 was the top-scorer in the match.

* In the revised ICC Pitch and Outfield Monitoring Process, which was introduced on 4 January 2018, if a pitch or outfield is rated as being substandard, that venue will be allocated a number of demerit points.

* Demerit points will remain active for a rolling five-year period.