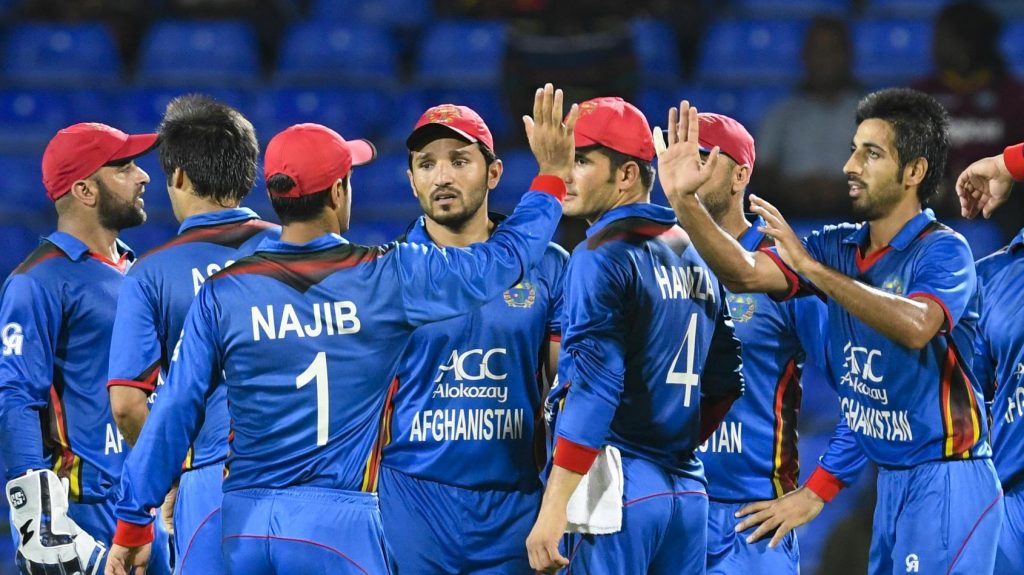 I have been amazed by the Afghanistan spinners, they have been the pick of the bowlers so far for me.

It is true that they were perhaps playing one of the weaker teams but the way Mujeeb Ur Rahman and Rashid Khan bowled against Scotland was incredible – the batters were mesmerised.

If they can bowl like that in other matches, then they can be a real threat.

In some ways they remind me a bit of Sri Lanka when we won the 50-over ICC Men’s World Cup in 1996. It is too soon to tell really but if their three spinners bowl well, you never know what could happen.

When I think back to 1996, we had a lot of experienced batters and then some good young bowlers. The conditions helped us, we were very strong at home throughout the 1990s and we knew how to play the conditions. It was not a fluke, we had the talent.

The same is true of Afghanistan, you have Mohammad Nabi who has been playing for a long time and then some promising young batters – Hazratullah Zazai and Rahmanullah Gurbaz did well against Scotland.

That is without even considering the spinners. In the shorter form, they have a lot of experience from playing franchise cricket. So I do not see why they cannot be dark horses in this tournament.

When it comes to the team in the best position though, I think Pakistan are looking good because they have already beaten the two strongest teams in their group in India and New Zealand.

They have so much talent, which has always been the case, but like the West Indies, in the past they used to have those off days where they played really badly.

This team feels different. I am not sure where it has come from but they have momentum and a world-class bowling attack.

The batting is built around Babar Azam, who is their one world-class batter, but then there is the experience of Shoaib Malik and Mohammad Hafeez who have been playing 15 years of international cricket, as well as some good youngsters. Traditionally they have not been a strong fielding team, but that has changed as well.

I think the biggest thing for them though, has been the input of Matthew Hayden. He really understands the game from his playing days and it feels like has been a great advisor for the team. That is a big factor in how good they look.

One thing that has been clear at the ICC Men’s T20 World Cup 2021 is that the best teams have strong bowling attacks.

Pakistan have been dangerous because of the pace of Haris Rauf and Shaheen Shah Afridi. They can bowl at more than 140kmh, bowling yorkers and slower balls.

The extra pace makes a big difference in these conditions and then it is about the spinners who can stick to a line and length.

The team who concerns me in that regard is India. Jasprit Bumrah is a match-winner but they look a bit reliant on him at the moment on the bowling side.

I think they could do with a leg spinner in the team, or maybe Ravichandran Ashwin. It might be a case of going down to two fast bowlers and relying on Hardik Pandya to bowl. It is about finding the right balance and not relying too much on Bumrah.

Kazakhstan and 30 years of independence

ICC awards of the decade show
To Top