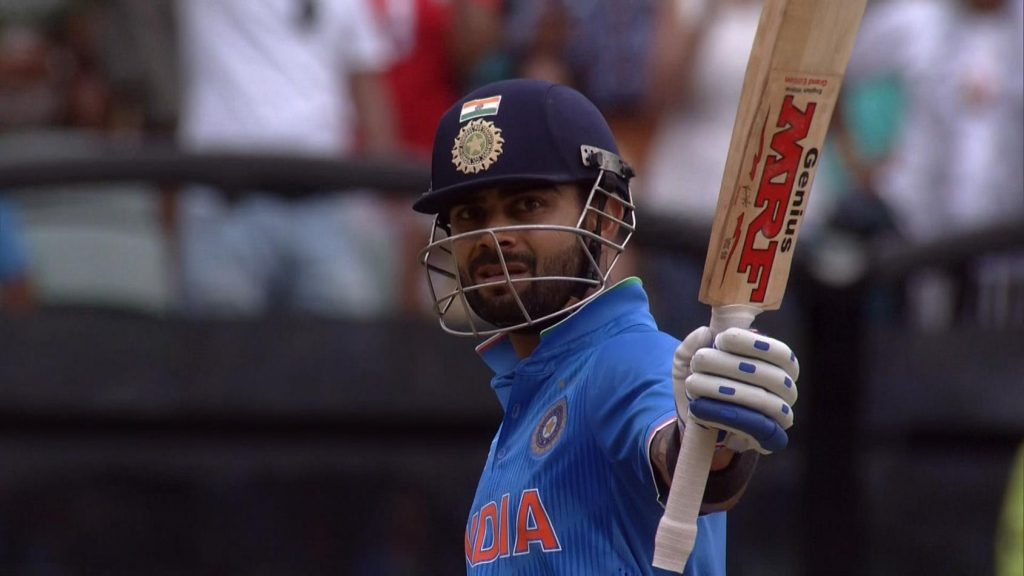 Virat Kohli feels being mentored by Mahendra Singh Dhoni gives India an edge on their rivals in the ICC Men’s T20 World Cup.

Iconic keeper-batter Dhoni captained his country at each of the first six editions of the tournament, including to victory in the maiden staging in 2007.

Dhoni won’t be playing at an ICC Men’s T20 World Cup for the first time but will play a key role in India’s campaign once again as a mentor, on whom Kohli will lean for leadership.

“MS is excited to be back, although he’s always been a mentor for all of us,” said Kohli.

“He has an opportunity to do it again and work with the younger guys who are playing in a major tournament in the early stages of their careers.

“We want to use the experience he’s gained over the years and have conversations with him around the game. Tactical inputs, intricate details of where the game is going and how we can improve by small margins.

“We’re absolutely delighted to have him back and his presence will certainly boost the morale of the team even further and give us even more confidence than we have as a team.”

Another team who will call on the cricketing brain of a legend is Sri Lanka, who have engaged Mahela Jayawardene as a coaching consultant.

Jayawardene’s experience will be even more crucial given the loss of seasoned bowler Nuwan Pradeep to injury.

They will captained by all-rounder Dasun Shanuka for the first time at an ICC event.

“He’s been amazing over the years,” Shanaka said of Jayawardene.

“Tactically, he is the best in the business. He’s been a real asset for all of us.”

Meanwhile, skipper Babar Azam’s form with the bat and leadership qualities will be crucial to Pakistan’s hopes of lifting the trophy for the second time.

He is ranked second in the MRF Tyres ICC Men’s T20I rankings and averages a remarkable 46.89 in T20 internationals.

“Good performances give you confidence and I feel like I’m in form,” said Babar. “I’m ready and looking forward to the tournament.”

Pakistan, who staged a National T20 Cup to provide players with match practice ahead of the mega event, will once again call on Shoaib Malik, who has never missed a T20 World Cup, after he was a late replacement for the injured Sohaib Maqsood.

“Shoaib Malik is an experienced player who is also considered among the fit members of our squad,” said Babar. “However, we have to make a plan on including him in the playing XI squad.”

Defending champions West Indies are the only team to have won the tournament on more than one occasion and boast a devastating array of power hitters.

Chris Gayle, Evin Lewis and captain Kieron Pollard are all among the top ten in terms of most sixes hit in T20 internationals.

But Pollard is at pains to highlight that his side have more to their game than just plundering big boundaries.

“That’s the way we go about our cricket and it’s part of our strength,” said Pollard.

“A lot of different analysts keep harping on about dot balls and singles and ones and twos. To us, everything is important but we have to play to our strength.

“We continue to work on our weaknesses and keep our strength as our strength. We have a lot of powerful guys in our line-up, but sometimes the situation warrants it and sometimes it doesn’t.

“We also have guys who can manoeuvre the strike and run between the wickets. We want to play complete games of cricket and let the results take care of themselves.”