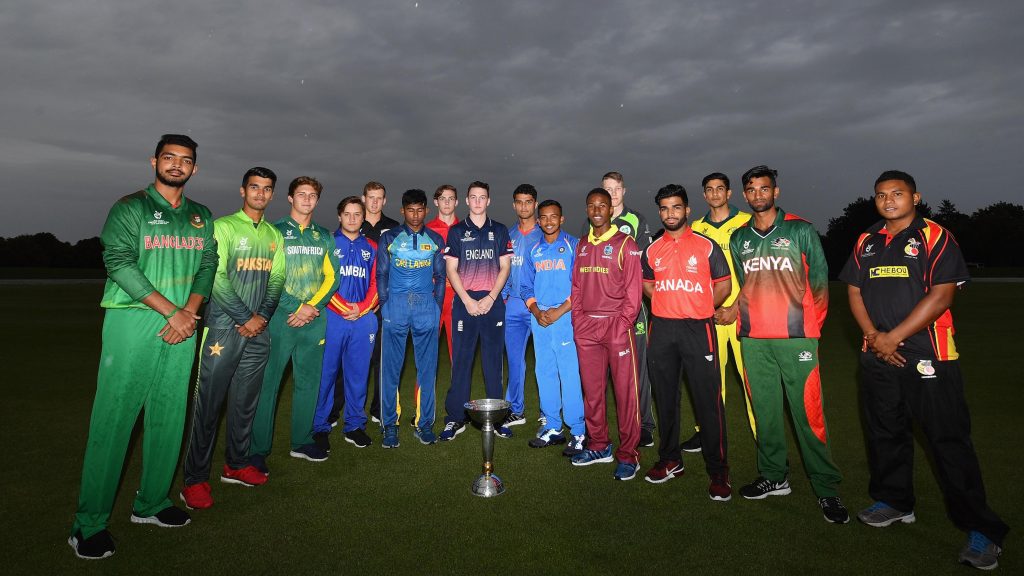 The International Cricket Council U-19 World Cup officially got underway in style at the Hagley Oval in Christchurch on Sunday (January 7) with an impressive ceremony showcasing New Zealand’s culture.

The ceremony was attended by representatives of all the 16 participating sides, Christchurch Councillor Aaron Keown, as well as New Zealand Cricket President Debbie Hockley, who, on behalf of the ICC and NZC, welcomed the teams to the tournament.

The tournament proper gets underway on January 13 with matches spread across seven venues in the cities of Christchurch, Queenstown, Tauranga and Whangarei. The winners will be crowned in Tauranga on February 3. The teams will get a chance to get into their groove with practice matches in Christchurch from January 8-11.

The squads, officials and spectators present at the event enjoyed the short opening programme, the highlight of which were traditional Maori dances. The cultural event was followed by photo-shoots of participating teams in a festive atmosphere that saw the teams mingling with each other.

New Zealand Cricket President Debbie Hockley said: “This event plays an important role in developing its participants into international professionals, teaching them invaluable lessons in camaraderie, discipline, leadership, playing under pressure and, of course, appreciating the spirit of the game.”

Tournament Director Brendan Bourke said: “Never before has an opening event taken place at an ICC U-19 Cricket World Cup featuring all 16 teams, so we jumped at the opportunity to create a very special occasion for them.”

The teams attending the opening ceremony were enthusiastic about the event with the captains looking to make the maximum of the chances that come their way.

Afghanistan captain Naveen-ul-Haq said: “We’re looking forward to the tournament, our team is quite enjoying the conditions here in New Zealand, have been here for over two weeks and we are well prepared for the tournament. It’s a good platform for any player to showcase his talent.”

Australia captain Jason Sangha said: “It’s been good to be in the nets, but we’re ready now to play some time in the middle. I reckon that’s the best part of playing this World Cup, there’s that bit of uncertainty where we don’t really know what to expect. We know New Zealand’s quite cold, the wickets might seam a bit more, but I think we have the batting line-up and the bowling attack to go all the way.”

Bangladesh captain Mohammad Saif Hassan said: “There is amazing atmosphere here, everybody is quite excited. Last year we were third, so we will go for number one. The conditions are tough for us but we are adjusting quite nicely after playing some matches here. We will go match by match.”

Canada captain Arsalan Khan said: “The boys are very enthusiastic and we feel we have a very good chance of competing with the top teams. Our target is to hopefully come on top in our group. The boys are very confident of coming up with this kind of performance on the big stage.”

England captain Harry Brook said: “The team travelled well and have had a good couple of days’ training. We’re ready for the first warm-up game, and the last few days of training, we are confident for the group stage. We’re here to win it (the tournament).”

India captain Prithvi Shaw said “We’ve been here a week now, played a couple of games. Everything has gone well, the preparation of the team has been good. Our goal is obviously to win the World Cup but at the same time we are looking forward to our first game (against Australia on January 13), and let’s see how the process goes.”

Ireland captain Harry Tector said: “We’ve been here a week and are getting used to the conditions. We were up in Auckland and are now looking forward to playing and giving a good account of ourselves. First things first, we’re looking to get out of our group and then see how far we can get in the tournament.”

Kenya captain Sachin Bhudia said: “We’re looking to end as the top Associate side in the tournament. We’re pretty excited, we had good preparations with some good games in Australia that has given the team a lot of confidence for this big tournament.”

Namibia player Nicole Loftie-Eaton said: “We had a good preparation in South Africa where we played a tri-series and got the chance to work on our games. Our team did well last time in this tournament and we also want to reach the top eight and ensure we finish as the top-ranked Associate side in the tournament.”

New Zealand captain Kaylum Boshier said: “We are looking forward to playing decent cricket. The best thing in this tournament is you can play the best in the world. It’s a good chance to take a big step forward on the big stage. We’re starting to get the feel (of a big tournament) since the tournament is just a week away. There is pressure but the team that performs under pressure will come out on top.”

Pakistan captain Hassan Khan said: “Our aim is to win the tournament. We have prepared well and hopefully we will perform well and make it three times for Pakistan and catch up with India and Australia (who have won three times each). Most of us are touring New Zealand for the first time but we are adjusting well and have a good chance to express ourselves.”

Papua New Guinea captain Vagi Karaho said: “The atmosphere is good. It’s quite cold here but we are getting used to it, we’ve to adjust to the conditions. It will be challenging but a big experience for us to know each other. They are big games for us. Every team deserves a win – most of us are first-timers, many are young boys, we want to get more experience and build our cricket team (for the future).”

South Africa captain Raynard van Tonder said: “We arrived yesterday after a long trip but are really excited to be here. It’s a really nice and friendly country, and we’re really excited for the World Cup to start. Obviously our main goal is to win the World Cup, but following the process we’re just going to take it one game at a time.”

Sri Lanka captain Kamindu Mendis said: “We’ve never won the U19 World Cup and we think this (winning the tournament) will be a big boost for cricket back home. Our team is really good, are in good form and we really want to win it this time. We have some new plans and we did the right things in preparations over the past couple of months and have to now just do that in this World Cup.”

Windies captain Emmanuel Stewart said: “This is always a good tournament to take part – this is my second time. Last time was a special occasion for us as we won, so we have to give a good account of ourselves and Caribbean cricket. This tournament sets the foundation for us and is very important for us all.”

Zimbabwe captain Liam Roche said: “I feel excited; I also feel privileged to be here representing my country. I’m looking forward to big competition though we have had lots of competition over the past two years. Here I’m looking for high scoring games, lots of runs, lots of wickets for the boys.”

Australia and India have both won the tournament three times, Pakistan are the only ones to have won back-to-back titles (in 2004 and 2006) while England, South Africa and the Windies are the other winners of the tournament.

·   The ICC U-19 Cricket World Cup, which is held every two years, replicates a major global tournament experience in terms of organisation
·    The upcoming tournament from January 13 to February 3 is the 12th edition of the ICC U-19 Cricket World Cup and the third time it is being held in New Zealand
·   Players born on or after September 1, 1998 are eligible to participate in the tournament
·   Group A comprises the Windies, New Zealand, South Africa and Kenya; Group B is formed by Australia, India, PNG and Zimbabwe; Group C consists of Bangladesh, Canada, England and Namibia; Group D comprises Pakistan, Sri Lanka, Afghanistan and Ireland
·   According to the event format, the top two sides from each group will advance to the Super League while the remaining eight teams will figure in the Plate Championship. The preliminary round matches will be followed by quarter-finals, semi-finals and finals, plus the play-offs.