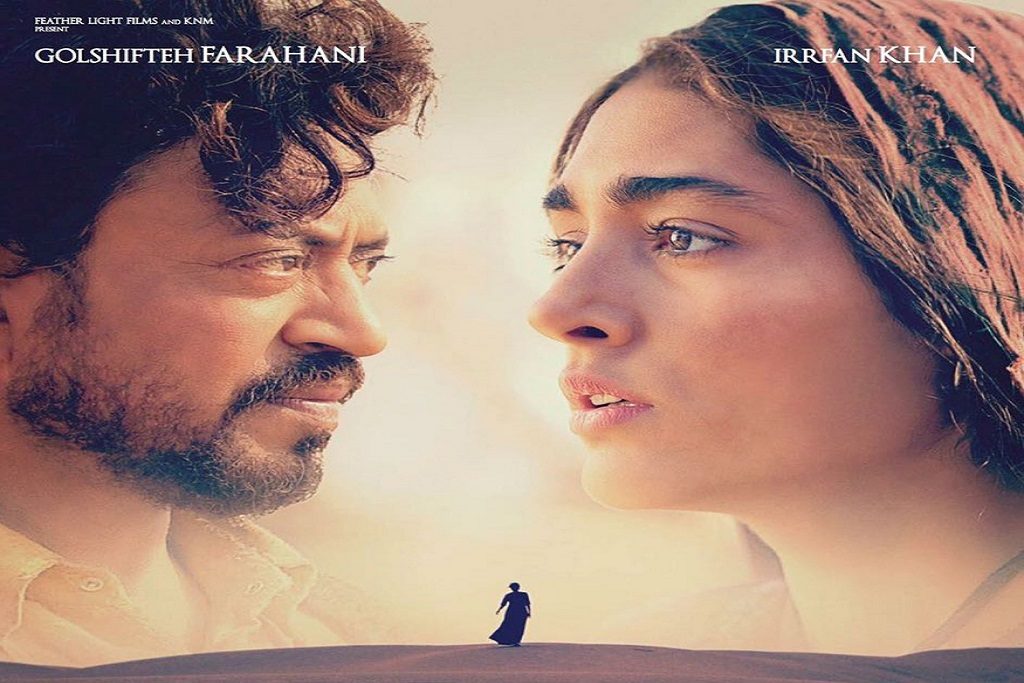 Switzerland-based British filmmaker Anup Singh’s The Songs of Scorpions is visually spectacular. But the story-line is fuzzy and the editing patchy. He weaves his myth-like fairy tale, which had a special screening at the Singapore International Film Festival on November 24, around the story of two star-crossed lovers, Aadam, played by Indian actor Irrfan Khan (Life of Pi, The Lunchbox), and Nooran, enacted by France-based Iranian actress Golshifteh Farahani (About Elly, Paterson) in Rajastan’s Thar desert, but his attempt at making an ageless classic does not work as there are shots of cars and mobile phones which make the setting incongruous. Moreover, the characters are all Muslim, a modern minority in Rajasthan.

Obviously, the film has been made with an European audience in mind. Swiss cinematographers Pietro Zuercher and Carlotta Holy-Steinemann have pictured the Thar well, contrasting the golden-brown sand dunes with the black outfits worn by Nooran. But sometimes it veers towards a postcard approach. Some close-ups are exhilarating, especially the scene near the end when Aadam is shown with sand-grains sticking on his face and Nooran licking them off. The shots of a brothel are clumsy and do not fit seamlessly into the narration of the story.

The story line, Singh scripted it, often leaves the viewer guessing. For instance, it is only explained in the festival handbook one of the main peculiarities of the story. Legend has it that a sting from a Thar scorpion will kill a person within 24 hours unless a sage singer is found who can “read” the melody in the victim’s pulse and come up with a chant that functions as a life-saving antidote.

Nooran is such a scorpion singer but her wise and disciplined grandmother Zubaida (played by legendary Indian actress Waheeda Rehman), who still practices by singing to the dunes, does not think she is yet ready to do the job. But then Zubaida mysteriously disappears and Nooran loses her ability to sing and make a livelihood. This drives her into the arms of Aadam, a widower and camel trader with a daughter who had been assiduously pursuing her. In the end, like in typical melodramatic tragedies, Nooran learns how Aadam used deceit to marry her and denies him the life’s pleasures he had been seeking.

There are several ambiguities in the story. For instance, it is not clear how Aadam initially manages to turn up wherever Nooran goes. Nor is it clear whether the director wants sympathy for him or is praising Nooran’s strength of character. Both actors have essayed their roles perfectly, with a mixture of simplicity, seduction, anger and menace. Traditional songs by Madan Gopal Singh also help to distract from scripting and editing problems.