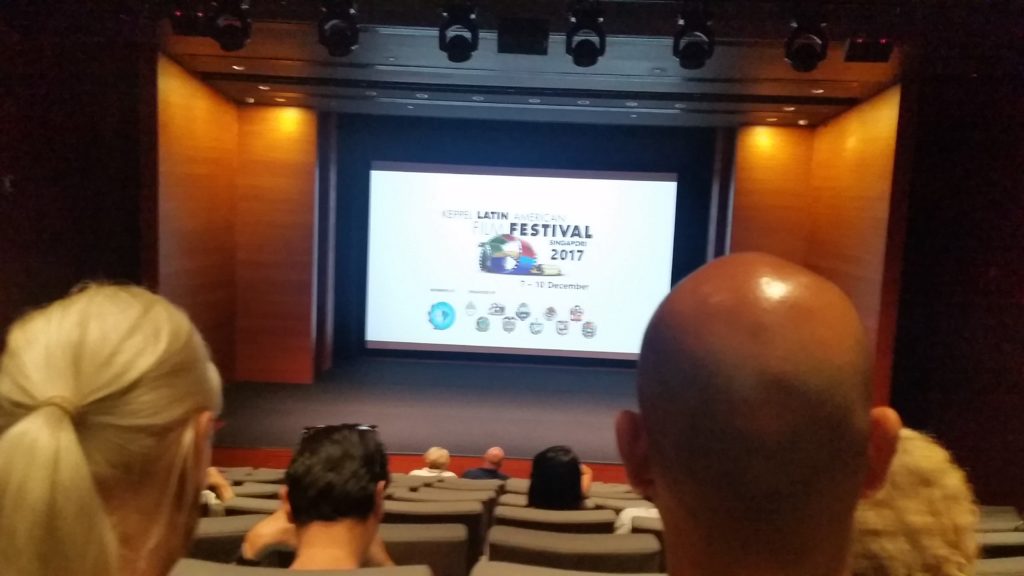 Nicolas Pachecho’s Rosado Furia (Knockout Pout), shown at the Latin Film Festival in Singapore on December 9, is a small-budget film with a Singapore storyline.

It attempts to portray the image of a girl, Sue (played by Singaporean actress Esther Low), who desperately wants to break free from her HDB-centric, constricted lifestyle. But, being in her 30s, she has no husband or children and, fearing that she would end up a sad and lonely woman, has to decide between doing what is expected of her or taking an independent path.

Costa Rican filmmaker Pacheco, who stayed in Singapore for a few years in the 2010s while studying at the NYU Tisch School of the Arts, takes on a subject which is familiar to most girls born and brought up in Singapore: Pressure from the mother to study, take up a secure job and lead a programmed life of marriage and motherhood.

Sue does not want that. She becomes a beautician, wants to have a man with no strings attached and lead a carefree life. But she fails miserably – men just don’t look at her the way they used to and she becomes an unemployed alcoholic — and is dogged by the thought she made wrong choices and it is too late to bring order into her life.

“Life’s disappointments and bottles of vodka have gotten the best of Sue for the last 10 years, but she’s not sitting around her house moping. She dresses up, goes out and rocks everybody’s world with a great manicure,” noted Pacheco in a video on the Indiegogo.com page. “It’s not about feeling sorry for yourself, it is about being able to celebrate the little you do have.”

Maybe it is the lack of a big budget, the black drama, made in 2014, does not leave an impression, as the script is patchy, the editing amateurish, the acting stiff and the sound and music lacking in synchronisation with the scenes.

Low, a rebel herself who writes songs and released an EP under the moniker Lowless, does her best to bring out Sue’s emotions. But the 61-minute movie leaves too many questions unanswered. Even from an art perspective, it does not inspire.