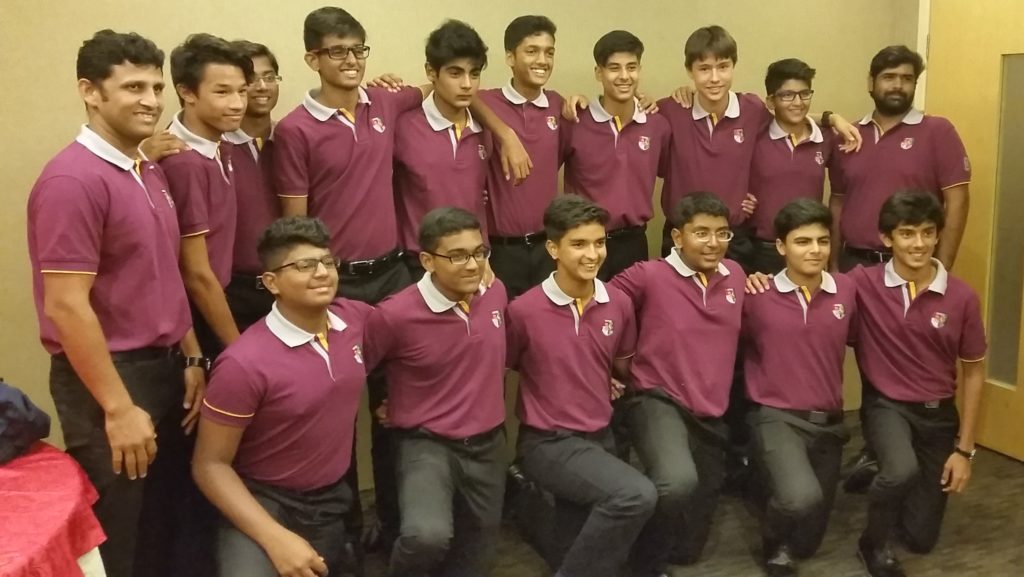 A well-balanced Singapore team, lead by Aman Desai, will take part in the preliminary rounds of the Asian Cricket Council Under-16 Easter Region cricket tournament in Chiang Mai, Thailand, from December 11 to 14.

In their opening 35-overs match they play Malaysia, one of the tournament favourites, at the Prem International School ground. The other teams in Group B are China and Bhutan.
Nepal, Thailand, Hong Kong and Myanmar form Group A, with all the matches in this group to be played in Bangkok.

The top two teams from each group will feature in the semi-finals, which will be played in Bangkok on December 16. The final and the third-place play-off are scheduled for December 17 in the Thai capital.
“We are a good all-round side that can compete with the best teams (Nepal, Malaysia and Hong Kong) in the tournament,” said Aman, 15. “The team is showing positive signs in all aspects.”

The Singapore team, consisting of players from Global Indian International School, Anglo-Chinese School (Independent), Raffles Institution (RI), Overseas Family School and United World College South East Asia, have been training as a unit since October at the Singapore Indian Association ground, which has a turf wicket.

They played nearly 20 warm-up matches and beat stronger sides such as the RI U-19s and a team from Pune in India.

“This is a well-prepared Singapore team, one of the best I have coached at this level,” said coach Chetan Suryawanshi, 32. “It is strong in all departments and capable of putting up a good show.”
Some of the players in the Singapore squad did well in the recently-concluded Singapore Cricket Association leagues.

Sai Harsha Venugopal, 15, cracked a century in Division 6 while turning out for Indian Association (IA), while Aman and Kartik Shah, 16, both played in the Premier League for IA. Aman also played for the Singapore U-19 and U-23 teams this year.

Aryan Berry, 15, took four wickets in his Singapore debut against Bhutan in the U-19 Asia Cup qualifiers in September.

“We are quite confident. We have bonded well despite coming from different schools and clubs,” said Aman. “Our plan is to take it game by game and enjoy ourselves.”

Very little is known of the other teams in the fray, with the stronger outfits expected to be Nepal, Malaysia and Hong Kong.