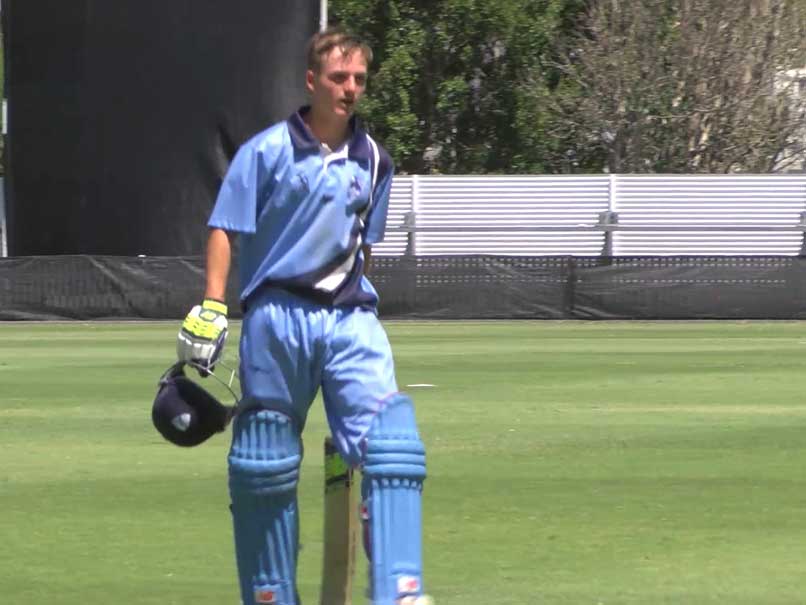 Past U-19 Cricket World Cups have seen quite a few sons of international cricketers in action and this time is going to be no different with Austin Waugh and Thando Ntini among those looking to display their potential in a tournament that showcases future stars every two years.

Austin Waugh, the son of former Australia captain Steve Waugh, burst into public consciousness when he hit an unbeaten 122 in the final of the Australian Under-17 Championships in 2016 while Makhaya Ntini’s son Thando grabbed four for 56 on his debut for the South Africa U-19 team against the Windies earlier this year.

Waugh, who likens his game to India all-rounder Hardik Pandya and whose favourite cricketer is late Australia batsman Phil Hughes for his “free flowing technique,” wants to make the most of his potential in the U-19 World Cup, which will be played from 13 January to 3 February in New Zealand.

“I’m aiming to test myself against the best players from around the world,” said Austin. “I want to make the most of my potential and see how far it can take me. All three formats attract me as I enjoy testing my skills and being able to adapt from format to format.”

Thando compares his approach to that of India captain Virat Kohli even though as a player he is much different, being a left-handed batsman and right-arm pace bowler. His cricketing idol is not far from home.

“I started playing cricket in the passages of hotels with the Proteas as a three-year-old. My father played, so I followed in his footsteps,” said Thando.

Giving Waugh company in the Australia squad is Will Sutherland, son of James Sutherland, Cricket Australia’s chief executive who represented Victoria in the domestic circuit till 1993-94. Will, who looks up to Shane Watson, has already played List A cricket as an all-rounder. He, like Waugh, was one of Australia’s key performers in a recent series against the Sri Lanka Under-19 team.

Australia had a similar representation in 2012 when Mitchell Marsh, son of Geoff Marsh and younger brother of Shaun Marsh (U-19 World Cup 2000 and 2002), led Australia to their third title. Also in the side was Alister McDermott, the elder son of renowned pace bowler Craig McDermott. Alister’s younger brother Ben played in the 2014 edition, but he is a wicketkeeper-batsman and not a pace bowler like the other two in the family.

The 2000 edition saw the emergence of Yuvraj Singh, son of Yograj Singh, a contemporary of Kapil Dev. Singh was the player of the tournament in 2000 as India won the trophy under Mohammad Kaif, and also went on to be named player of the tournament at the World Cup in 2011. In the following edition, Stuart, son of 1983 World Cup star Roger Binny, represented India. Stephen Cook, son of Jimmy Cook who faced the first ball in Test cricket at home for South Africa in 1992 on their readmission, also played in that edition.

·    The ICC U-19 Cricket World Cup, which is held every two years, replicates a major global tournament experience in terms of organisation

·   According to the event format, the top two sides from each group will advance to the Super League while the remaining eight teams will figure in the Plate Championship. The preliminary round matches will be followed by quarter-finals, semi-finals and finals, plus the play-offs.

U-19 World Cup players who represented another country in senior cricket
Watch out for Shaw, Sangha and Zadran
To Top