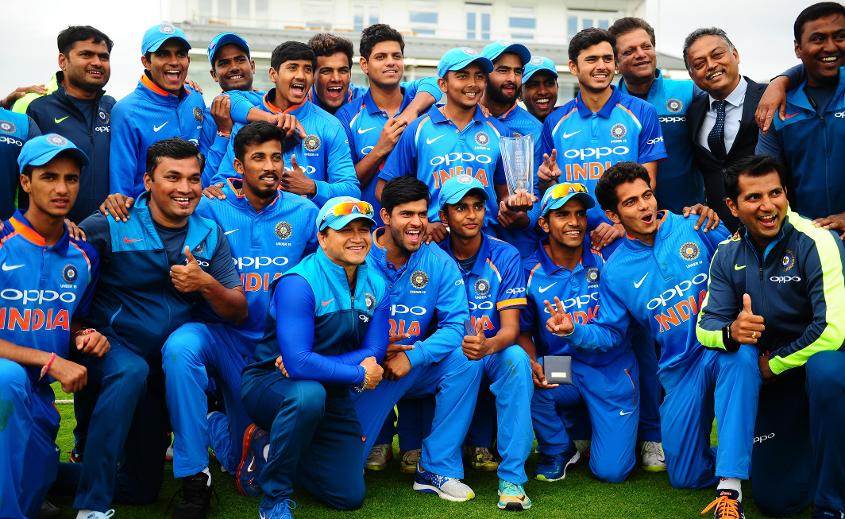 The ICC U-19 Cricket World Cups have always provided a huge platform for teenaged cricketers from varied backgrounds to display their talent and the 2018 edition that gets underway in New Zealand on January 13 is expected to be no different.

This time, Afghanistan are one of the sides to watch, with captain Naveen-ul-Haq and off-spinner Mujeeb Zadran both having already played senior international cricket. Zadran’s four for 24 on ODI debut against Ireland brought him into the spotlight even though he had already helped his side win the Under-19 Asia Cup, with figures of six for 28 in the semi-final against Nepal and five for 13 in the final against Pakistan.

For three-time champions Australia, Jason Sangha is the one to look out for in a team which also has former captain Steve Waugh’s son Austin Waugh. Sangha, who recently became the youngest cricketer since Sachin Tendulkar to score a first-class hundred against England at 18 years and 71 days, is the first Indian-origin cricketer to lead an Australia side.

Pinak Ghosh is another cricketer who will be playing in his second U-19 World Cup. Part of the Bangladesh team that made it to the semi-finals in the last edition, Ghosh caught attention after a 148-ball 150 against South Africa in Chatsworth in 2015. He was the second-highest run-getter in the 2017 Asia Cup where Bangladesh lost to Pakistan in the semi-finals.

Former champions England boast Will Jacks, an all-rounder who can turn a match around with his abilities. He was at his best during the tour of South Africa. His three for 41 and unbeaten 71 stood out in one of England’s win on a way to a 4-1 series triumph.

India, champions three times in a tournament which replicates a major tournament experience in terms of organisation and playing facilities, have one of the most seasoned batsmen around in captain Prithvi Shaw. The 18-year-old, who first came into prominence when he hit 546 in an inter-school match in Mumbai in 2013, now has five first-class centuries against his name.

For Ireland, Joshua Little’s left-arm seam bowling will be watched as he readies for his second U-19 World Cup. Little has already made his T20I debut and was also named in the T20I squad to pay against Afghanistan earlier this year but withdrew giving preference to his studies.

Hosts New Zealand will be looking for their first title, with second-timer Rachin Ravindra one to look out for. Ravindra is an opening batsman who bowls left-arm spin, hence his admiration for bothTendulkar and Daniel Vettori. His family roots are in the southern Indian city of Bengaluru but he was born and brought up in Wellington where his father is an IT professional and also owns a cricket goods shop.

For Pakistan, pace bowler Shaheen Afridi is the one to watch after a sensational first-class debut in which he took eight wickets in an innings. The left-armer made a record debut for Khan Research Laboratory against Rawalpindi, grabbing eight for 39 in the Quaid-e-Azam Trophy.

South Africa, looking to regain the title they won in 2014, have a hard-hitting opening batsman in Matthew Breetzke, who has scored three centuries at the Under-19 level, the latest one having come against England. He also has a List A high score of 94 and is the player to look out for in a team that also features former pace bowler Makhaya Ntini’s son Thando Ntini.

Like Ravindra, Kamindu Mendis also played in the previous U-19 World Cup. His all-round show helping Sri Lanka make it to the semi-finals. He made headlines as an ambidextrous spinner. Also a top-order batsman, he will be leading his side this time.

The Windies have in their ranks Kirstan Kallicharan, who was touted as the next Brian Lara after his unbeaten 404 in an Under-14 school match in 2014. He was part of the squad that won the tournament in Bangladesh in 2016, but did not get to play. A middle-order batsman and the current vice-captain, he scored a century against South Africa Under-19 in a 50-over match in July 2017.

Rommel Shahzad (Canada), Aman Gandhi (Kenya), Jan Nicole Loftie-Eaton (Namibia), Leke Morea (Papua New Guinea) and Liam Roche (Zimbabwe) are some of the other promising players whose performances will be watched during the tournament.

· The ICC U19 Cricket World Cup, which is held every two years, replicates a major global tournament experience in terms of organisation
· The upcoming tournament from 13 January to 3 February is the 12th edition of the ICCU19 Cricket World Cup and the third time it is being held in New Zealand
·  Players born on or after 1 September 1998 are eligible to participate in the tournament
·   Group A comprises the Windies, New Zealand, South Africa and Kenya; Group B is formed by Australia, India, PNG and Zimbabwe; Group C consists of Bangladesh, Canada, England and Namibia; Group D comprises Pakistan, Sri Lanka, Afghanistan and Ireland
·   According to the event format, the top two sides from each group will advance to the Super League while the remaining eight teams will figure in the Plate Championship. The preliminary round matches will be followed by quarter-finals, semi-finals and finals, plus the play-offs.