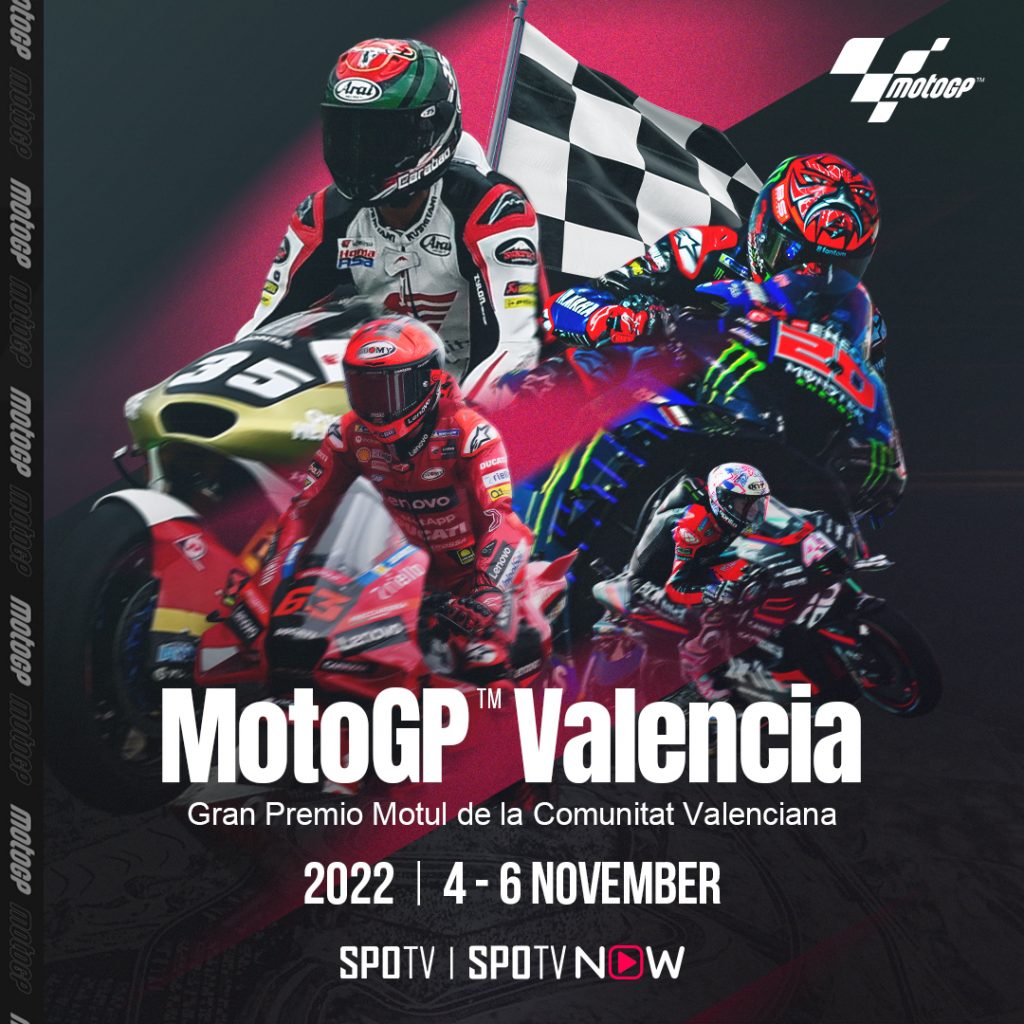 SPOTV viewers and motorsports fans have been able to enjoy full coverage of 20 MotoGPTM races this year to date on its linear channels as well as on SPOTV NOW – which also includes the Helicam and onboard camera views.

Additionally, local Bahasa Malay and Thai commentary were made available to Malaysian and Thai viewers in the respective territories.

Anticipation is high for the last MotoGPTM race, as racing legend and nine-time World Champion, Valentino Rossi will be gracing the event with his attendance as VR46 Academy star Pecco aims for title glory at #TheDecider.

All eyes will be peeled as Pecco will potentially become the first VR46 Academy rider to win the title in the premier class, as well as the first Italian to win the MotoGPTM title since Rossi back in 2009.

SPOTV will be on the ground at Valencia to bring fans additional content that they can access on social media such as: Behind-the-scenes and daily highlight clips, Facebook onsite Live sessions at the paddock, starting grids and fan zones as well as exclusive rider interviews.

Mr Lee Choong Khay, CEO of SPOTV, said: “We are grateful for the immense support that fans have shown us in our coverage of the MotoGPTM season this year. We have been working incredibly hard from the start of the season to enhance our MotoGPTM offerings through the specially curated content that is exclusive only to our viewers on our platform. We are delighted and looking forward to extending our coverage for the 2023 season and bringing viewers more thrills and spills from the tracks.”

SPOTV will continue to broadcast MotoGPTM in 2023, which will feature 2 more Asian territories, India and Kazakhstan, from March onwards.

SPOTV is committed to introduce a new era in sports entertainment by bringing fans closer to the world’s biggest and most popular sporting events, not only on the TV screen, but also via the SPOTV NOW app and curated and localized behind-the-scenes and on-the-ground coverage on @SPOTVAsia on Youtube, Facebook, Instagram, TikTok and Twitter. 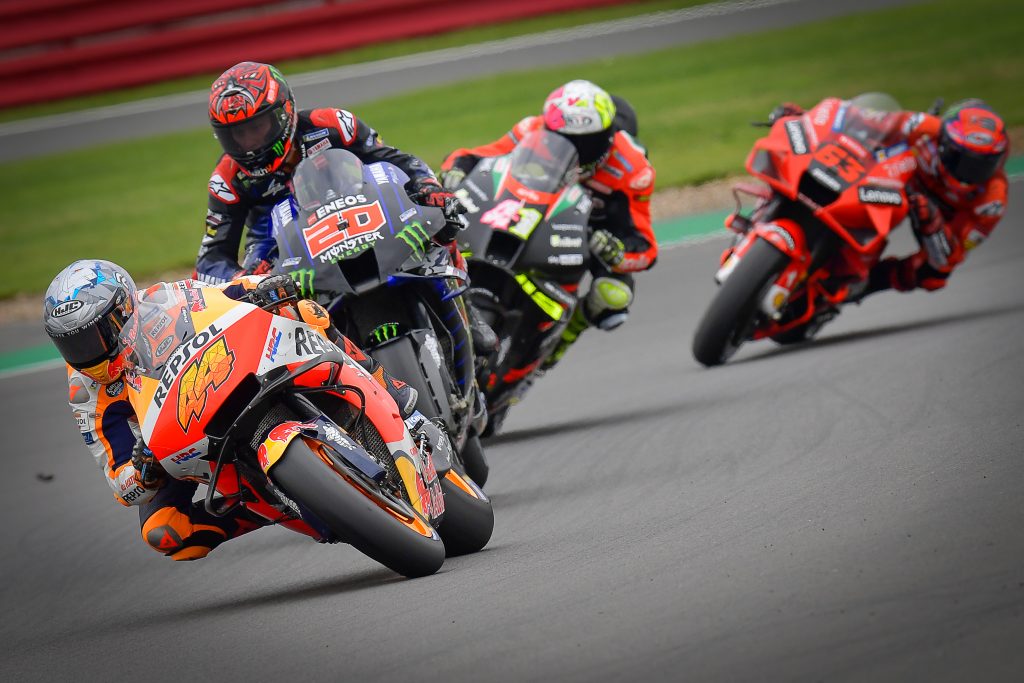 SPOTV is a subsidiary of Eclat Media Group from South Korea. As its Southeast Asia subsidiary, it is registered and based in Singapore from October 2021. The group runs the Number One sports network in South Korea, SPOTV, and has other lines of businesses, such as print, advertising and PR.

SPOTV NOW (mobile app) is available in Hong Kong, Indonesia, Malaysia, the Philippines, Singapore with other markets to follow. By providing more content and reaching out to a wider audience, avid sports fans can conveniently watch live, on-demand, and exclusive content on SPOTV NOW, whenever they prefer, wherever they are.

Singapore badminton Masters series to debut in December
To Top