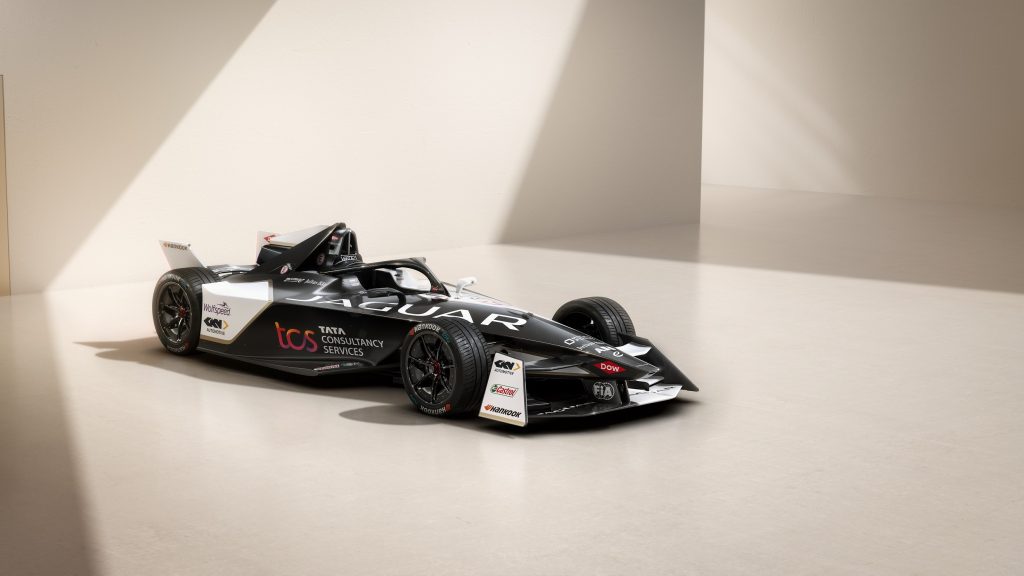 Jaguar TCS Racing has revealed the Jaguar I-TYPE 6, designed and engineered to compete for the 2023 ABB FIA Formula E World Championship, as the innovative all-electric motorsport category moves into a new Gen3 era.

The Jaguar I-TYPE 6 is the most advanced and efficient electric Jaguar race car ever. It is the first FIA Formula E race car to feature both front and rear powertrains, as 250kW regen is added to the front and 350kW regen added at the rear, doubling the regenerative capability over the Gen2 model and removing the need for conventional rear brakes.

Commencing in January 2023, the Gen3 era of Formula E will bring faster and more exciting wheel-to-wheel racing on street circuits across the globe. Pioneering new cutting-edge technologies, the third generation of Jaguar’s Formula E race car will set new performance benchmarks: 74kg lighter and 100kW more powerful than the cars that have preceded it, and
now capable of reaching a maximum speed of 200mph.

The next generation of Formula E will continue to be a real-world test bed for Jaguar TCS Racing and Jaguar Land Rover, as the team develops and innovates new cutting-edge technology to compete for World Championship success, it will power important race-to-road learning for electric powertrain, sustainability and software technologies.

Innovation and technology transfer from the Jaguar I-TYPE 6 will directly enable the reimagination of Jaguar as an all-electric, modern luxury brand from 2025. Racing in a zero- emission motorsport category with the world’s most sustainable race car showcases Jaguar Land Rover’s own commitment to have zero tailpipe emissions and to achieve carbon net zero across its supply chain, products and operations by 2039 as part of its Reimagine strategy.

Jaguar TCS Racing are entering the 2023 season having recently been awarded FIA Three-Star Environmental Accreditation, the highest possible rating. It confirms that the team demonstrate best practice and commitment in environmental management, while continuously striving to improve existing processes.

Ahead of the 2023 championship, Wolfspeed has been confirmed as Official Power Semiconductor Partner. The partnership builds on Wolfspeed’s existing relationship with the team since 2017, where its advanced Silicon Carbide technology has been used to accelerate on-track efficiency and performance. It comes as Jaguar Land Rover also recently announced a strategic partnership with Wolfspeed, securing supply of Silicon Carbide semiconductors for the next generation of electric vehicle inverters. Both partnerships will support the technology and knowledge transfer from race-to-road with a particular focus on efficiency.

After two successful years with the team, Micro Focus is renewing its partnership as Official Technical Partner. Its world-class software and services, such as IDOL and Vertica Analytics
Platform, are embedded into the team’s operations, enabling them to collect and process vast amounts of data, creating more accurate predictions and time-critical decisions during
races, which leads to more points, podiums and wins for the team.

Wolfspeed and Micro Focus join an existing portfolio of world-class partners made up of global IT services, consulting and business solutions organisation Tata Consultancy Services (TCS), which continues its multi-year title sponsorship of the team. In addition, GKN Automotive, Dow, and Castrol, and suppliers Alpinestars and Uncommon are connected in the pursuit of performance and innovation for Jaguar TCS Racing.

This is the first season that Jaguar will supply its successful powertrain technology to fellow British-based team Envision Racing, meaning there will be four Jaguar powered Formula E
cars on the grid. Jaguar TCS Racing will race in Mexico City, on 14 January 2023 for the first of 17 races in 12 cities.

After Jaguar TCS Racing’s biggest points haul to date last season in Formula E, with Mitch Evans finishing runner-up in the Drivers’ World Championship, the British team are working
hard to once again fight for the World Championship title in 2023. 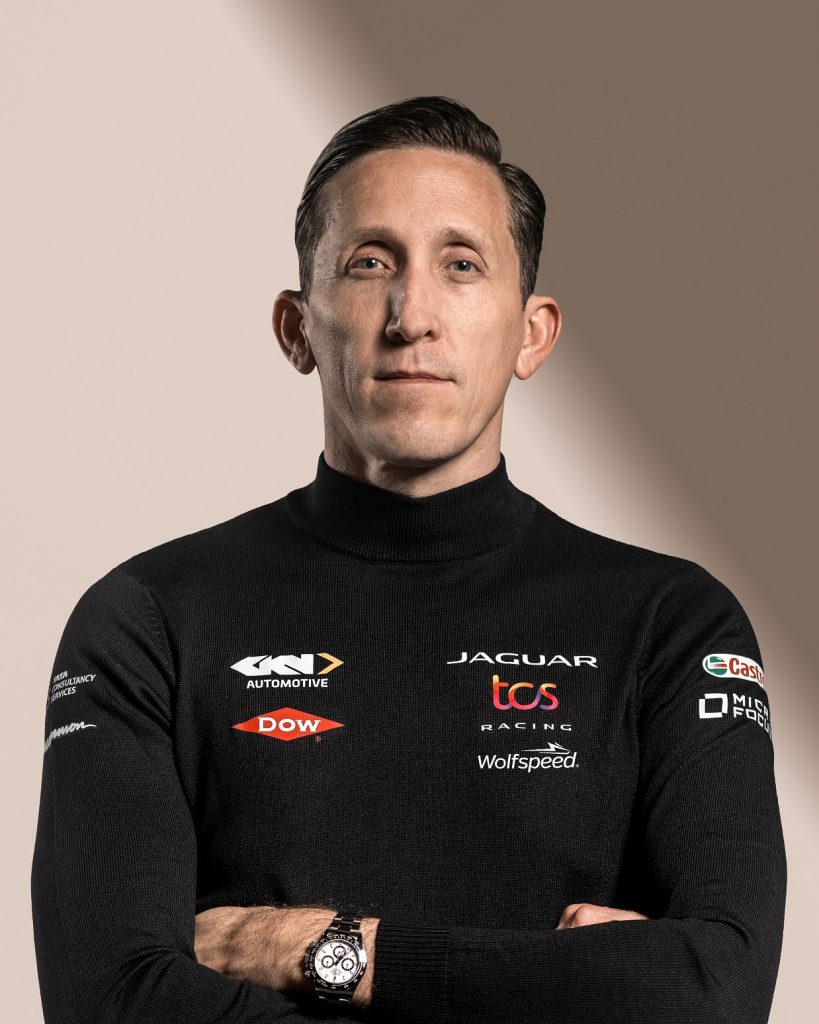 James Barclay (right), Jaguar TCS Racing Team Principal: “Launch day is always a proud and exciting moment for Jaguar TCS Racing, and this year more than ever, as we head into the Gen3 era of Formula E.

“Season 9 is set to be the most competitive and thrilling season to date, with an all-new all- electric race car, the Jaguar I-TYPE 6, iconic cities added to the calendar and our new team design has transformed the car into a work of art, in harmony with our modern luxury vision for Jaguar.

“We’re very excited to welcome Wolfspeed to the team as our Official Power Semiconductor Partner. Their expertise in Silicon Carbide technology will play a pivotal role in our powertrain performance.

“With our Title Partner, Tata Consultancy Services, alongside new and existing organisations, we have a formidable portfolio of partners, each supporting the team and applying their expertise to accelerate relevant sustainable technologies.

“As we head into our seventh season in Formula E, I have been reflecting on how far we have come as a team. Jaguar TCS Racing has a vital role to fulfil beyond the success of the racetrack, and it remains a privilege to play our part supporting the reimagination of Jaguar as an all-electric brand from 2025.

“I am incredibly proud of what we achieved last season, we had our biggest points haul to date, but we know we can do better, and we are here to compete for the World Championship. We are confident in the Jaguar I-TYPE 6 and in the strength of our talented team and I look forward to what this season will bring.”

Mitch Evans, Jaguar TCS Racing driver #9: “Last season was my best to date, finishing runner-up in the Drivers’ World Championship, so we are determined to do one better this season.

“The new Jaguar I-TYPE 6 gives us a lot more to play with, with more power and speed, and the team and I have been working tirelessly to make sure we maximise this effectively to use it to our advantage. Formula E is such a competitive category, but I can’t wait for the season to get underway in January and fight to win both the Drivers’ and Teams’ World Championship.”

Sam Bird, Jaguar TCS Racing driver #10: “Last season was full of ups and downs for me, and I couldn’t finish the season due to injury. I’ve taken the off-season to reset, come back stronger and I’m hungrier than ever to do well for the team. We’ve been focusing all our efforts into the Jaguar I-TYPE 6, and I’m really looking forward to getting back out there for my third season with the team and showing everyone what we can do.”

“Our collaboration with Jaguar TCS Racing in the ABB FIA Formula E World Championship will support our shared goal of translating innovation from the race to the road and enable Wolfspeed to support Jaguar TCS Racing as the ultimate competitor on the track.” 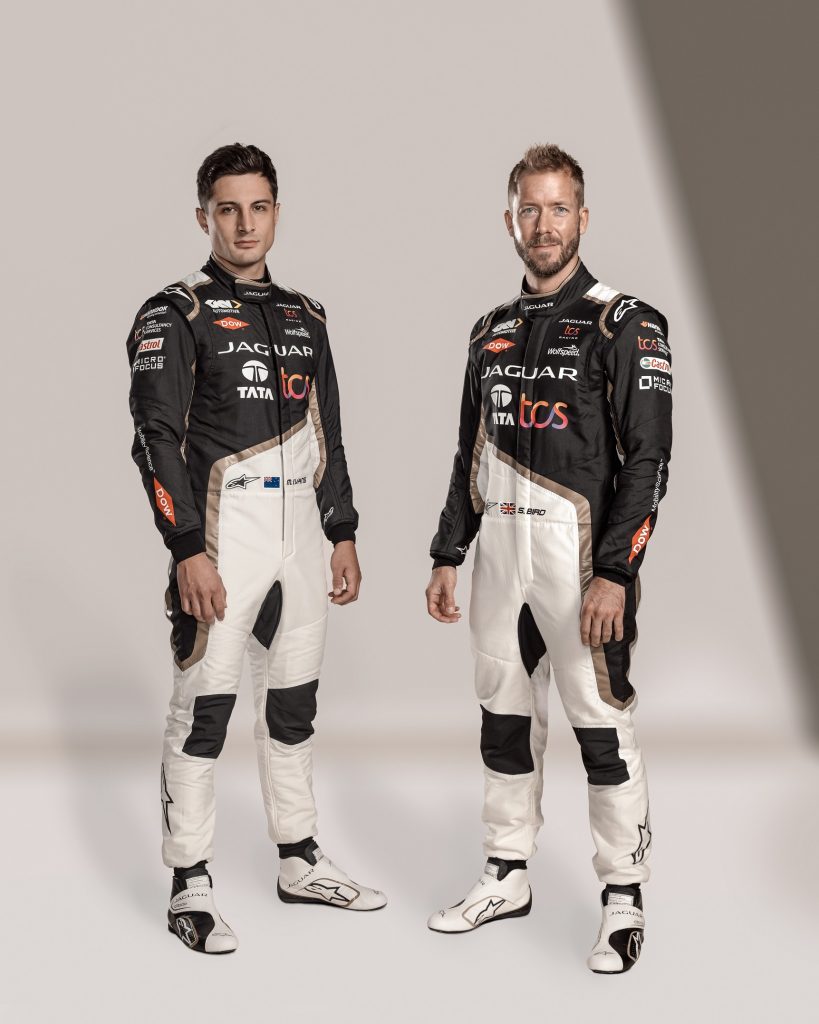 Formula E is a real-world test bed for Jaguar with its journey to becoming an all-electric luxury brand from 2025. Jaguar TCS Racing’s goal is to ‘Reimagine Racing’ and together the team will test, develop, learn and collaborate, sharing insights across Jaguar Land Rover which will benefit future road car development. Specifically, learnings and technology transfer from Formula E will help ‘Reimagine” the Jaguar brand coinciding with the company’s commitment to the Gen3 era of Formula E.

2023 is the first year for the teams to be racing with the Gen3 car, the world’s first net zero race car.

As an official manufacturer team in Formula E, Jaguar TCS Racing designs its own powertrain, which includes the motor, transmission, inverter, and rear suspension. Jaguar, via its long-term Formula E technical partner Williams Advanced Engineering, will supply Envision Racing with its powertrain for the Gen3 era.

To control costs, the carbon fibre chassis and battery are common components and the same for all eleven teams. This allows the focus to be on developing efficient and lightweight electric vehicle powertrains which will improve the performance and range of future Jaguar Land Rover electric vehicles.

Teams have two race cars, one per driver, which will be used for the full race distance. Beyond its all-electric concept, Formula E is unique in the world of motorsport for its choice
of venues. The 2023 championship takes place on temporary street circuits in the centre of the world’s major cities including Mexico City, Diriyah and Rome, with new locations including Hyderabad, Cape Town, and São Paulo. The season finale plays out across a double-header race weekend in London.

Formula E remains a key priority for Jaguar Land Rover and the company’s Reimagine strategy. As the premier all-electric world championship, Formula E allows us to test and develop new electric vehicle technologies in a high-performance environment. It continues to be the test bed for our Race to Innovate mission that will see Race to Road and Road to Race learnings that will help shape our electric future – a future that Jaguar is passionate about, and dedicated to for the benefit of our society, the changing landscape of mobility, sustainability and our clients.

Through our Race to Inspire mission, Jaguar TCS Racing are committed to inspiring the future generation by using the race programme to create a positive impact on our planet and the communities in which we race. From competing in the world’s first net carbon race car to supporting and training the next generation of engineers and motorsport professionals.