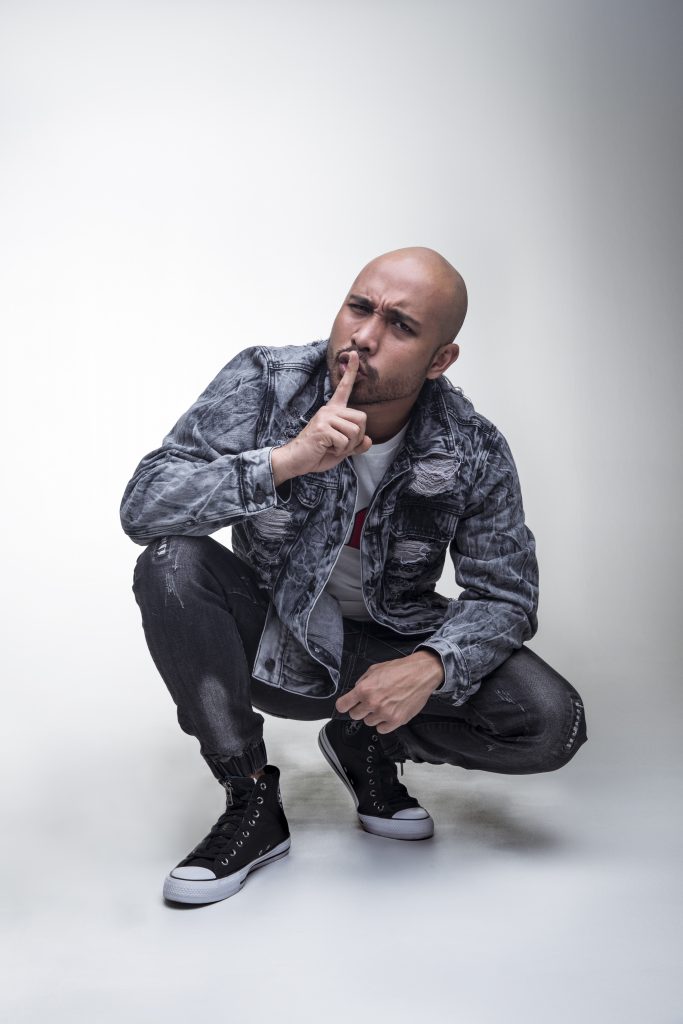 The Magners International Comedy Festival, which is being held in Singapore from March 8 to 11 as part of the Singapore Festival of Fun (March 8 to 18), will have a Singapore versus Malaysia segment at Get Juiced in Clarke Quay on March 10 (Saturday) from 8pm to 10pm.

“Singapore versus Malaysia will be fun to experience,” said Matt Bennett, the 50-year-old Managing Director of Magic Rock, which is organising the Singapore Festival of Fun. “Fakkah Fuzz with his Netflix coverage seems to be drawing most support, but it’s all about who does best on the night.”

The 31-year-old Fakkah, whose real name is Muhammed Fadzri Abdul Rashid, is the first Singaporean to be featured in streaming-giant Netflix’s comedy special. On March 10 he will have to be really good if he and Samuel were to best the Malaysians.

Here the four contests talk to Inside Recent about the event:

Are you going to say anything new at the Singapore versus Malaysia challenge?
Samuel See: I’m just going to call Kavin Jay & Sulaiman Azmil various synonyms for “broke-ass dumb dumbs” for 20 minutes.
Sulaiman Azmil: I’ll keep that as a surprise. So that come March 10, it’ll still be new.
Kavin Jay: What am I going to say? well, I am very sure it will be shocking, surprising and funny. But really, it’s up to you to find out.
Fakkah Fuzz: Come to the show and you will know. I can’t say these things here or else you guys won’t get your money’s worth when you come to the night.

Are there any topics that you are not allowed to touch on?
Samuel: Mainly any topics that are placed on a high shelf.
Sulaiman: There shouldn’t be. It should be up to the individual comic to decide whether or not he would touch on a particular topic rather than be subject to any external imposition of limits or parameters.
Kavin: Not really, usually comedians are a rebellious bunch. Tell us not to do something, and that is exactly what we will do. No holds barred.
Fakkah: Jeez! I don’t know man, the more you tell comics not to talk about something the more they feel the need to do it. So, it’s no holds barred, if you ask me.

How do you see the audience reacting?
Samuel: Hopefully with laughter, but I will take chuckles if available.
Sulaiman: It’s not easy to speculate on how an audience might react. The same joke performed to different audiences, different demographic compositions, with different levels of inebriation, in different venues, at different times of day, etc, may very well elicit different responses. But I’m looking forward to March 10. I have the feeling that the audience that night will be more than up for it, energetic, ready to laugh, cheer and be entertained.
Kavin: Hopefully with laughter, after all it is a comedy show. Mad with applause, underwear throwing is also accepted.
Fakkah: In uncontrollable laughter, I hope.

What made you take part in this match-up?
Samuel: The pride of country and comedy. Also money. Not in that order.
Sulaiman: I’ve been promised payment in Singapore dollars.
Kavin: The free trip to Singapore. I am very easily pleased.
Fakkah: Honestly? The job offer and the fact that I’ve worked with these people almost all my stand-up life. Can’t picture a time where I won’t be working with them.

How does having a team-mate help you?
Samuel: He (Fakkah) gets to close the show since he has a Netflix special and I can go home earlier.
Sulaiman: Kavin Jay (as seen on Netflix) is an accomplished comic. With years of experience performing in comedy clubs, corporate events, festivals and variety shows, live and on TV, within and outside Malaysia. I can count on Kavin to be ever ready to dispense sagely advice on key aspects of any gig… like where to go to for the post-show makan.
Kavin: Honestly, he (Sulaiman) is doing all the work. I am just going to show up, and he will do everything.
Fakkah: It doesn’t.

Do you prepare the lines beforehand?
Samuel: Yup, with tender love, care and in a pre-heated oven at 180 degrees C.
Sulaiman: Everything is impromptu. When I’m on stage, I simply rely on my immeasurable wit and unmatched eloquence. Not! Of course one has to prepare.
Kavin: Hell no. Prepare? of course not. We are way too lazy for that.
Fakkah: I think about them while I’m handling business. And when I say business I mean when I’m taking a dump. True Story.

What is your usual repertoire?
Samuel: Jazz hands, insults and a disregard for e-mail complaints.
Sulaiman: I don’t have a specific one. So the content can be pretty rojak; a melange of observations, recollections, analogies as well as historical facts and scientific formula. Since i don’t suffer from hippopotomonstrosesquipedaliophobia, there would probably also be a few five-syllable words thrown in for good measure.
Kavin: Usually a song and dance, some ballet and operatic throat singing. But I might do something different this time, like tell jokes.
Fakkah: Malay Malay Malay here’s a little something about myself… Malay Malay Malay.

Would you say the stand-up comedy scene is much better in Singapore or Malaysia?
Samuel: I would say that no matter the country, as long as comedy is thriving, then we all win. But I’m not going to say that, because we’re like totally better. Like tots.
Sulaiman: There is a thriving stand-up comedy scene in both countries.  Week in, week out, in both Singapore and KL (and Petaling Jaya), there are shows featuring experienced comedians, local and from abroad, as well as open mic nights where we see new talents coming through. It’s rather difficult to say that the scene in one country is much better compared to the other. What isn’t difficult to say is that the post-show makan in one country is way more expensive compared to the other.
Kavin: Honestly, it is the same, there is no contest between the two, we are very supportive of one another, and the growth has been quite exponential on both sides, and It’s been exciting times for both industries.
Fakkah: Both are fine really. We always show love to each other, so in that sense I think the stand-up scene has grown a great deal.