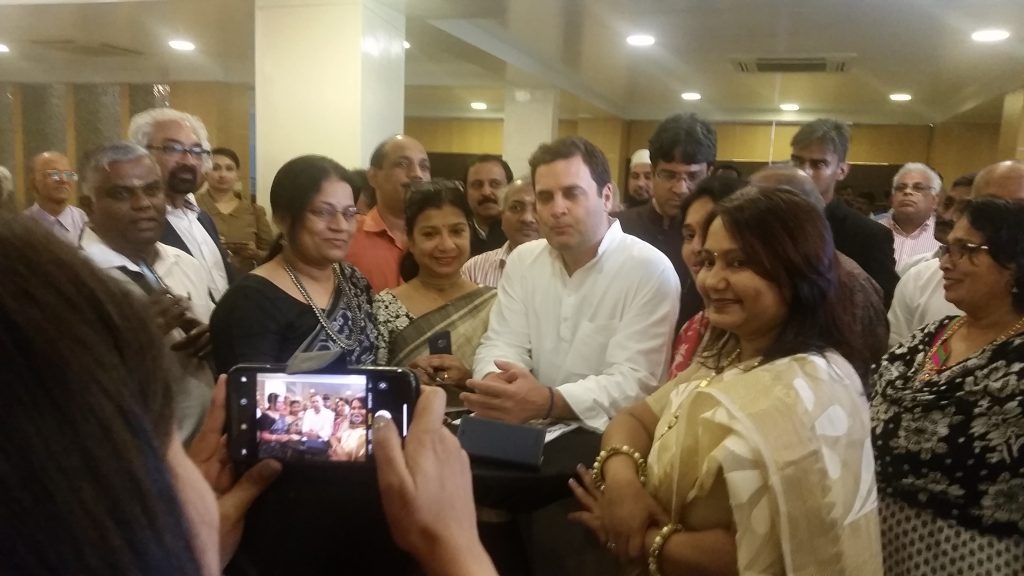 He was present at the Singapore Indian Association for just about 20 minutes on March 8 and perhaps made the shortest speech by an Indian politician – all of 47 seconds.

Indian National Congress President Rahul Gandhi, of course, had a hectic schedule, as it was announced that he had to attend nine events in Singapore that day.

But his whistle-stop appearance at one of the oldest and most respected Indian institutions in Singapore left several people disappointed, including a gaggle of women whom he perfunctorily obliged by signing autographs.

On International Women’s Day, the 47-year-old, a bachelor, did not even wish them “Happy Women’s Day”. Instead he made cliché-filled remarks to the predominantly India-born Indians who had turned up to meet him. Such as “you have have achieved a lot and will continue to do so and thanks for keeping the Indian flag flying…”.

He accepted a couple of books written by Indians staying in Singapore. But he certainly failed to make a mark during his brief interaction with the Indian diaspora and non-resident Indians, who will be allowed to vote in the 2019 Indian general elections.

Mr Gandhi is scheduled to be in Singapore on March 8 and 9. He will then fly to Malaysia.