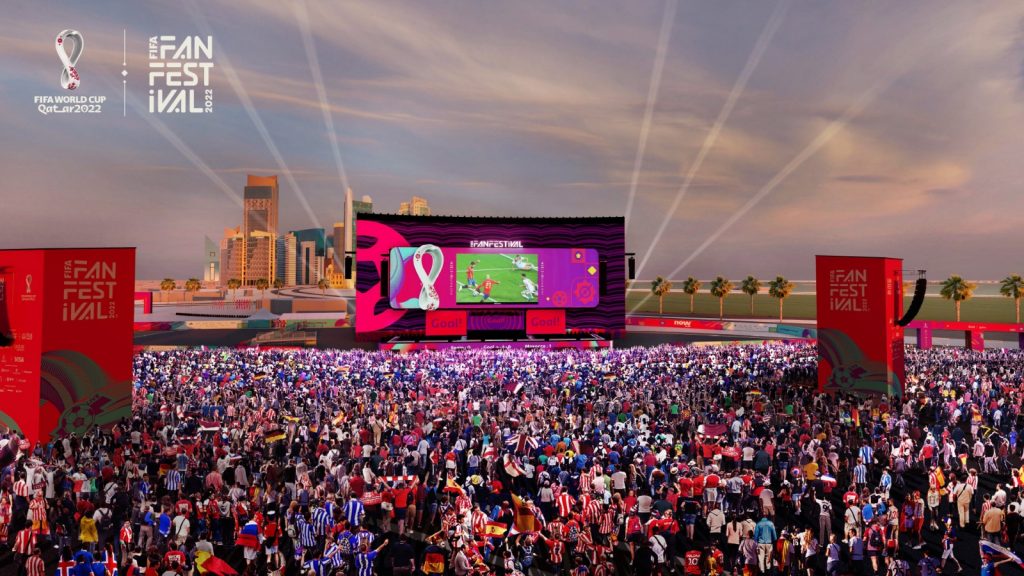 Beginning with the FIFA World Cup Qatar 2022TM, this multidimensional, inclusive event will provide new ways for fans to celebrate their shared passion for football and experience the best in music, entertainment, local culture, food, games and lifestyle trends in a true festival environment.

Following its debut in its new form in Qatar later this year, the FIFA Fan Festival will premiere at the FIFA Women’s World CupTM at the tournament in Australia and Aotearoa New Zealand in 2023.

“To support our mission to make football truly global, accessible and inclusive, we are thrilled to introduce a new vision for the entertainment experience surrounding future FIFA World Cup events,” said FIFA President Gianni Infantino. “The FIFA Fan Festival provides an incredible opportunity for fans to come together beyond the stadiums and the on-pitch action and experience football in new and unique ways. We are truly excited about the future of the FIFA Fan Festival and the enhanced entertainment offerings that will bring fans and partners alike closer to both men’s and women’s FIFA World Cups, as well as global football culture.”

The newly reimagined FIFA Fan Festival was designed to tap into the unique electricity felt around major FIFA competitions. It will give all types of fans – from avid supporters to casual football enthusiasts and lovers of music, food and culture – new ways to connect and engage with football in a fun, entertaining and festive atmosphere.

FIFA will roll out the revamped FIFA Fan Festival at the FIFA World Cup Qatar 2022, in close collaboration with the host country.

“There will be something for everyone at the Qatar 2022 FIFA Fan Festival at Al Bidda Park. With the stunning West Bay skyline as a backdrop, fans will enjoy live matches, a host of musical and cultural performances, and a vast range of food and beverage options,” added Supreme Committee for Delivery & Legacy (SC) Secretary General and FIFA World Cup Qatar 2022 LLC Chairman, H.E. Hassan Al Thawadi.

“It will be the centrepiece of our FIFA World Cup – the first to be held in the Middle East and the Arab world. When fans arrive in November, they should expect a warm welcome, amazing football and a large number of entertainment options. We look forward to welcoming the world in just over 70 days.”

For the FIFA World Cup Qatar 2022, the FIFA Fan Festival will be held at one central location at Al Bidda Park in Doha over the 29 days of the tournament (20 November – 18 December 2022).

To provide the best possible experience for visitors, the event at each venue will be tailored on the basis of the local climate, the matchday and kick-off times.

In an effort to take the excitement of the FIFA World Cup and the FIFA Fan Festival to fans around the world, FIFA is also creating a unique commercial licensing model that will allow new and existing stakeholders to stage satellite events in major cities across the globe.

Updates about licensing partners and International FIFA Fan Festival events planned for the FIFA World Cup Qatar 2022, FIFA Women’s World Cup Australia & New Zealand 2023 and beyond will be provided in the coming weeks.