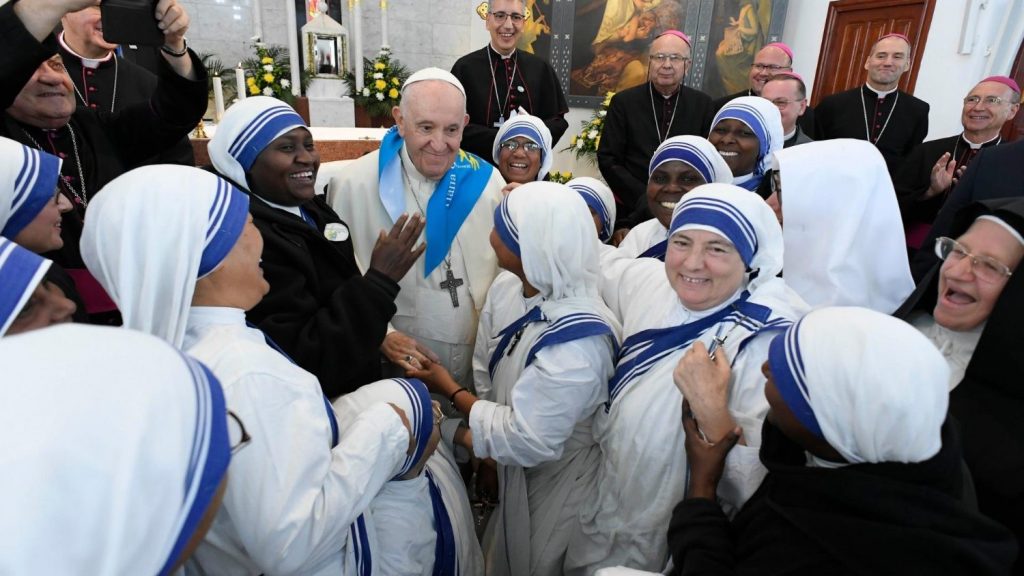 During his meeting with Kazakh President Kassym-Jomart Tokayev on Sept 13, Pope Francis lauded the country’s role in promoting dialogue and peace.

According to Akorda’s press service, President Tokayev welcomed Pope Francis, who arrived to attend the seventh Congress of Leaders of World and Traditional Religions, reported The Astana Times.

Together they gave a press conference at the Akorda presidential residence, where the President emphasized the historical significance of the Pope’s visit.

“Pope Francis is making an apostolic visit to Kazakhstan for the first time. This year marks 30 years since establishing diplomatic relations between Kazakhstan and the Vatican. Your visit coincided with this important date. We attach particular importance to this event since today’s meeting is designed to take our cooperation to a new level,” the President said. 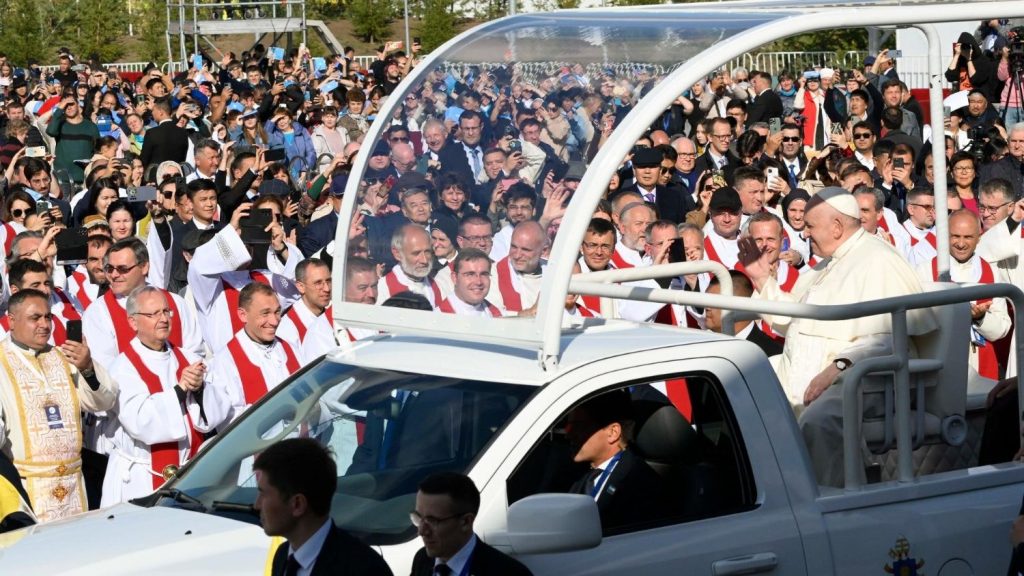 The Pope, in turn, noted Kazakhstan’s prominence as the crossroads and a link between Europe and Asia, reported The Astana Times.

He also expressed appreciation of the country’s contribution to nuclear disarmament, development of environmental policies and commitment to carbon neutrality.

“This, along with the commitment to interreligious dialogue, is a seed of hope sown in the common soil of humanity. It is up to us to cultivate those seeds for the sake of future generations, for the young, whose desires must be considered as we make decisions affecting the present and the future,” said the Pope.

Nearly 10,000 people attended a holy mass conducted by Pope Francis for Roman Catholics as well as representatives of other religions and their confessions on Sept. 14 in Nur-Sultan as part of his 38th apostolic journey to Kazakhstan. 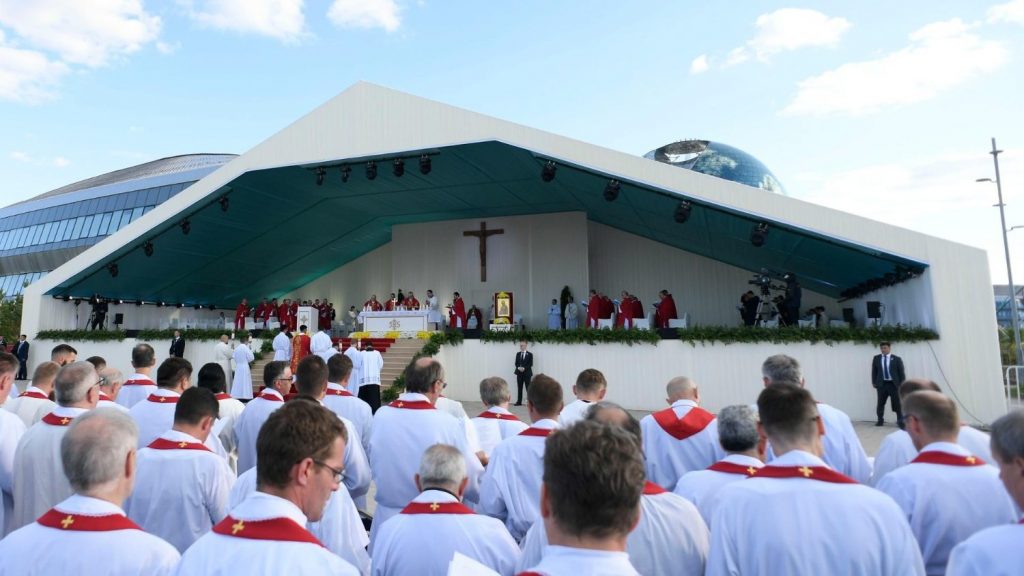 During the celebration, the Pope, who arrived on Sept. 13 to Nur-Sultan to attend the seventh Congress of Leaders of World and Traditional Religions, called on his people to strive for peace, love and compassion.

“Peace, as well as the coexistence of various ethnic groups and religious traditions, integral development and social justice cannot be acquired once and for all, it must be acquired every day. A universal effort is needed so that Kazakhstan can develop even more in brotherhood, dialogue and understanding to build bridges of solidarity cooperation with other peoples, nations and cultures,” said Pope Francis.

He emphasized the increasing number of countries torn by conflicts and violence.

“I think of many war-torn areas, particularly beloved Ukraine. May we never grow accustomed to war or resigned to its inevitability. Let us come to the aid of those who are suffering and let us insist on trying to truly achieve peace. What still needs to happen, how many deaths will it still take before conflict yields to dialogue for the good of people, nations and humanity?” he told the gathering.

“I learned with dismay that during those hours new hotspots of tension had ignited in the Caucasus region. Let us continue to pray that also in those territories, peace and harmony will prevail over strife,” Pope Francis said.

On his final day of the visit, the Pope attended the closing ceremony of the congress where the participants adopted the declaration. It will be distributed during the 77th session of the UN General Assembly.

The main document of the congress includes a list of critical issues confronting the world today, potential solutions, and the aspirations and appeals of world religious leaders addressed to the international community.

The previous holy mass was celebrated by Pope John Paul II during his visit to Kazakhstan on Sept. 22-25, 2001. It was just few days after the tragic 9/11 terrorist attacks in the United States. 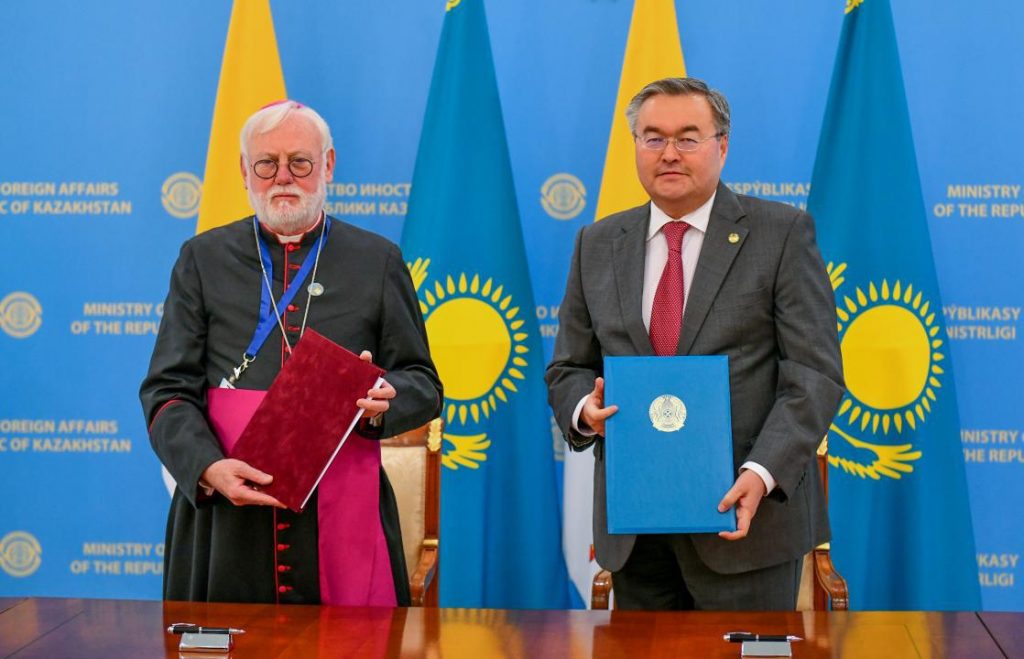 Kazakh Deputy Prime Minister and Foreign Affairs Minister Mukhtar Tileuberdi and Vatican Secretary for Relations with States Archbishop Paul Richard Gallagher signed an additional agreement, to the one signed between Kazakhstan and the Holy See on mutual relations on Sept. 24, 1998, to enhance cooperation between the states, reported the ministry’s press service on Sept. 14.

The sides held a meeting in the Kazakh capital as part of Pope Francis’s apostolic visit to Kazakhstan. They stressed the importance of encouraging interfaith harmony and interreligious communication.