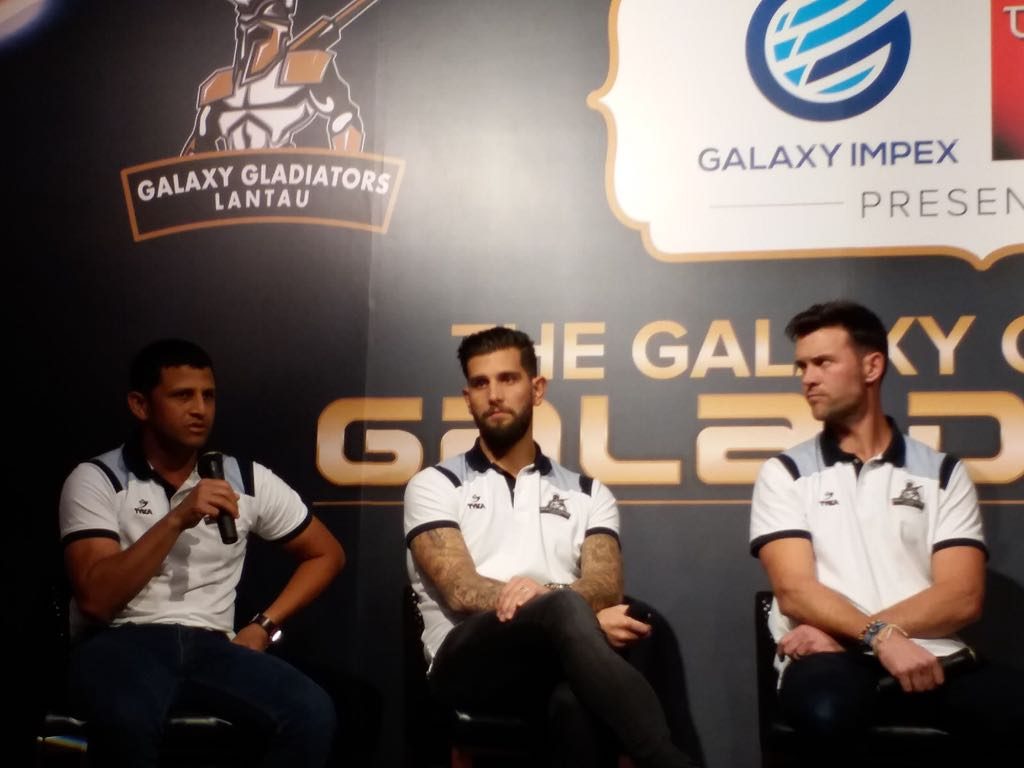 Singapore cricketer Chetan Suryawanshi (photo, left) did not get a chance to play in this year’s edition of the Hong Kong T20 Blitz, which concluded on February 11, because his side, Galaxy Gladiators Lantau, was captained by Sri Lankan legend Kumar Sangakkara, who is also a wicketkeeper-batsman like him. But the six-day outing with the Hong Kong franchise gave him fresh insights into how the top players in the world excel.

“I noted that the skill levels of all the players at the T20 international level are the same,” said Chetan, 32, who was a Galaxy squad member for the Feb 6-11 tournament. “It is the mental toughness that sets the top players apart. They are able to play well under pressure and this is something I learnt and I will carry this with me when I turn out for Singapore this year.”

Sangakkara himself nearly pulled off a win for Galaxy in the final, as they lost to Hung Hom JD Jaguars by a mere six runs. The former Sri Lanka captain struck a belligerent 76 in the run chase, but he got out slicing a shot to covers and his side could only finish on 194-4 in reply to Jaguars’ 200-7.  The 40-year-old elegant left-hander had knocks of 94 not out and 92 in previous matches which carried Galaxy to the final. “His experience showed,” said Chetan, who is the captain of the Singapore national men’s team. “He was the top performer for our side, batting with purpose and dedication in every game.”

The tournament also turned out to be good for Hong Kong players, who took both the best batsman and best bowler honours. “Each team could field six local players in a match and Hong Kong players got good exposure playing at this level,” said Chetan.  “I wish we could have a similar tournament in Singapore which will give our upcoming players a chance to show off their talents.”

The Singapore Indian Association had organised a tournament like the HK T20 Blitz, called the Olam Cup, in 2o10 and 2011 in which several foreign stars, such as Sanath Jayasuriya, Shoaib Akhtar Upul Tharanga and Dirk Nannes, participated. The initiative allowed several Singapore players to flourish, with Anish Param taking the best batsman title in one of the editions. “Playing in such tournaments gives you a lot of confidence,” said Chetan. “It gives local players the belief that they can play at the same level as noted international players.”

According to Chetan, all the players from the International Cricket Council (ICC) Associate nations did well at the HK T20 Blitz, which drew record crowds and was beamed live to several countries attracting a viewership of around 175 million. “Overall the standard was high,” he said. “There were scouts from Indian Premier League clubs watching the matches and also ICC officials were present.  The tournament has really improved a lot since it was started three years ago and looks like it will continue to attract top international names in the coming years.”