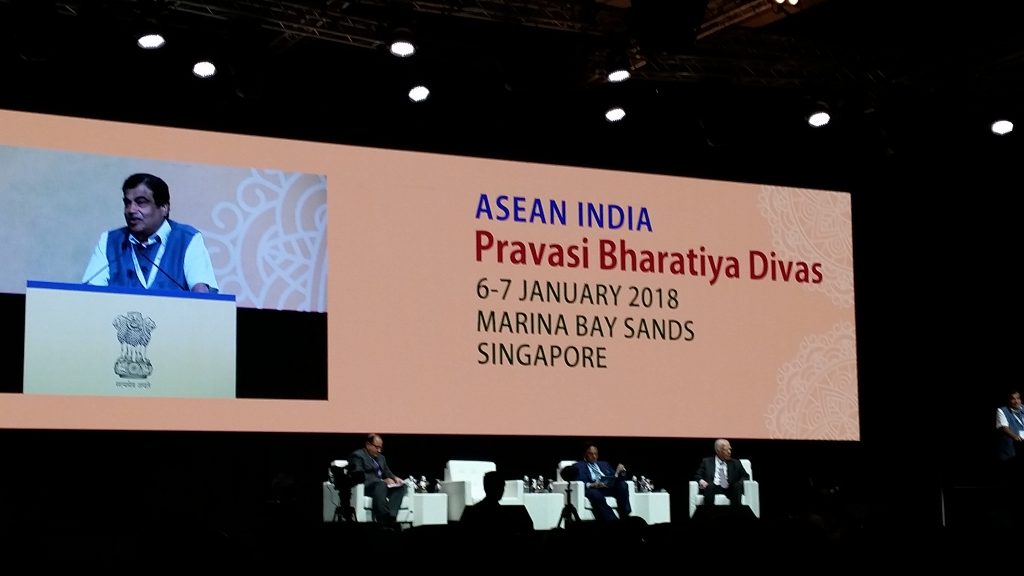 The Asean-India Pravasi Bharatiya Divas, India’s mega diaspora event held at the Marina Bay Sands Convention Centre in Singapore on January 6 and 7, served to showcase the country’s growing ties with the south-east Asian countries amid China’s attempts to expand its influence in the region.

More than 3,000 delegates from across the world attended the two-day show, which had the theme: Ancient Route, New Journey: Diaspora in the Dynamic Asean-India Partnership. The aim of the conference, organised by India’s Ministry of External Affairs and put together by the Indian High Commission in Singapore, was to highlight the ancient human, maritime, cultural, commercial and religious links between India and south-east Asia and to promote greater economic, cultural and diplomatic cooperation between the two regions.

It featured several activities, including the inaugural InSpreneur (India-Singapore/Asean Entrepreneurship Bridge), which focused on start-ups, cyber security and disruptive technologies in manufacturing, a writers’ festival, a film festival, an art exhibition, a photo exhibition on the two millennia of India-Asean links, as well as Ayurveda and yoga workshops.

India’s External Affairs Minister Sushma Swaraj, who inaugurated the event, said: “We are here to reaffirm our commitment and to share the course of our journey ahead to the future of India and Asean in the world. Our diaspora provides a platform for a stronger relationship between India and Asean countries.”

The Press Trust of India reported that she called for addressing the common challenges in the region like creating skills for the digital age, generating jobs in the age of disruption, meeting the need of rapid urbanisation, protecting the bio-diversity and making the energy sources cleaner.

“We are moving from industrial age to information age. The global power balance is shifting, and the relation between nations are changing,” said Ms Swaraj. “There is interesting new technology but unsettled question of history still divides us. At the same time, we see progress and opportunities as never before.

“It is the time for India and South-east Asia to work for prosperity for its people and secure a peaceful future for the new generation.”

Dr Balakrishnan said there is lots of scope for economic integration between Asean and India and believed that the evolving trade pact, the Regional Comprehensive Economic Partnership (RCEP) between Asean and six of its key partners, could become the world’s largest as it would cover half of the world’s population and a third of its gross domestic product.

“Economic integration is not just a mantra, but it is crucial for the mutual prosperity of the citizens of India and of Asean,” he said.