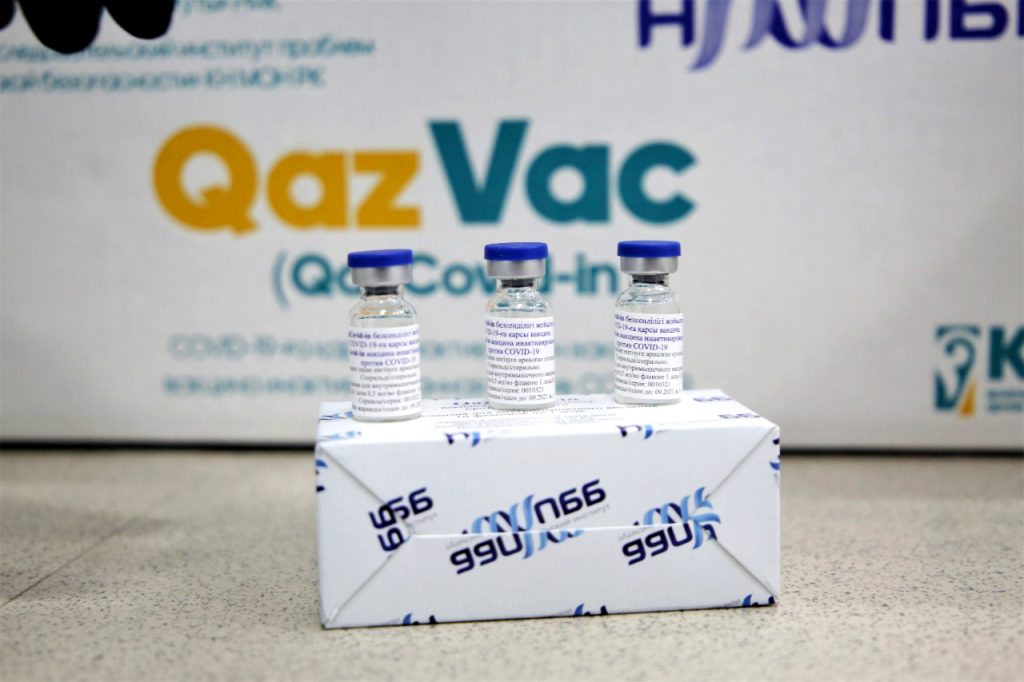 Kazakhstan on April 26, 2021, launched QazVac, its own vaccine for mass inoculations against Covid-19, starting with popular locations such as shopping malls.

On the same day, Healthcare Minister Alexei Tsoi received a jab (below) in front of the media at an outpatient clinic in  Nur-Sultan.

He said that the first batch of the vaccine – 50,000 doses – was delivered to different cities and regions.

Noting that they are in talks with various production facilities to increase the vaccine production capacity, Mr Tsoi said: “We are also evaluating the fields of our Turkish partners in this regard.” 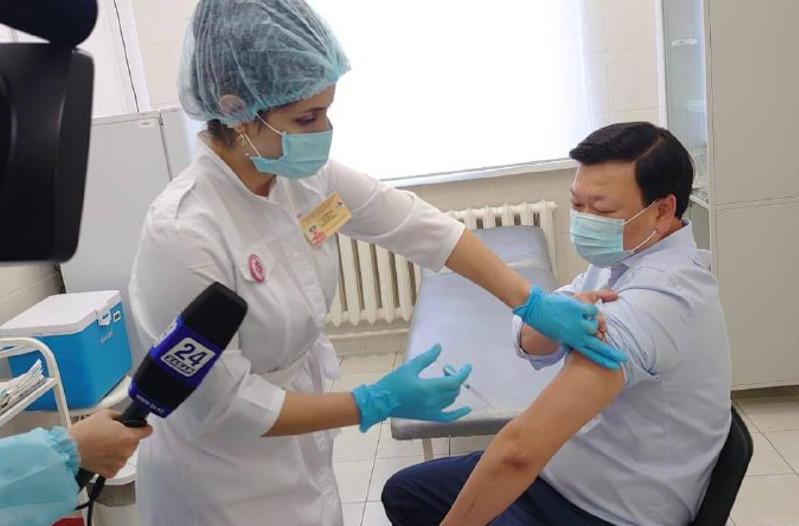 The minister also recalled that his country is one of the five countries in the world that has developed its own vaccine against Covid-19.

The vaccine was developed by the Almaty-based Kazakh Biosafety Research Institute. It is administered in two stages – the second dose after 21 days.

The QazVac vaccine can be stored at temperatures between 2 and 8 degrees Celsius.

The first 50,000 doses of the vaccine were delivered to the SK Pharmacy hubs and the regional health management warehouses across the country on April 23 –  6,000 doses were supplied to Nur-Sultan and Almaty cities, 4,000 doses to the city of Shymkent as well as Karaganda, East Kazakhstan and Almaty regions. The rest of the regions will receive 2,000 doses each.

On April 23, Kazakh President Kassym-Jomart Tokayev wrote about the QazVac progress in his Twitter account: “The delivery of the QazVac vaccine to the regions of the country has started. We will increase domestic vaccine production for it to be available to all citizens. Kazakhstan is one of the few countries in the world able to develop its own vaccine. Thank you to all the scientists and specialists who developed the vaccine!.”

Mr Tugzhanov noted that all the orders of the President on the issue of the Kazakh vaccine, which were first given last October, are in the process of implementation.

The vaccination against the coronavirus started Feb. 1 in Kazakhstan. The nation currently uses Russia’s Sputnik V vaccine, which is manufactured at the Karaganda pharmaceutical plant.

As of April 27, the vaccination in the country has reached 823,498 people with the first-dose injection and 132,603 with the full vaccination, according to the Kazakh Ministry of Healthcare.

Temasek Shophouse Conversations calls for collective action to address climate change
Assembly of the People: Key contributor to ethnic and religious harmony in Kazakhstan
To Top