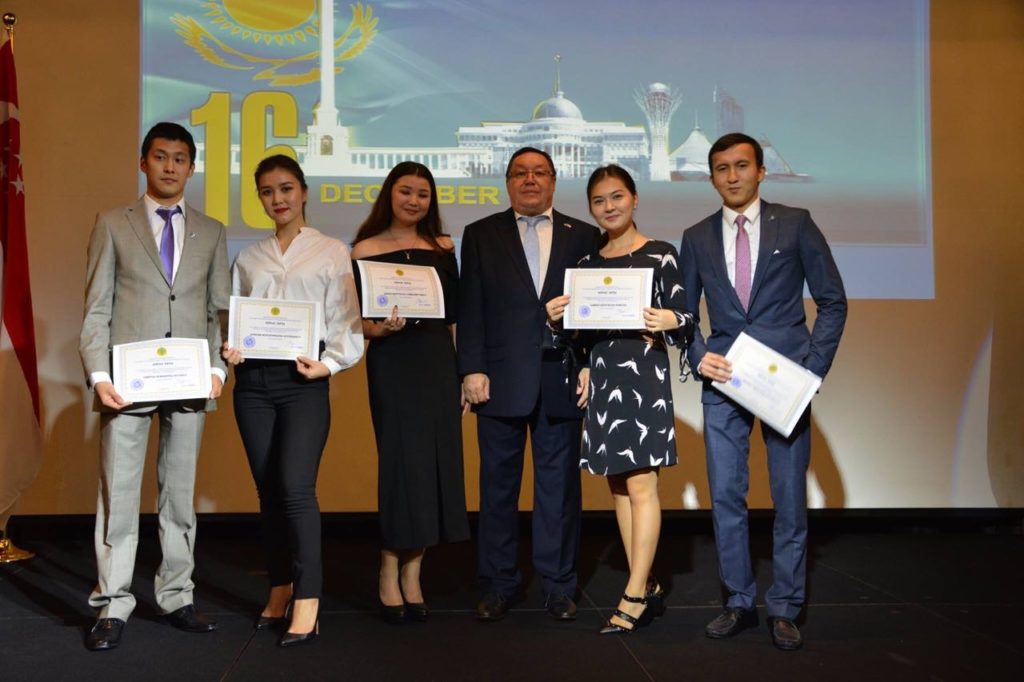 The Kazakhstan embassy in Singapore marked Kazakhstan’s 26th Independence Day with a reception at the Mandarin Orchard on December 7.

More than 200 guests, including diplomats, businessmen and journalists attended the event, which had a display of Kazakhstan art works and a sumptuous buffet.

Speaking on the occasion, Kazakhstan’s Ambassador Usen Suleimen mentioned the warm ties his country enjoys with Singapore and elaborated on the reforms taking place in Kazakhstan. He also said that trade between the countries is growing.

Mr Suleimen later raised a toast along with Senior Minister of State, Prime Minister’s Office, Heng Chee How, who spoke about the close relationship that Singapore has with Kazakhstan.

He elaborated on the high-level delegations that visited Kazakhstan in 2017 and Singapore’s participation in the Astana Expo.

Kazakhstan has embarked on a third modernisation drive under the leadership of Mr Nazarbayev.