According to data from URA realis, 1,546 residential units were sold in November in Singapore, a 72.2% (m-o-m) increase, as compared to the 898 units in the previous month.

On a yearly basis, this is the highest number of units sold for the month of November since 2011, when 1,702 units changed hands, noted Mr. Mohan Sandrasegeran, Research & Content Analyst, Ohmyhome. 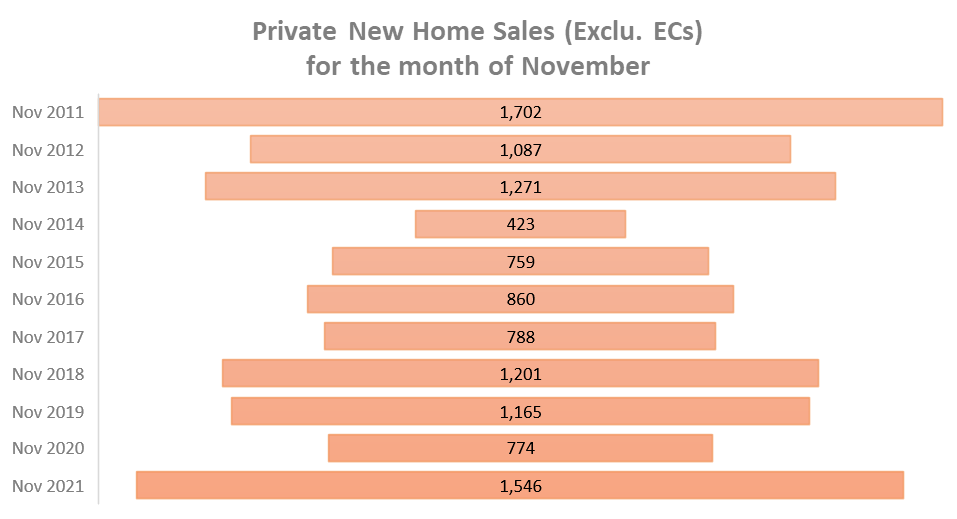 The top selling project for the month of November was the newly launched CanningHill Piers,which sold 82.8% of its 696 units at a median price of $2,887 psf. In addition, the highest transacted price in the month was also from CanningHill Piers. Its only penthouse sold for $48 million ($5,360 psf).

Notably, there was an increase in demand for smaller sized units in the project. The majority of the transactions were concentrated in the size range of 474 to 560 sq ft, which were the 1-bedders with study rooms. This accounted for about 38.0% of the 570 units that were transacted. Next most popular were the 2 bedders, which comprised about 29.0% of all transactions. 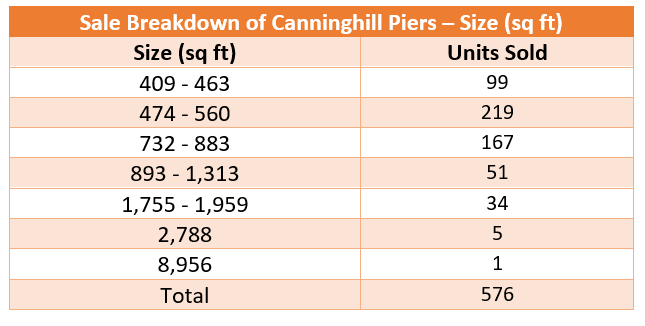 Despite a hefty percentage of 80.2% Singaporeans purchasing units at CanningHill Piers, there were at least 43 foreigners and 71 Singapore Permanent Residents purchasing these units as well. The project has an ease of accessibility to the CBD (Central Business District) and the downtown core, which will be attractive to these groups of buyers who could be commuting to work.

In terms of popularity, Canninghill Piers was the second best selling new launch condominium among foreigners for the 11 months of 2021,with the first being Normanton park, which had 59 transactions by foreigners.

The second best selling project was The Commodore. It sold 74.9% of its 219 units at a median price of $1,513 psf. The Commodore is the third new development to be launched in the Canberra area this year.

Both The Commodore and The Watergardens At Canberra sites are next to each other, which were both awarded under the Government Land Sales (GLS) Programme.

Buyers are spoilt for choice as average prices of both projects are very similar, and they share equal proximity to the Canberra MRT station (under 500m). 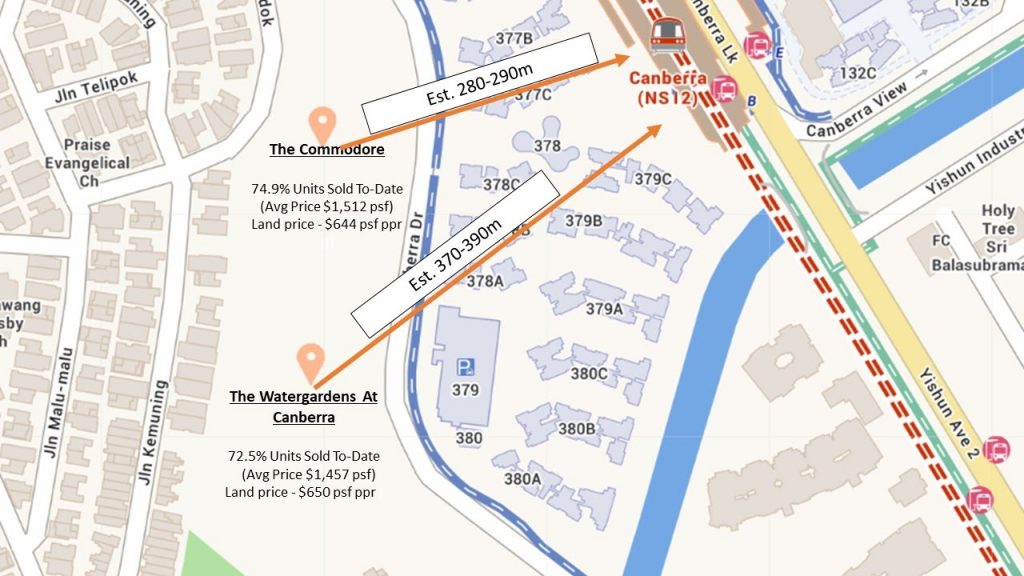 Not surprisingly, both projects have crossed the 70% mark in sales, but bigger families are more likely to be attracted to The Commodore as it offers more 4 and 5 bedrooms.

It has been a favorable 2021 for the private new home sales market. Resilient demand accelerated the number of new home transactions to a record high.

This is due to more new launches entering District 5, especially projects that have a higher quantum of units of more than 500 units.

Normanton Park was one of the primary contributing new launch projects for the rise in new home sales in district 5. Other projects include Parc Clematis and Clavon as well. 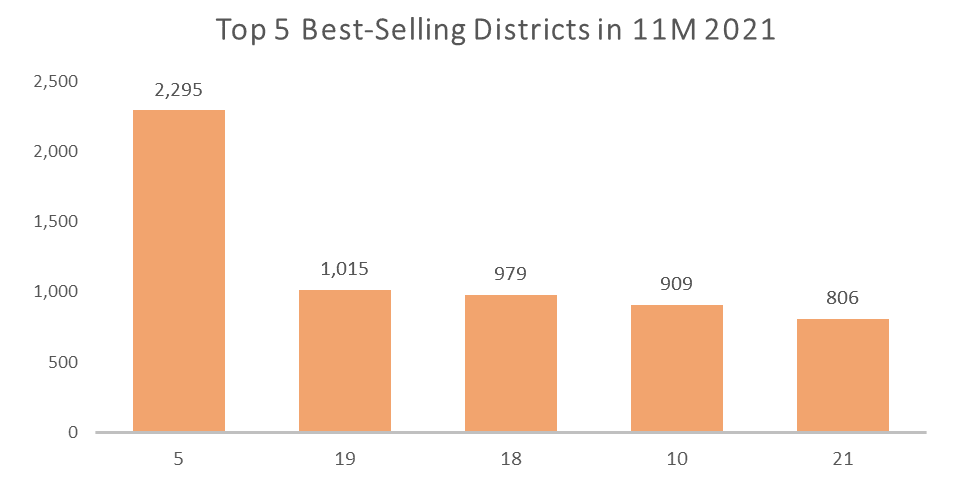 We can expect sales in December to be moderate – as typically sales are lull due to the school holidays. However, we anticipate the newly launched Perfect 10 will spur demand for the month.

Nevertheless, this will be the highest number of new home transactions since the previous high in 2013, when 14,948 units were transacted. As we look forward to 2022, we can expect the robust demand to continue, with a dwindling inventory of unsold units and a progressive interest in en bloc sales.