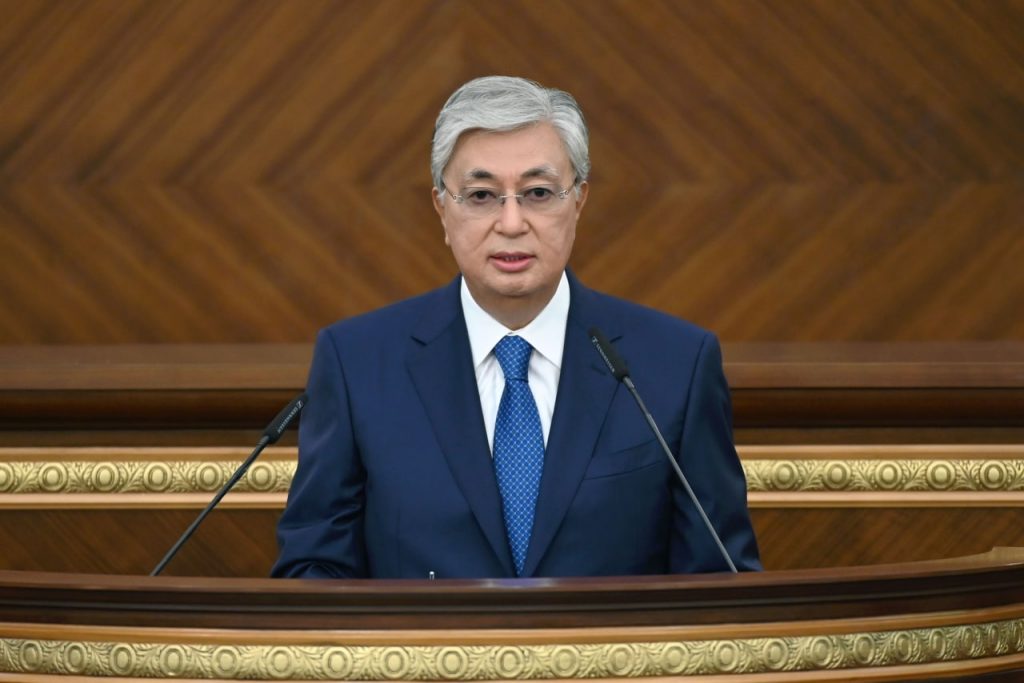 Every year, the address to the nation by the Kazakh President kicks off the political season, but this year was unlike the others. The Sept. 1 state-of-the-nation address of President Kassym-Jomart Tokayev was the second address he delivered this year, vowing bolder reforms in light of growing public demand for changes.

Early presidential elections this fall were the headline of the address. Mr Tokayev also announced plans to limit the president’s tenure to a single seven-year term, instead of the previous two five-year terms, considered to be a significant political change not only for the country but for the region since independence.

Mr Tokayev’s presidential term is supposed to end in 2024, and if elected again, he would remain in office until 2029. This move, according to him, would “significantly lower the risks of power monopolization.”

Under Mr Tokayev’s leadership, Kazakhstan has been going through a rather ambiguous stage of its development, which combines elements of evolution, reforms, and anti-crisis response measures, said Kazakh political analyst Andrei Chebotarev. Nearly half of the president’s term, he said, went unplanned and when he took office in 2019, his ability to act fully was limited by what Mr Chebotarev called a “global black swan” event, referring to the COVID-19 pandemic.

“The expected re-election is, however, an opportunity for him to make up for lost time and do many new things for the country,” said the expert.

While Mr Tokayev’s decisions can raise certain criticisms among the protest-minded part of the populace, as well as among international structures, noted Mr Chebotarev, they simultaneously refuted the previous criticisms addressed at Mr Tokayev.

“Many opponents often criticized him for weakness, indecision, and inconsistency, so he refutes these criticisms and assessments with his current actions. Besides, the President will go to the new elections not as Nursultan Nazarbayev’s successor with the latter’s support but as a politically independent figure,” said the expert.

Mr Chebotarev sees the elections as a chance to consolidate power, as the risks of destabilization are growing. Challenging external and internal circumstances also explain this unexpected decision.

“Despite its multi-vector foreign policy and its desire to remain neutral in various kinds of international conflicts, Kazakhstan, due to a number of objective factors, is feeling the critical consequences of the ‘war of sanctions’ between Russia and the West. The growing tensions between China and the United States and the ambiguous situation in Afghanistan after the return of the Taliban to power also pose potential risks for the country and Central Asia,” said Mr Chebotarev. 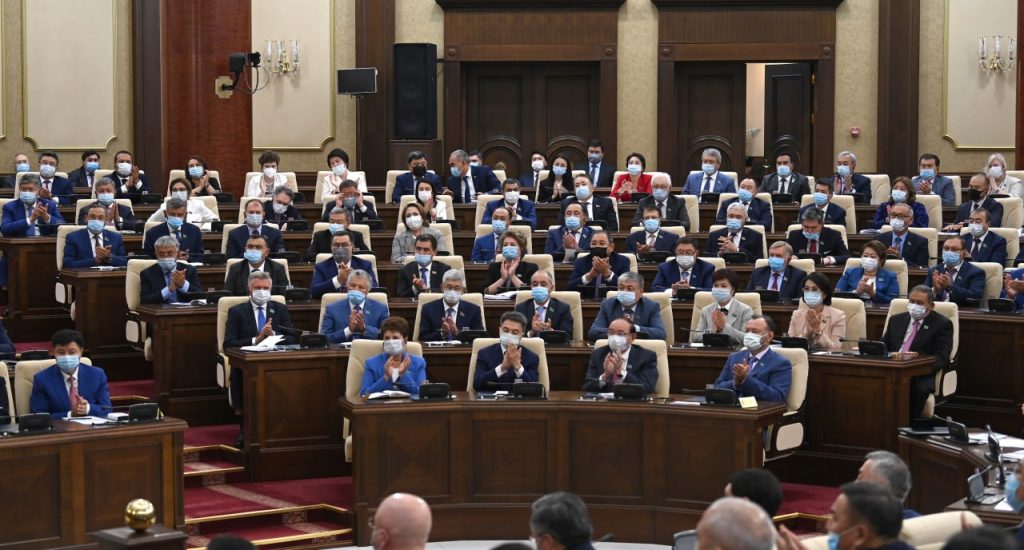 Kazakhstan Institute for Strategic Studies Director Yerkin Tukumov said that the initiatives proposed on September 1 are a logical follow-up on reforms announced by Mr Tokayev in his March address, following the tragic January events.

“In general, the fact that the year began with political reforms, once again confirms the principle that the economy cannot come before politics. If we want an inclusive economic model, then, first, we need an inclusive political system. And for a long time in Kazakhstan, we followed the formula ‘first economy, and then politics,’” said Mr Tukumov.

He commended Mr Tokayev’s call for a new administrative reform, saying the country needs new public managers and better access to high executive positions in the civil service for everyone, including representatives of the private sector.

“We have a lot of businesspeople who have already accumulated their capital and would like to use their knowledge, their competence in the civil service system, and benefit the state,” he added.

Another important area that Mr Tokayev covered in his speech was the development of small and medium-sized businesses – all part of the new economic policy he envisioned. He urged a “regulation from scratch” approach that envisions reducing the excessive administrative burden on businesses and creating a more comfortable environment for business activities.

The data indicate that nearly 1.4 million small and medium-sized businesses operate in Kazakhstan contributing 34.7 percent to the country’s gross domestic product, a significant increase from just 7.9 percent back in 2015. Since 2015, their output has almost doubled, reaching 29.7 trillion tenge (US$63 billion) in nominal terms.

Their underfunding, however, reached US$42 billion, according to Mr Tokayev.

Financial expert Assem Nurgaliyeva emphasized that it is a feasible approach to direct the focus of the entire financial sector towards lending to the economy, particularly small and medium-sized businesses, and that banks are often reluctant to lend.

“Business loans themselves are very high-risk because these are different amounts than loans to individuals, and in an unstable environment, banks are selective and cautious about their borrowers. Retail is the most attractive for banks – it is a more diversified and high-margin area, as it relates to trade and interaction with individuals through transactional operations. After all, it is private money, everyone wants to diversify their investments and get maximum return with minimum risks,” said the expert.

With the right means and mechanisms, she noted, the task is achievable but will have to take into account the current geopolitical situation.

“In SMEs, banks and lending institutions face risks such as market, industry, and external factors. External factors now have a particularly strong influence on supply chains, logistics, markets, and costs. And banks, in any case, will be restrained in lending to businesses, which may manifest itself in higher rates or stricter conditions for obtaining credit,” she said.

Focus on the social sector

Much of Mr Tokayev’s address was devoted to the country’s social sector, addressing gaps in healthcare infrastructure in rural areas, the education sector, and the reforms in the pension system, among other issues.

Ms Gulnaz Kasimova, a senior researcher at the Kazakhstan Institute for Strategic Studies, said that all initiatives put forward by Mr Tokayev are ultimately designed to improve the quality of life in the country of 19 million.

She cited the institute’s studies that indicate that the real income levels of most of the population do not allow them to meet their needs in full, and this challenging situation hits socially vulnerable categories strongest.

“Social security issues, including those of women on maternity leave, attract attention. Difficulties associated with the combination of several social roles by women and the resulting stressful entry into the labor market and, in some cases, forced resignations were repeatedly noted. Increasing the period of childcare benefits to one and a half years from January 2023 will make it possible to level out the negative effects of short paid parental leave for both parent and child,” said Ms Kasimova. 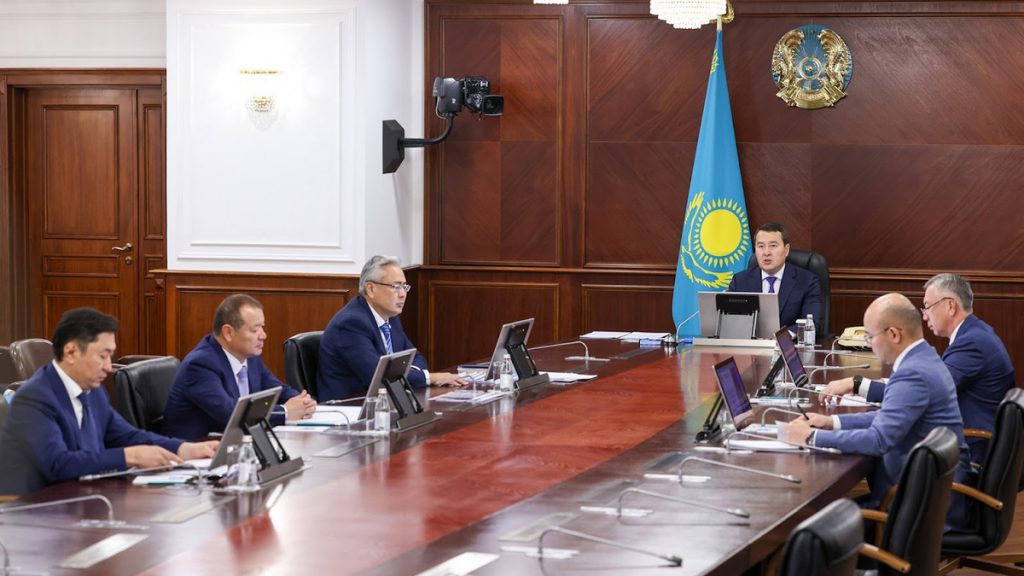 The plan, which was titled “Fair State. One Nation. Prosperous Society,” envisions 109 measures of a new economic policy, the real sector’s development, strategic investments, a reset of the public administration, and a renewed commitment to law and order.

The Modernization of Rural Health National project seeks to improve the medical infrastructure in rural areas, while the national project Comfortable School envisages the construction of schools for 800,000 children by 2025.

The country also will introduce a moratorium on raising the retirement age for women until 2028 with a fixed age of 61. Kazakh officials also plan to increase the duration of payments for childcare to a year and a half from Jan. 1 next year.

The National Fund for Children project is to launch in 2024. Half of the Fund’s annual investment income will go to the children’s special accumulation accounts. They will be available upon reaching the age of 18 for the purchase of housing and education.

The proposed plan’s implementation also entails measures to improve the efficiency of free economic zones, the agro-industrial complex, the water industry in the country, and the development of the Tax, Budget, and Urban Development Codes.

As stated by President Tokayev during his Sept. 1 state-of-the-nation address, the main goal of the economic policy remains unchanged: qualitative and inclusive growth in the well-being of Kzakh citizens.