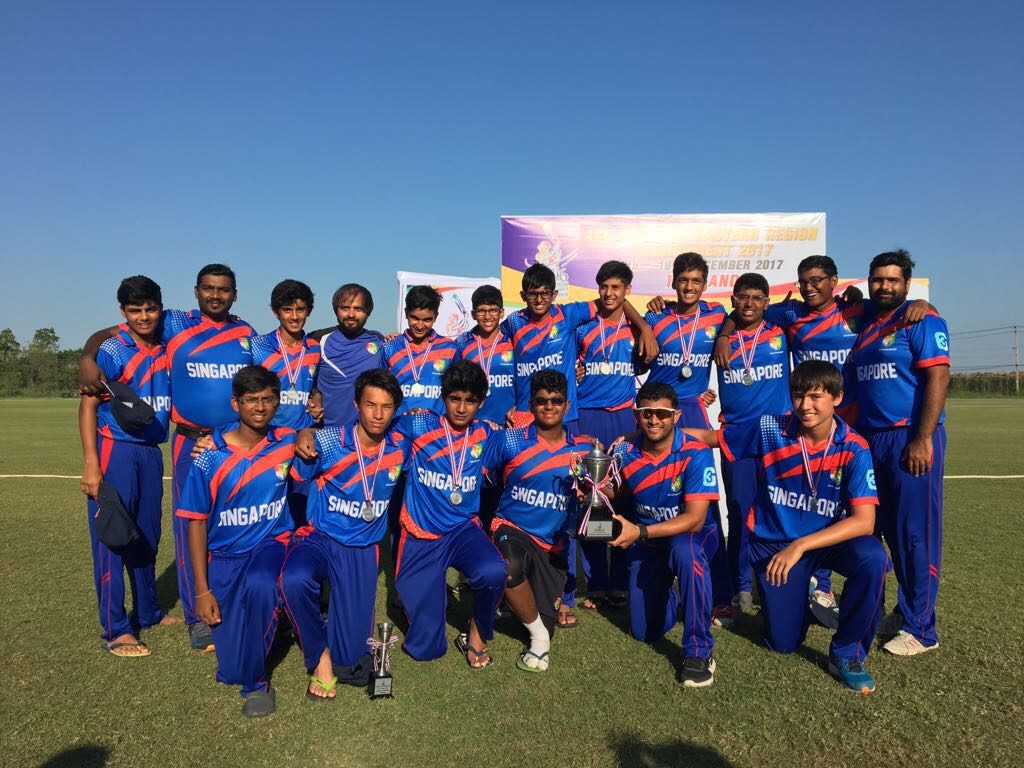 Dropped catches proved costly as Singapore lost the final of the Asian Cricket Council Under-16 Eastern Region tournament to Nepal by 71 runs in Bangkok on Sunday (December 17).

On a day when very little went in their favour, captain Aman Desai lost the toss as Nepal decided to bat on a placid wicket at the Terdthai Cricket Ground.

Still, Singapore’s opening bowlers managed to reduce Nepal to 66-4 in 15.5 overs, before fielding lapses allowed their rivals to get out of the hole.

They put on 117 runs in 19 overs as Nepal ended their innings with a flourish at 183-6 in 35 overs. The Nepalese batsmen capitalised on the second lives they got as the Singapore fielders dropped five catches.

In reply, the Singapore batsmen found it difficult to score as the wicket began to turn.

“Winning the toss was a big advantage and Nepal’s batsmen took advantage of the second chances they got by putting up a good score,” said Singapore’s coach Chetan Suryawanshi. “Our fielders, who had fielded so well in the previous matches, had an off day. Then the pitch began to turn and they had the spinners to do the job.”

Aman conceded Nepal were the better side. “It was one of those days when nothing went right for us,” he said. “That’s cricket. The plus point is that we gained a lot from the tournament. We showed that we are among the best in the region when it comes to batting, bowling and fielding. This experience will help us when we play cricket at a higher level.”