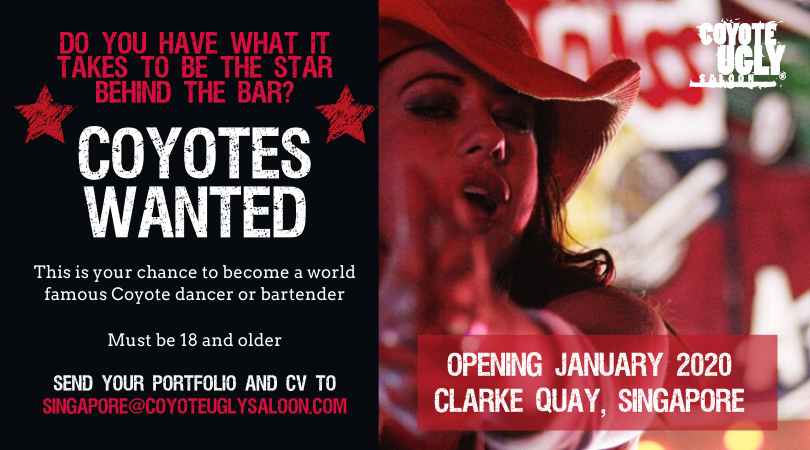 The Most Famous Bar on earth is coming to Singapore and it has launched an island-wide search for Coyotes!

The women-empowered campaign calls for ‘Stars behind the Bar’ to forge a star-studded career and have fun doing it.  Successful candidates get to travel for guest stints in 26 Coyote Ugly Saloon locations around the world.

Taking over the premises that was formerly the f-Club at Clarke Quay, the 700-capacity bar and restaurant, launching in January 2020, will operate 7 days a week with choreographed dance routines taking place nightly.

“We are looking for talented Singaporeans to rule the bar,” said Steve Lewis owner of the UK and now Singapore franchise, adding that Singapore is the most exciting project to date.

The Coyote Ugly legend began with a Lillana Lovell, a dream and a little bit of Wild Turkey.

In 1992, the Wall Street apprentice, sick of working for other people, quit her job and started working behind the bar. Her quick wit, antics behind the bar and the ability to take your last dollar eventually led to her opening the first Coyote Ugly outlet in New York city. 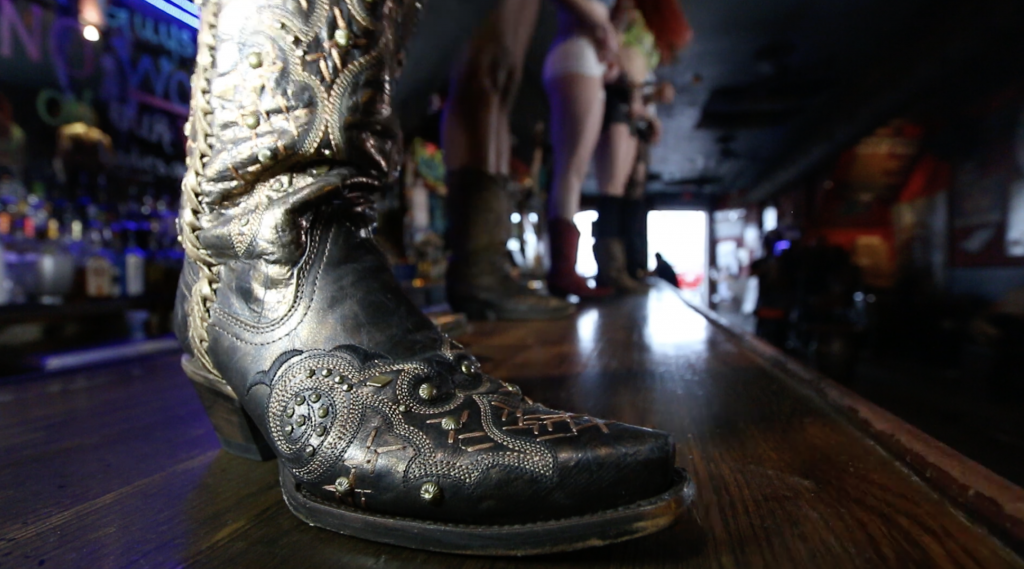 Two Disney executives walked into the bar one day and had such a great time that they decided to make a movie about it.

The Coyote Ugly Saloon franchise operates 26 outlets in the US, UK, Russia, Germany, Ukraine, Kyrgyzstan and Japan and has earnings that grossed over US$34 million in 2017.

Interested candidates can apply with their CVs to [email protected] or check out https://www.facebook.com/CoyoteUglySingapore/