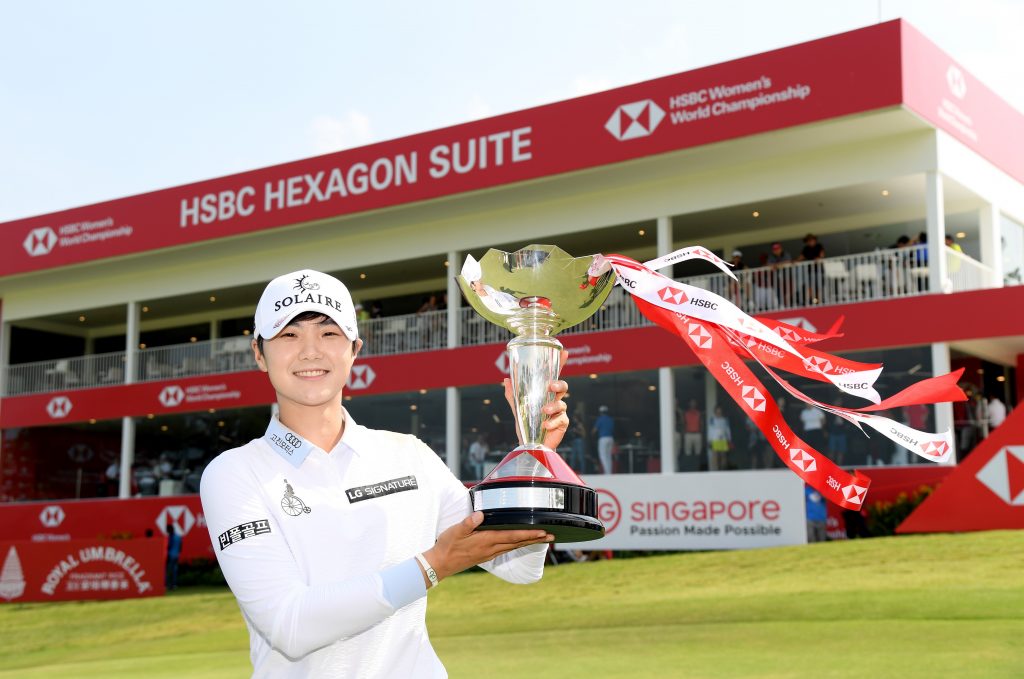 Sung Hyun Park of Korea poses with the winners trophy after the final round of the HSBC Women’s World Championship at Sentosa Golf Club on March 3, 2019 in Singapore. (Photo by Ross Kinnaird/Getty Images)

Defending Champion and World No. 2 Sung Hyun Park has confirmed she will compete at next year’s HSBC Women’s World Championship when the prestigious golf tournament returns to the New Tanjong Course at Sentosa Golf Club in Singapore from 27 February to 1 March 2020.

During the course of her three years on the LPGA circuit, the supremely-talented 26-year-old has secured seven LPGA titles including two majors, namely the 2017 US Women’s Open and the 2018 Women’s PGA Championship.

Her win at this year’s HSBC Women’s World Championship, where she shot the lowest round of the tournament with an eight-under final round to claim a two-shot victory over second-placed Minjee Lee, re-established Park at the top of the Rolex World Rankings.

Following victory in Singapore, she went on to clinch the Walmart NW Arkansas Championship presented by P&G in June and has achieved a total of seven top-10 finishes in 2019 to date.

The 26-year-old trailblazer announced her arrival on the LPGA Tour in 2017 and has been turning heads since. In her rookie year, Park made the cut in all 23 events she competed in and became a Rolex First-Time Winner at the US Women’s Open.

Her phenomenal start to life as an LPGA player saw her take home both the Rookie of the Year and Player of the Year awards in the same year – a feat last achieved by Nancy Lopez in 1978. She also became the fastest player in LPGA history to reach US$2 million in career earnings in just 19 starts at seven months and 13 days.

Park said: “I’m excited to return to Singapore next year to defend my title at the HSBC Women’s World Championship. It was an exhilarating final day this year and I managed to put in a strong final round to take the championship.

‘The HSBC Women’s World Championship is one of my favourite events on the tour and it always feels like one of the majors because of the calibre of competition. I was lucky to have a lot of support out on course this year so I’m looking forward to seeing the fans and getting back out next February.” 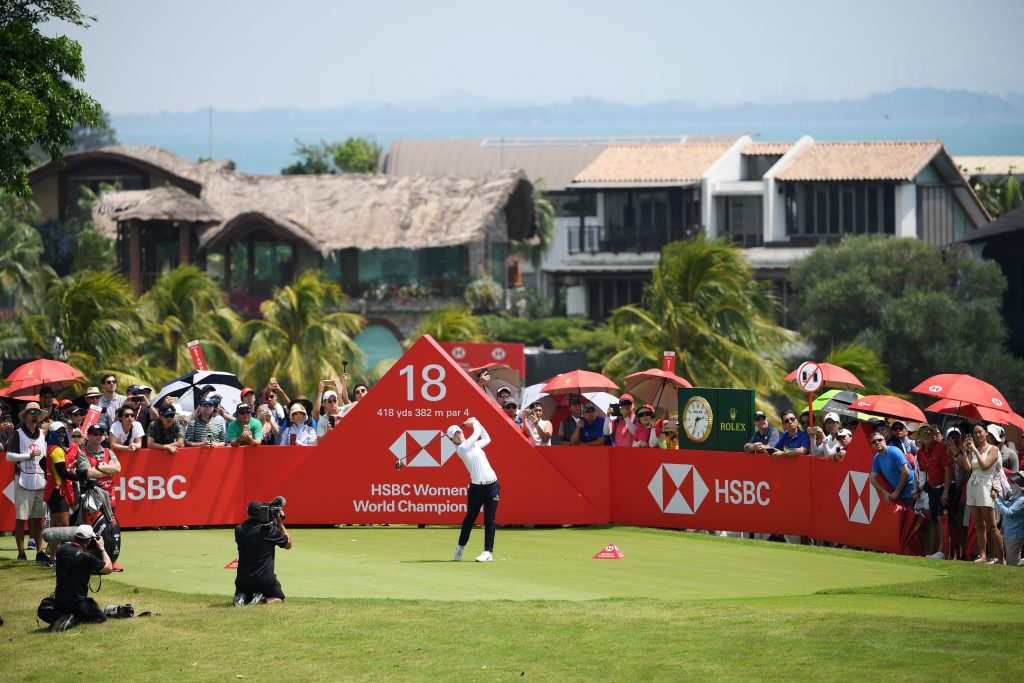 Sung Hyun Park of South Korea plays a shot from the 18th tee during the final round of the HSBC Women’s World Championship at Sentosa Golf Club on March 3, 2019 in Singapore. (Photo by Ross Kinnaird/Getty Images)

Looking ahead to the 2020 tournament, Tony Cripps, CEO, HSBC Singapore, said: “We are thrilled that Sung Hyun Park will defend her title with us at the 2020 edition of the HSBC Women’s World Championship in Singapore. Sung Hyun is a special talent and a wonderful ambassador for the game.

“As a business we believe that when people come together incredible things can happen.  Hosting this tournament in one of HSBC’s most important international hubs showcases our firm commitment to Singapore and women in sport. We are truly proud of our role in bringing world class golf to Singapore.  The event has become an unmissable fixture on Singapore’s sporting and social calendars, inspiring all who attend.

“Sung Hyun has remarkable support everywhere she goes including in Singapore and we look forward to welcoming Sung Hyun and her loyal group of fans back to Sentosa as she aims to become the first player to successfully defend her HSBC Women’s World Championship title.   Such an early announcement to confirm one of the world’s best players is yet again testament to the strength of ‘Asia’s Major’.”

Besides the stellar action on the course, spectators can look forward to four days of unmissable, off-course entertainment, underpinning the tournament’s standing as one of the most fun events on the LPGA schedule.

Early bird tickets for the HSBC Women’s World Championship 2020 are on sale for the month of December at https://www.hsbcgolf.com/womens

Family-friendly initiatives include free entry for juniors aged 16 years and under when accompanied by a ticketed adult as well as additional discounts for families and seniors.

For more information on the HSBC Women’s World Championship 2020, visit the tournament website at https://www.hsbcgolf.com/womens.

Coyote Ugly Saloon launches hunt for Coyotes across Singapore
The Great Circus of Europe brings fun, thrill and laughter to all
To Top