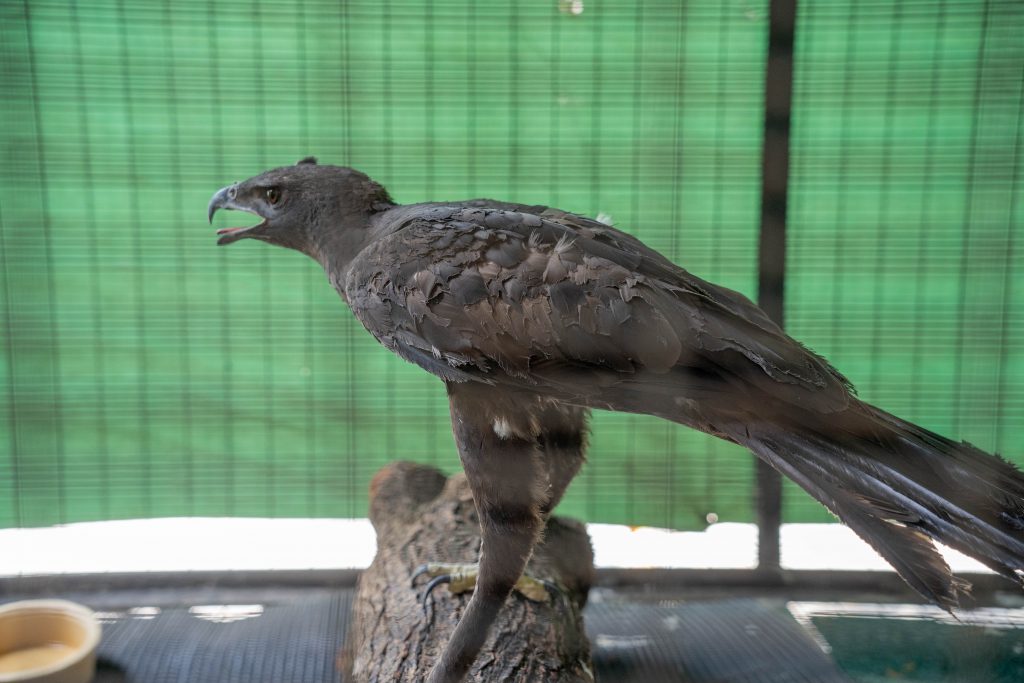 What do bamboo chopsticks have to do with veterinary procedures?

They were tools used in a technique known as imping to give a rescued changeable hawk-eagle a new chance at life.

On 7 January 2022, a changeable hawk-eagle was reported injured by a member of the public on Jurong Island. The native raptor, which was subsequently rescued by National Parks Board (NParks), was unable to fly due to burnt feathers on both wings and its tail.

It was brought to Jurong Bird Park’s avian hospital for health examination and treatment on 8 January 2022 where it was assessed to be in good health, aside from its damaged feathers.

While birds will naturally grow new feathers through their molting cycle, it could take up to 12 months for the eagle to fully regrow its feathers and be able to fly again. The veterinary team decided to imp its wings and tail feathers to help speed up the bird’s release to the wild. 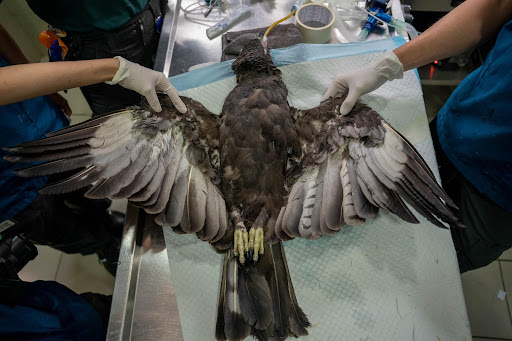 The veterinary team at Jurong Bird Park gave the large bird of prey feather implants to help it regain flight capability using a delicate procedure called ‘imping’. After the procedure, the bird looks almost as good as new, save for a few mismatched feathers on its left wing. The lighter feathers with black bars originate from a bird of the same species with a pale colour morph. Aside from the slight difference in appearance, it does not affect the bird’s ability to fly. Photos: Jurong Bird Park

The patient’s feathers were successfully imped on the afternoon of 20 January 2022 after receiving suitable donor wings. The painstaking process involved replacing over 50 feathers on the bird’s wings and tail using bamboo chopsticks as imping needles to affix the new feathers.

Dr Ellen Rasidi, veterinarian at Jurong Bird Park, said: “The method for imping is similar to humans getting hair extensions. However, unlike hair extensions, we have to be extra meticulous in ensuring that each individual replacement feather is carefully trimmed, measured and arranged in the right position to match the patient’s original feather length and orientation as much as possible.

“Each feather is shaped differently and fixing them in incorrect angles may affect the aerodynamics of the bird’s flight. Feathers are not only essential for a bird to fly, but also help regulate their body temperature, act as camouflage and protect them from water. Without sufficient feather coverage, this bird would not have been safe to be released into the wild despite its otherwise good health.” 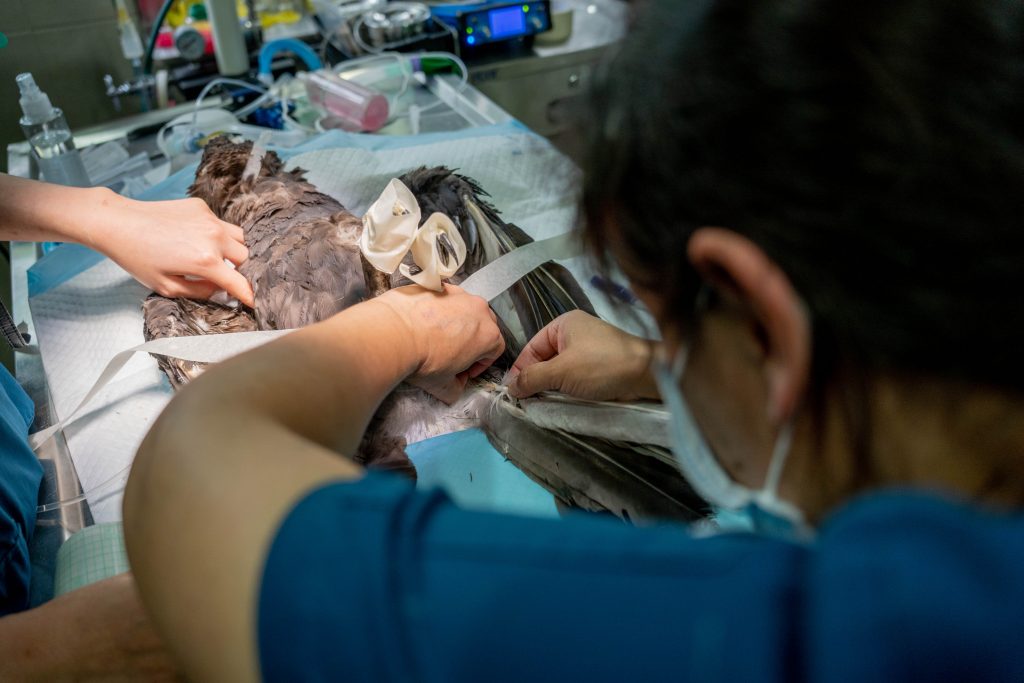 Imping is the process of replacing damaged feathers with similar feathers, preferably from a donor of the same species. Thought to be centuries old with roots in the ancient practice of falconry, this intricate technique involves joining what remains of the old or damaged feather to a new replacement feather by inserting a thin piece of bamboo or other material known as an imping needle into the shaft of both feathers and securing it with some adhesive.

When the bird molts, the new feathers that grow would naturally push the imped feathers out. The process is painless for the bird as feathers are made of keratin, the same material as human hair and nails.

Changeable hawk-eagles get their name “changeable” as the species is known to come in two colour forms – the pale or dark morph. Adult pale morphs are identified through their largely brown upper parts and pale under parts with black streaks while the dark morphs are generally dark brown all over.

For the procedure, Jurong Bird Park received two sets of donor wings, one of each colour morph from other rescued specimens of the same species that succumbed to severe injuries or diseases. Most of the feathers from the dark morph were used to match the patient, while a few feathers of the pale morph were applied on the left wing. While it makes the bird look a little different, it does not affect its flight functions.

After the successful operation, the bird was released by NParks on 21 January 2022. It adapted to its new feathers without a problem, taking off back into the wild shortly after its carrier was opened. 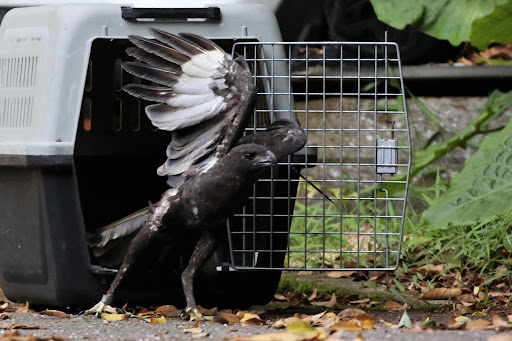 Changeable hawk-eagle emerges from carrier, showing off its new feathers prior to taking off. Photo credit: National Parks Board

Before its release, a real-time satellite tracking device provided by NParks was also attached to its tail. The device sends signals to the satellites which will relay the locations of the bird to a central database, allowing the bird to be tracked and monitored after its release.

The bird does not have to be recaptured for data processing. Since its release, the hawk-eagle has flown about 10km from its release site.

As one of the designated rehabilitation centres for rescued wild birds in Singapore, Jurong Bird Park’s avian hospital sees about 200 wild avian patients every year brought in by NParks or ACRES for medical treatment and rehabilitation. Majority of these patients are successfully released back into the wild.