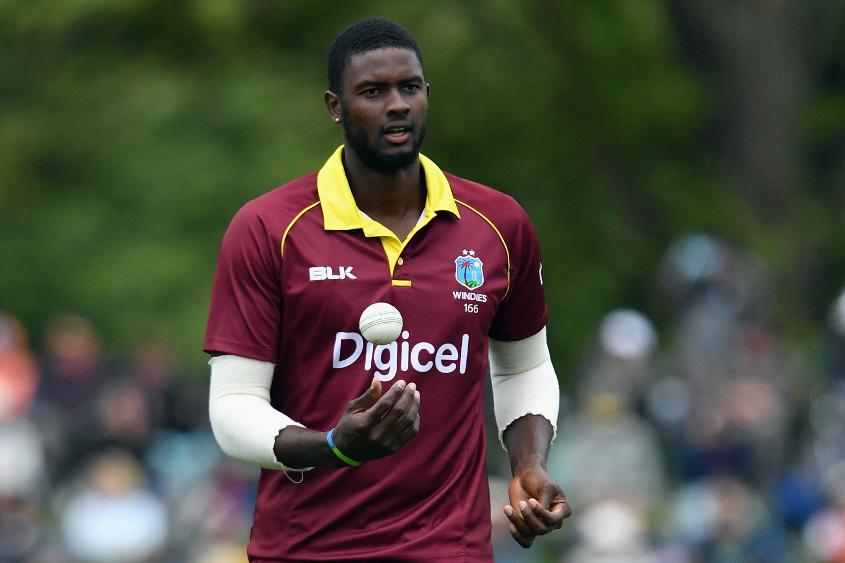 Captains of different sides have expressed their excitement and enthusiasm as they gear up to battle it out for the two remaining places in the ICC Cricket World Cup 2019 by going face to face in the World Cup Qualifier in Zimbabwe from March 4-25.

The Windies captain Jason Holder (photo), whose ninth-ranked side is top seeded in the tournament, admitted it will be a challenging tournament but his side are geared up to qualify for the World Cup.

“We see this as a very important tournament. We all know the magnitude and importance of this event as we look to qualify for the World Cup in the United Kingdom next year,” said the 26-year-old, who has played 70 ODIs in a five-year international career.

“It will be a challenge and we sat down and have formulated plans as to how best to approach the tournament.

“It will be short and we will treat every match as a must-win game — with three teams from each group moving into the Super Sixes, and the top two moving to the final — thereby earning a spot at the World Cup, there is all to play for,” Holder concluded.

Afghanistan captain Asghar Stanikzai, whose 11th-ranked side are seeded second, remarked: “We are very much looking forward to the World Cup Qualifier in Zimbabwe. The team has been involved in preparations for this highly important event over the past six months by taking part in a number of training camps with specific focus on fitness and drills. We are hopeful that the boys will perform to their best in the World Cup Qualifier.

“Although the playing conditions in Zimbabwe are different, but since we have played against Zimbabwe in Zimbabwe, this will be helpful in terms of familiarity with the pitches in Harare and Bulawayo.

“We have played well in Zimbabwe previously and our aim is to repeat that and play positive cricket against the opponents in order to qualify for the Word Cup 2019.”

Zimbabwe captain Graeme Cremer, whose 10th-ranked side are seeded third, commented: “It means so much to me, our team and the Zimbabweans in general that such a huge event will be taking place in our small but cricket-crazy country. There is already a buzz around Zimbabwe over the qualifiers and we cannot wait to have the participating teams here and for the tournament to start.

“Zimbabwe have a great chance of qualifying, especially at home. But we are aware the tournament will have many good teams and even the Associate sides can be very dangerous on their day. This means the tournament will be very tough, but if we play to our full potential I do not see an issue with us qualifying for the World Cup 2019. In short, a thrilling tournament is on the cards.”

Ireland captain William Porterfield, who will be bidding to play in his fourth World Cup in 2019, stated: “It’s going to be a really hard-fought tournament with nearly all the sides in with a genuine chance of qualification. There are certainly no ‘gimmees’ in the competition. It’s a pity there are only two places up for grabs.

“We are working hard in the build up to Zimbabwe. We’re currently in the middle of a tri-series with the UAE and Scotland, and we’ll have training camps in Spain and South Africa, where we have further matches planned before going to Zimbabwe.

“We’ve got a good record against the Windies, beating them in the World Cup 2015, so we’ll take confidence from that. The Netherlands have got some big players back in recent times, so they’ll be tough, while PNG are improving all the time.

“We will be at full strength for the competition, so hopefully if we play to our strengths we’ll make it through to the United Kingdom in 2019 and our fourth straight World Cup.”

Netherlands’ captain Peter Borren, who has been at the helm since 2010, opined: “For the first time in World Cup history, four Test playing nations will be pitted against the Associate sides to earn the right to appear at the World Cup. I can’t wait to see our team, our players, go up against some of the best players in the world. What an opportunity for individuals and more importantly our team, to succeed at the highest level.

“The World Cup Qualifier promises to be a brilliant competition. It’s always a great feeling to be involved in the biggest events on the ICC cricket calendar.

“We are now the 13th-ranked ODI side, earned through three years of hard work. This will be our chance to show to the world that we want to be more than just the 13th team, what better stage for us to shine.

“The team earned themselves a well-deserved break after the World Cricket League Championship series in Dubai. It had been a long season for most of the squad, dating back to the Desert T20 in January, I think people forget how important a break from the game is. All the lads have returned refreshed and ready to go.

“Training in winter in Europe is not exactly ideal but we are getting the work in, we will then head to Tuks in Pretoria for a really good pre-tour to finish off our work, which will include matches against Ireland, Scotland and Hong Kong. By the time we get to Zimbabwe, I have no doubt the boys will be ready.”

Papua New Guinea captain Assad Vala, whose side is in Group A along with the Windies, Ireland, the Netherlands and the winners of the World Cricket League Division 2, said: “I’m looking forward to playing against these oppositions and getting the opportunity to qualify for the World Cup 2019.

“It means a lot for us to be playing in the upcoming World Cup Qualifiers. We have worked really hard and given ourselves an opportunity to achieve something special as a group. I’m confident that if we play our best cricket and to our full potential, we will give ourselves a good opportunity to win games and qualify.

“Training has been tough post the World Cricket League Championship as we will be heading to a really important tournament. We are working really hard and trying to prepare as best as we can to give ourselves the best opportunity at the qualifiers. It will be a great feeling to be able to qualify for the World Cup as it’s every cricketer’s dream to play against the best players in the World Cup.”