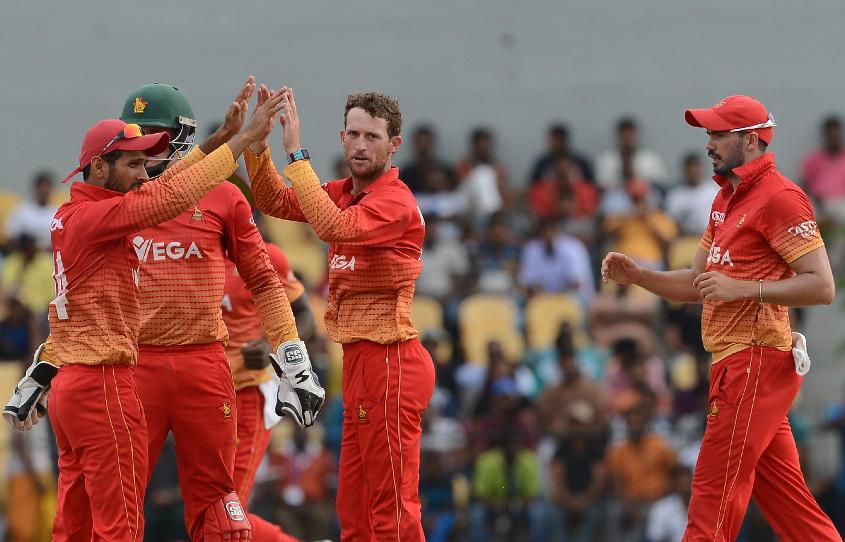 Two-time world champions the Windies will be the star attraction when 10 sides converge on Zimbabwe next month for the ICC Cricket World Cup Qualifier 2018, to battle it out for the two remaining places in the World Cup 2019. The announcement marks 500 days to the ICC’s pinnacle 50-overs tournament, which will be staged in the United Kingdom from May 30 to July 15.

The Windies, along with Afghanistan, Ireland and Zimbabwe, had missed out on automatic qualification for the World Cup 2019 by finishing outside the top eight on the MRF Tyres ICC ODI Team Rankings at the September 30, 2017 cut-off date. These four sides have been joined by Hong Kong, the Netherlands, Scotland and Papua New Guinea, who finished in the top four of the World Cricket League Championship.

The remaining two sides for the Zimbabwe tournament will be confirmed in Namibia from February 8-15 when Canada, Kenya, Namibia, Nepal, Oman and the United Arab Emirates will fight it out in the World Cricket League Division 2, with the finalists getting a step closer to cherishing their dreams of playing in the World Cup.

Eighty-three teams had embarked on the road to the World Cup 2019 way back in 2013 through the World Cricket League, introduced to give the teams outside the top 12 meaningful competition as part of the World Cup qualification.

The finalists will both progress to the World Cup 2019, whilst the Netherlands (World Cricket League Championship winners) and the three highest finishing Associate members will earn ODI status till 2022 upon the conclusion of the event.

As such, only matches between Afghanistan, Ireland, Hong Kong, Papua New Guinea, Scotland, the Windies, Zimbabwe and potentially the United Arab Emirates (if they qualify) will have ODI status in the World Cup Qualifier 2018.

Scotland will defend the title they had won at Bert Sutcliffe, Lincoln, New Zealand, in February 2014 when they defeated the United Arab Emirates by 41 runs. Preston Mommsen had won the player of the final for his unbeaten 139.

Zimbabwe Cricket chairman Tavengwa Mukuhlani said: “We are tremendously excited to be hosting the ICC Cricket World Cup Qualifier 2018 event which will bring some of the world’s most talented and gifted cricketers to our beautiful country. As the very proud hosts, we are very passionate about what we do on and off the field and we are leaving no stone unturned to ensure we deliver an extraordinarily memorable tournament.

“While the ultimate goal for the teams involved will be to secure one of the two remaining berths at the ICC Cricket World Cup 2019 in England and Wales, tournaments such as the qualifier event always provide the platform for raw talent and unheralded players to emerge and this can only put the game of cricket in good stead.”

ICC Chief Executive David Richardson said: “This will undoubtedly be a competitive and hard-fought tournament with two tickets for the ICC Cricket World Cup up for grabs as well as ODI status. Seeing four Full Member sides up against our best Associate Member teams who have progressed through qualification will make for some exciting cricket.

“This is the conclusion of a four-year qualification process that began with regional events and progressed through to the global World Cricket League. There is a huge amount at stake for all ten teams battling it out for the remaining two spots at the ICC Cricket World Cup.”