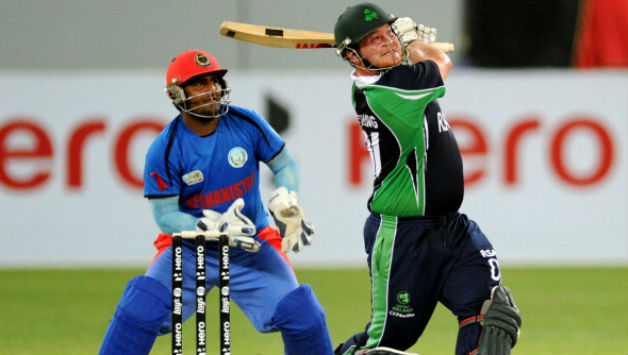 In Group A, the Windies beat the Netherlands by 54 runs on the Duckworth-Lewis-Stern Method when they scored 310 for six in 48 overs and then left the Netherlands struggling at 167 for six in 28.4 overs to put the ICC World Cricket League Championship winners out of the Super Six race.

Ireland extended their unbeaten run against the United Arab Emirates to six matches when they won by 226 runs on the Duckworth-Lewis-Stern Method but the Asian side still progressed with two wins as compared to the Netherlands’ one win.

In Group B, Nepal did a massive favour to Afghanistan when they beat Hong Kong by five wickets, which meant Afghanistan moved on owing to a better net run-rate despite losing their first three matches.

In the final Group B fixture, Zimbabwe stretched their unbeaten run to 28 matches in the history of the tournament when they tied their last match against Scotland at the Queens Sports Club. Chasing 211 for victory, Scotland had the game in hand when they needed two runs to win off seven balls with two wickets left. But they lost both their remaining wickets for one run as both the sides finished on 210.

Monday’s results mean the Windies will carry maximum four points in the Super Six stage, Ireland two and the UAE zero, while Zimbabwe and Scotland will carry forward three points apiece and Afghanistan none. The sides will also retain their pre-event group seeding in the Super Six stage, whose fixtures which were finalised after minor changes and following the Event Technical Committee’s approval.

Following the conclusion of the group matches, Scotland and the UAE have retained their ODI status for the next four years until 2022, while the third Associate Member team to keep the ODI status will be confirmed following the seventh to tenth position play-offs. The Netherlands have already qualified for the new 13-team ODI League commencing in 2020.

At the Old Hararians, captain William Porterfield and Paul Stirling bettered their opening partnership record as Ireland rattled 313 for six in 44 overs against the UAE. The two batsmen put on 205 runs after being sent in to bat, improving their 177-run stand during the ICC Cricket World Cup 2011 against the Netherlands in Kolkata.

Kevin O’Brien then hit a quick-fire 26-ball 50 not out with seven fours and a six as Ireland finished at 313 for six from their 50 overs.

The UAE, in their turn, collapsed against Boyd Rankin, when the lanky fast bowler returned figures of 6-2-15-4 as the side from the Sheikhdom were dismissed for 91 in 29.3 overs. Off-spinner Simi Singh finished with three for 15, his best bowling in five ODIs.

The pace and spin combination of Safyaan Sharif and Michael Leask recorded career-best figures of five for 33 and four for 37, respectively, as Zimbabwe were bowled out for 210 in 46.4 overs with Craig Ervine scoring 57 and Brendan Taylor scoring 44.

Scotland were cruising at 145 for four before they slipped to 173 for eight. However, Leask and Mark Watt (17) carried them to 209 for eight when Watt fell to Tendai Chatara off the last ball of the 48th over. Blessing Muzarabani started the final over with a wide that tied the scores before accounting for last-man Brad Wheal with Leask stranded at 28.

Captain Graeme Cremer (three for 23) and Tendai Chisoro (three for 42) shared the wickets to bring Zimbabwe back in the match, which at one stage looked firmly in Scotland’s control.

Scotland’s Richie Berrington later said: “Unbelievable game of cricket, in the end it went all the way to the death. Pretty exciting stuff!

“Obviously, from our point of view it is disappointing to get in that position, so close and not get over the line, obviously though we will take a point from it Losing a few wickets early, George and myself managed to get a partnership going but obviously disappointed not to go on a bit longer and see it through towards the end.”

The Netherlands had a poor start when they were reduced to 29 for two before they recovered to 142 for two and then were 167 for six in 28.4 overs when rain prevented any further play at the Harare Sports Club. Ryan ten Doeschate was the top scorer with 67 not out, while opener Wesley Barresi scored 64.

An unfinished 89-run sixth wicket partnership between Rohit Paudel (48 not out) and Sompal Kami (37 not out) ousted Hong Kong from the Super Six contention and put Afghanistan in as Nepal chased down a 154-run target for the loss of five wickets with more than nine overs to spare.

Had Hong Kong won the match, they would have progressed to the Super Six, but the result meant Afghanistan, Hong Kong and Nepal were tied on one win apiece with Afghanistan marching on due to a superior net run-rate.

Scores in brief (Games involving the Netherlands and Nepal will be classified as List-A matches as the two sides don’t have ODI status coming into this tournament):

There are no reserve days, but all remaining matches will now have a Super Over in case of a tie.