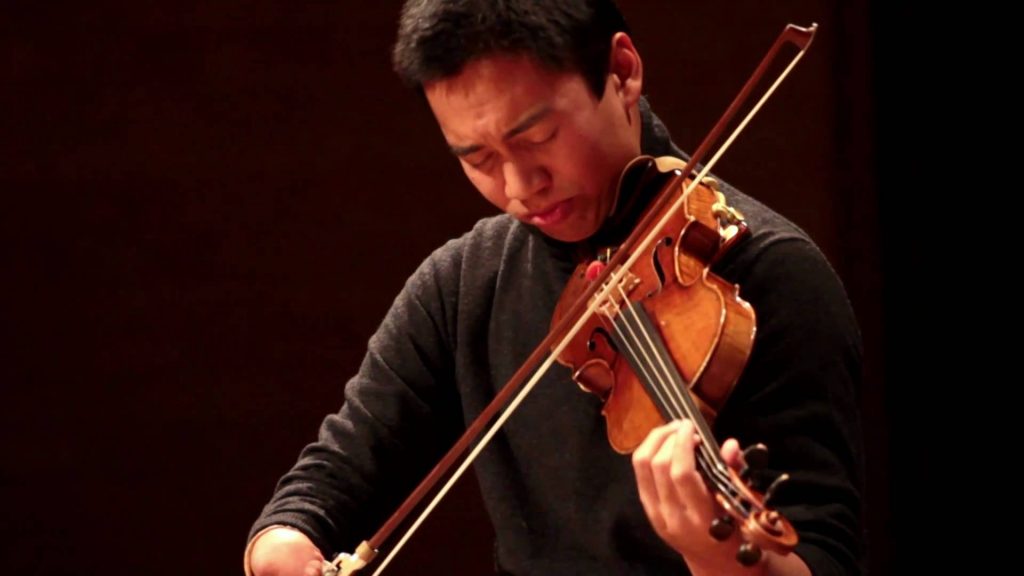 At a relatively young age of 33, Adrian Anantawan has already earned degrees from the Curtis Institute of Music, Yale University and Harvard Graduate School of Education; performed at the White House, the United Nations and at the opening ceremonies of the Athens and Vancouver Olympic Games; and played for luminaries including Pope John Paul II and His Holiness the Dalai Lama. And he has achieved all these feats without his right hand.

Born without the limb (doctors think the umbilical cord wrapped around his hand in the womb, cutting off the blood supply, thus keeping it from developing), the acclaimed Canadian concert violinist, who will be performing at the True Colours Festival in Singapore from March 23-25, was also one of the youngest members ever to join the National Youth Orchestra of Canada.

It all started when Adrian was gifted a violin by his parents when he was nine. More than that, his parents also imbued Adrian with a “can do” attitude. Engineers at a rehabilitation centre later designed a device out of plaster, aluminium and Velcro straps, which allowed him to grip the violin bow and thus play the instrument. The prosthesis is called a spatula and he is still wearing one today.

However, there were no direct role models for the budding violinist to take inspiration from –until he came across a performance by Itzhak Perlman, the famous violinist who grew up with polio, on the children’s TV show Sesame Street. Perlman was playing alongside a young girl.

“They both had to walk up some stairs to get to a stage,” Adrian recalled in an interview with the South China Morning Post. “The girl ran up very easily and Perlman had to use his crutches. But then he performed a far superior piece than the girl’s. The idea was that some things are hard for you and easy for me, and vice versa. I love that idea of changing the framework. We all have our strengths and challenges.”

In recent years, Adrian has devoted his career to using adaptive technology to aid aspiring young musicians in overcoming various disabilities. Active within his community, Adrian helped to create the Virtual Chamber Music Initiative at the Holland Bloorview Kids Rehab Centre. The cross-collaborative project brings researchers, musicians, doctors and educators together to develop adaptive musical instruments capable of being played by young person with disabilities within a chamber music setting.

From 2012-2016, he was the co-director of music at the Conservatory Lab Charter School, serving students from the Boston area in the United States, kindergarten through grade eight.

Music, for Adrian, is a great equaliser, and is another avenue for disabled children to express themselves. “Accessibility is not an act of charity,” Adrian said in a TEDx talk, one summer in Boston. “It’s one of lifting the ceiling of potential development so that all children can explore this world, but also possibly create new ones.”

Adrian is a Juno Award nominee, a member of the Terry Fox Hall of Fame, and was awarded a Diamond Jubilee Medal from Her Majesty Queen Elizabeth II for his contributions to the Commonwealth.

Sukki: A fresh approach to burlesque
Alienette Coldfire: Achieving her dreams
To Top