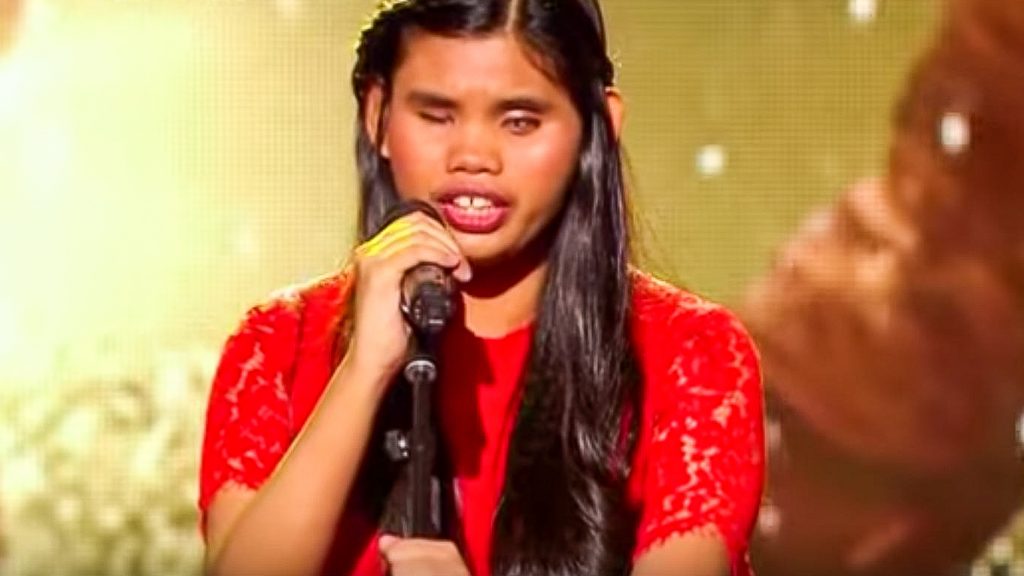 Born blind in a small town in the Philippines, Katchry Jewel Golbin (Alienette Coldfire) did not have easy access to Braille books and publications. But, fast forward 26 years later, she earned herself a third-place finish in the finale of the 11th season of the French television programme “La France a un Incroyable Talent (France Got Talent)”.

“That’s more than enough for a mere Francophile who dreamt of nothing but a short vacation in France,” Alienette, who drew tears for her rendition of Les Miserables’ “I Dreamed a Dream”, posted on her Facebook page after her performance in December 2016.

The daughter of a taxi driver father and clerk mother, Alienette, who will be performing at the True Colours Festival in Singapore from March 23-25, never let her impairment stop her from achieving her dreams. Case in point: in college, she enrolled in a French class as a course elective, but she really learnt the language online. Almost every night, she would diligently practise speaking French with Facebook friends using a special software and, three years into doing this, she became fluent in the language.

Alienette had told the show’s judges she wanted to learn French after she became mesmerised by a rendition of “La Vie en Rose” by popular French singer Edith Piaf.

Like learning French, social media and technology played a huge role in Alienette’s singing career – she was first noticed when she became an online sensation in 2014 after a video of her singing Mariah Carey’s “I’ll Be There” at SM City in Iloilo City became viral
Since the TV show, Alienette has returned to France for a concert and has performed and collaborated with other artistes online and in the Philippines.