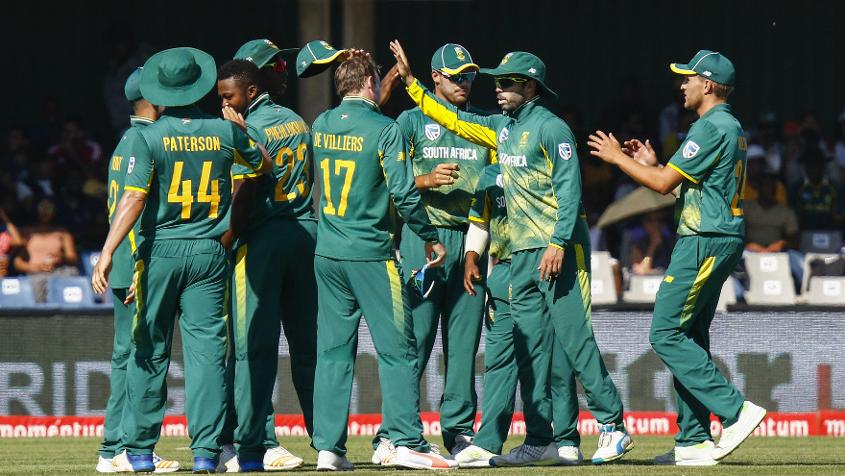 Captain Raynard van Tonder and opener Matthew Breetzke notched superb hundreds and were associated in a record double-century stand as South Africa scored a comfortable 73-run victory over New Zealand in the Super League play-off semi-final for fifth place at the ICC U-19 Cricket World Cup in New Zealand on Saturday (January 27).

South Africa, champions in 2014, took control through van Tonder and Breetzke after electing to bat at the Hagley Oval ground in a match played in front of broadcast cameras. The pair batted for a major part of the innings and the team total would have been more than the 284 for six that they managed had they got a few good cameos down the order.

South Africa captain Raynard van Tonder said he was hoping for a bigger score: “Before the game we spoke about getting a good base for batters coming later, at least to bat till 30 overs, get the team to a good position and accelerate from there. We could have got a bigger score if one of us had batted on but we were confident because we thought the pitch was helping spin bowling.”

New Zealand were bowled out for 211 in reply with Dale Phillips (74, 82b, 5×4, 1×6) fighting it out without much support as South Africa’s new-ball bowlers wreaked havoc. The 17-year-old Gerald Coetzee finished with five for 32, which included the prized scalps of opener Jakob Bhula (0) and Finn Allen (6), both of who were caught behind. Left-armer Akhona Mnyaka finished with two for 49 and had the satisfaction of accounting for a well-set Philips.

New Zealand captain Kaylum Boshier said his team still had a lot to play for: “It’s important (to play for seventh place) especially for the rankings, and we look forward to it. It will be another chance to play for our country, and that’s all the motivation we need and we hope to do well down there.

In the plate championship, captain Harry Tector took his second player of the match award with a fine knock of 101 as Ireland defeated Namibia by 102 runs in the match to decide the 13th and 14th places while an all-round effort of 44 not out and three for 22 by Jayant Mepani kept Kenya ahead of PNG in 15th place after a 14 runs win.