Sezual, which means “feel and take” in Kazakh language, is a non-intrusive echolocation system for visually impaired people that has been developed by Sezual, an NGO of disabled people in Kazakhstan.

It was created due to an incident that involved Mr Galimzhan Gabdreshov (above, left), a military engineer.

One day he went to relax in a sauna after work. He decided the room was not hot enough and increased the steam input. But soon he began to experience blurred vision.

A visit to the doctor next day confirmed that he had a retinal detachment in the right eye. The eye test also revealed debris in the vitreous of both eyes. Vitreous is the gel-like fluid that fills the eye. It is full of tiny fibres that attach to the retina, the light-sensitive layer of tissue at the back of the eye.

Fortunately, the debris in Mr Gabdreshov’s eyes did not affect the optic nerve. The clinic’s Head of Ophthalmology said he was lucky as the debris could have blinded him.

Hearing that, Mr Gabdreshov thought he should do something to improve the vision of visually impaired people in Kazakhstan. He began to look for a device that was a decent alternative to human vision.

He found out that there were only assistive devices for the blind, developed by companies such as  Microsoft, Google, Apple and Argus.

So, Mr Gabdreshov directed all his engineering skills to do research and create a device that would help the visually impaired and be an alternative to ordinary vision. 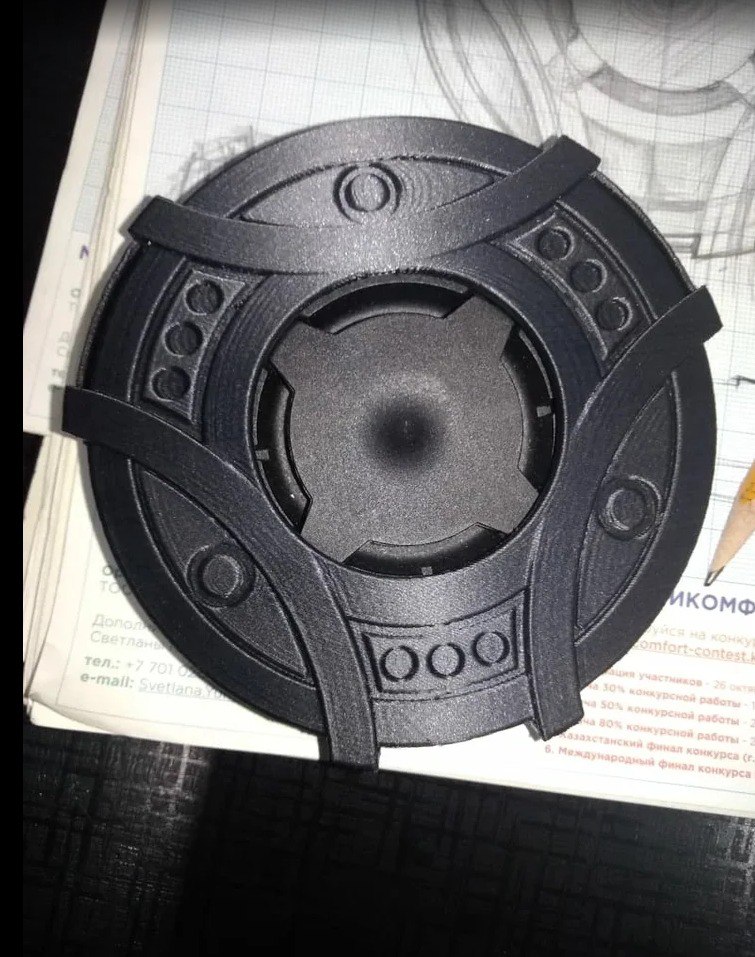 Human vision belongs to the class of active light biolocation. There is also active sound biolocation, used by many living beings, which forms the same images in the visual cortex of the brain.

Many scientists have tried to find a solution for the blind based on active sound biolocation, but they have been largely unsuccessful.

In 2017, Mr Gabdreshov made a scientific breaktrough and created a prototype, which was successfully tested with the help of blind volunteers in Kazakhstan. Realising that his savings would not be enough to develop the technology fully, he formed a team and applied to various organisations in Kazakhstan for financial help.

He finally received the World Bank’s Fostering Productive Innovation Projects grant. Mr Erik Azulay, chairman of the World Bank’s International Science and Commercialisation Board, and Mr Thomas A. Cellucci, former advisor to United States Presidents Barack Obama and George W. Bush, asked him to prove that his idea was viable.

According to Mr Nurbek Yensebayev, Sezual’s co-founder, the device works by emittting a specific frequency sound click that reflects from the surrounding objects and obstacles. It then translates the reflected sound into information about the objects’ shape, material and distance. The echo activates the visual processing area in a blind person’s brain.

How the blind are able to visualise through Sezual.

“Sezual’s innovation reveals the amazing biolocation properties of human beings,” he said. “The device activates the brain’s atrophied ability to determine parts of the world. Like what migratory birds have developed, Sezual not only allows free navigation and movement among objects, but it also helps “see” objects behind walls.

“It was developed entirely in Kazakhstan. The main beneficiaries are people with low vision, the society and the government.

“Our innovation solves the disabled people’s problem of orientation and recognition of objects on the street and indoors. This allows people with low vision to fully realise their potential, find employment and find satisfaction with life.”

According to the World Bank’s statistics, there are about 140,000 disabled people in Kazakhstan, of which about 80,000 are registered. The Senzual device helps them with free movement and equal opportunity for decent work and pay.

Mr Yensebayev said it cost US$500,000 to develop the device – out of which the World Bank provided US$270,000. The rest came from Mr Gabdreshov’s savings.

“One unit costs US$1,000,” he said. “It will cost an additional US$2,000 to train a person for one month. Most testees are able to learn faster, but we reserve a full month to be sure.”

The technology was fully developed in 2017. Since then the prototype with basic features has been transformed to fully functioning product with a complete design.

Eight prototypes have been produced, with the functionality expanding with each new device.

Senzual’s blind members are using the dvice now. It is also receivig orders from people in the US, India, Australia, Ukraine and Singapore who have learnt about this technology from social media networks. 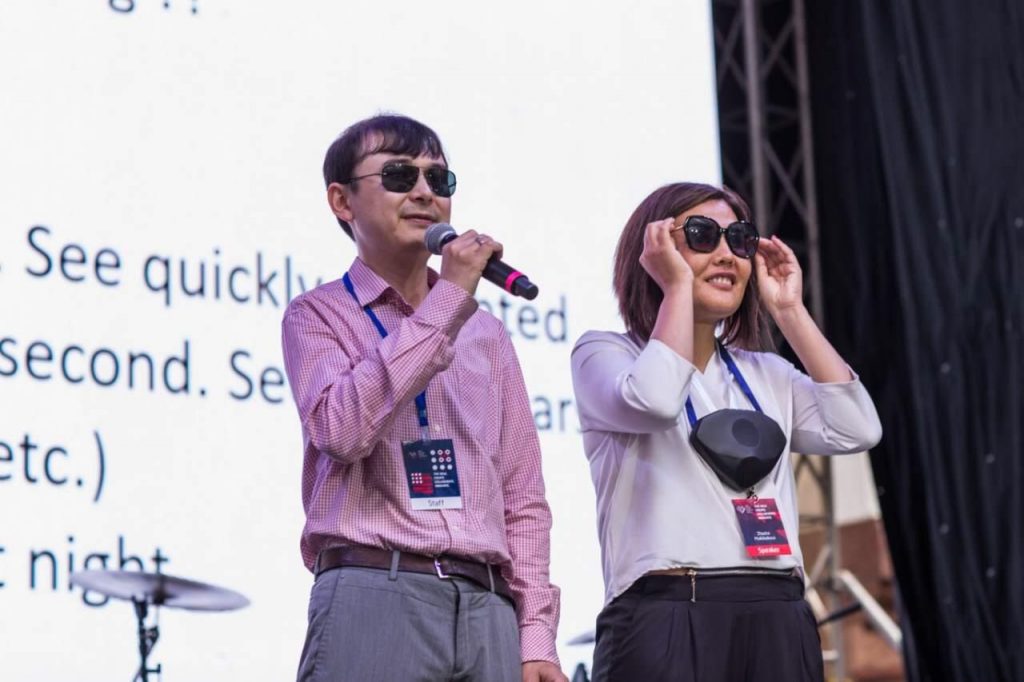 Sezual’s technology has been short-listed for the World Summit Awards (WSA), hosted by the United Nations. The purpose of the WSA is to select the world’s best innovative solutions aimed at achieving the 17 UN Sustainable Development Goals.

The Kazakh invention was selected along with 342 innovations based on content, functionality, design, technology, innovation, impact on society and value. It makes a difference to the blind by greatly increasing their ability to orient themselves, which is in line with the UN’s strategic goals of reducing inequality and providing decent work to all citizens.

Sezual plans to market the device globally through the associations for the blind. “We are working closely with schools and gymnasiums for blind children in different countries,” said Mr Yensebayev. “We are also seeking cooperation from ministries for health and social development and big corporations, which will be able to distribute the device among people with low vision for free as part of their corporate social responsibility.

“Since the device allows people to navigate in low visibility conditions, it can be used in future for fire and rescue operations. The goal of our social innovation project is to help every child, adult and elderly person see the beautiful world again and not feel disadvantaged.”