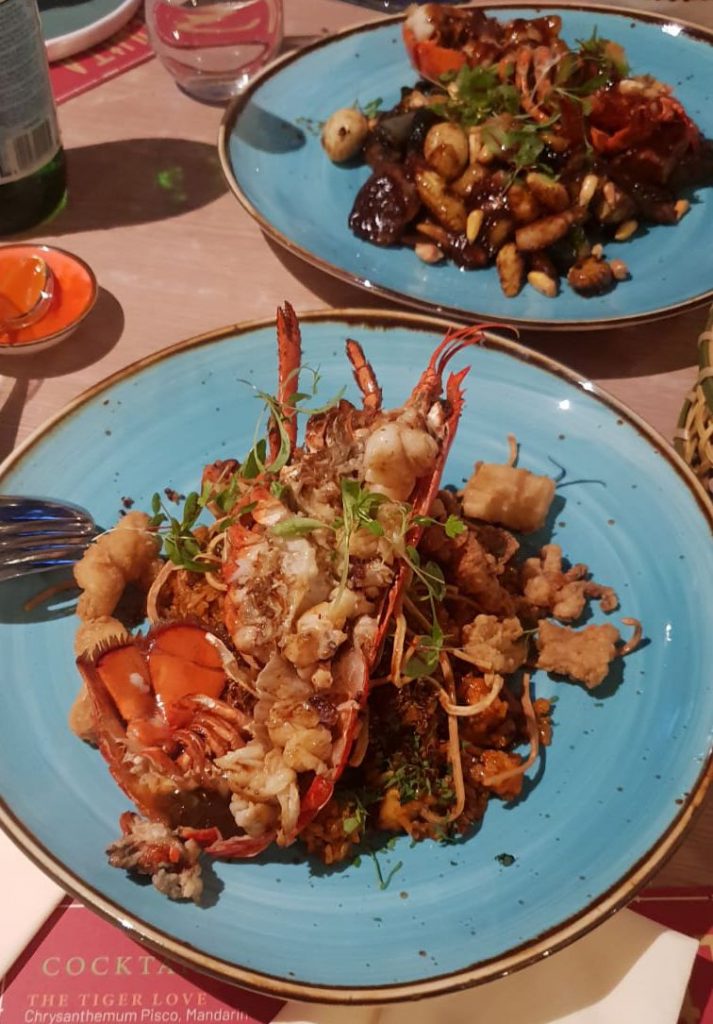 Chifa is a culinary tradition based on Chinese Cantonese elements fused with traditional Peruvian ingredients and traditions.

Singapore restaurant Canchita, which channels the vibrant energy of Latin America through traditional Peruvian cuisine, colourful interiors and upbeat salsa music, has a mission to constantly introduce new Peruvian and Latin American flavours to this part of the world. 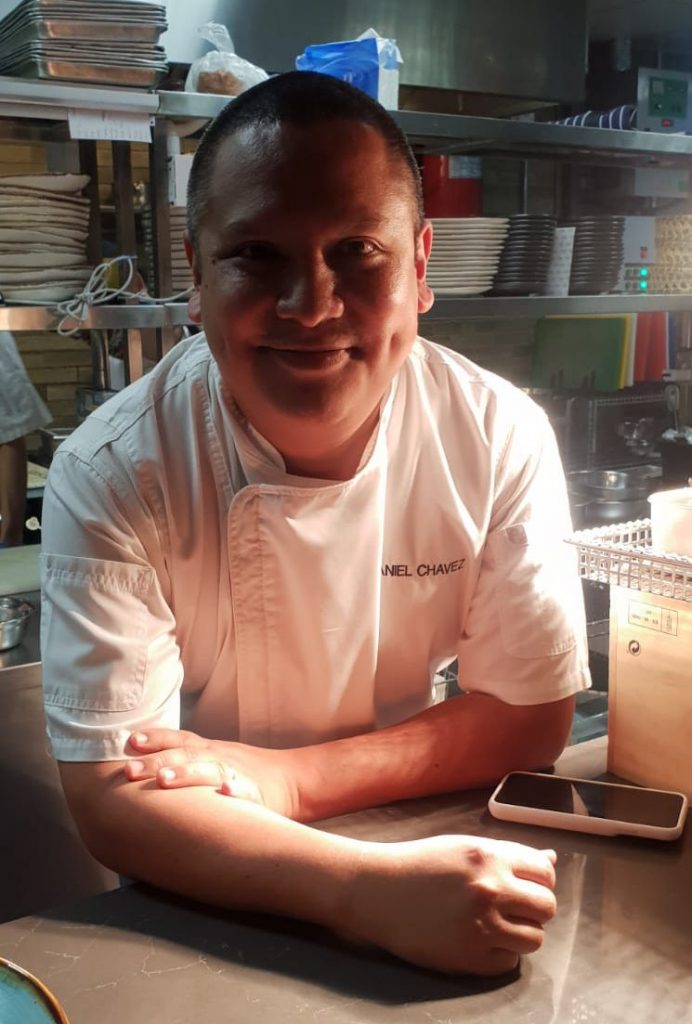 It has now introduced selected Chifa dishes to its menu to celebrate 100 years since the first Chifa restaurant opened in Peru.

“We realised that not many people in Singapore knew that there has been a big Cantonese community in Peru for many years and that this bond has created a Cantonese-Peruvian fusion called Chifa,” said Chef Daniel Chavez (right), the founder of Canchita.

“We hope that our guests in Singapore will find the dishes interesting as they are similar in many ways to Cantonese food and  at the same time  have a Peruvian spirit. This is perfect for adventurous foodies.”

Daniel pointed out that Canchita has created a special Ceviche Chifa made with Tamarind Tiger’s Milk and marinated raw fish.

“I believe that guests will also enjoy our Aereopuerto, which is combined fried rice and fried noodle with dark soy sauce and Peruvian Aji Panca,” he said. “We top this with a grilled lobster and crispy red quinoa.”

The usual menu at Canchita has all the main signature dishes of Peruvian cuisine such as Ceviche Clásico, Tiradito Nikkei and Arroz con Pato. The Chifa menu  has three starters and three main courses for guests to choose from. They can also choose from an a la Carte menu and combine dishes.

Chifa was created by Chinese immigrants who came to Peru mainly from China’s southern province of Guangdong and particularly its capital city Guangzhou in the late 19th and early 20th centuries.

They settled for the most part along the coast of Peru and the capital city Lima. The term chifa is also used to describe a restaurant where this type of food is served.

Cantonese-Peruvian food has become one of the most popular types of food in Peru.

The first Chifa restaurant officially opened in Lima’s Chinatown in 1921. Its name was Kuong Tong and belonged to the wealthy Peruvian-Chinese Chan Kay Chu, who was the founder of the Tayouc Club.

It was located in the emblematic Capon street and quickly became a social meeting point for Chinese merchants and workers. Gradually it also attracted Peruvian customers, even from the upper classes.

Now there are thousands of Chifa restaurants across all districts of Lima and many more throughout other cities of Peru, with sometimes multiple independent restaurants operating in close proximity on a single city block. According to estimates, 35 per cent of Peruvians eat Chifa food every week and 25 per cent every 15 days.

In the beginning, the upper classes in Lima were astonished by the Chifa cuisine’s sweet and sour sauces, the soft soups and  Arroz Chaufa, or Chinese fried rice. Housewives began to use Chinese ingredients such as ginger, soy sauce, scallion and other Chinese vegetables.

Gradually Peruvians incorporated these flavours into the daily family tables. Between 1940 and 1960, Chifa restaurants achieved their greatest expansion in Lima and other Peruvian towns. 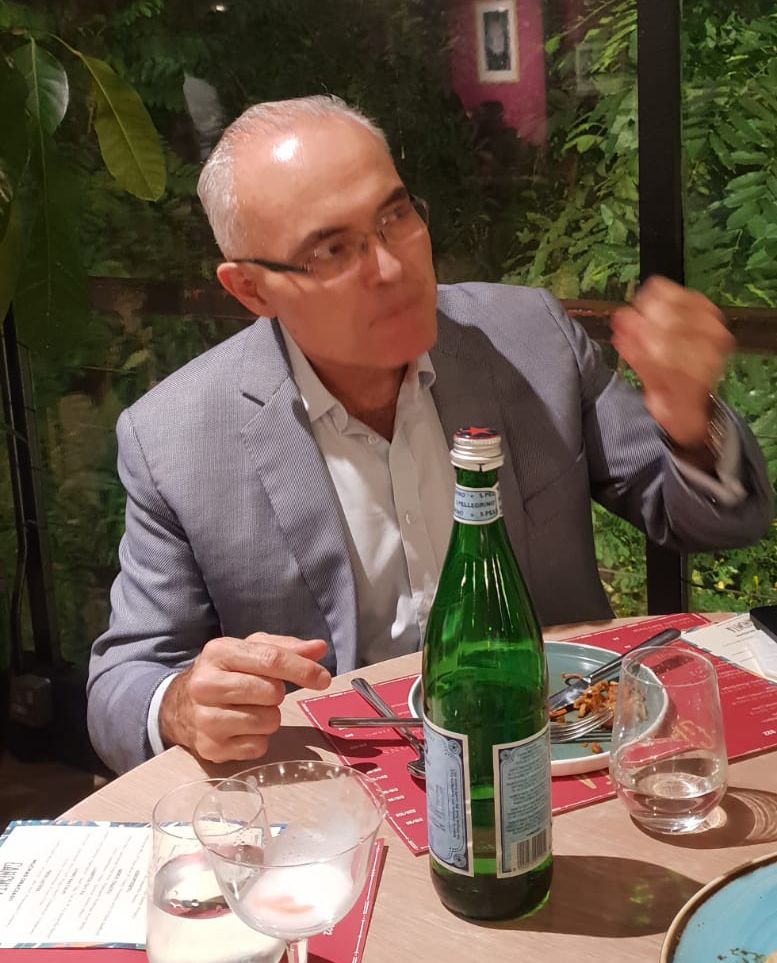 Chifa is now extremely popular among Peruvians from all walks of life. It has changed and enriched Peru’s food consumption patterns.

According to Peru’s Ambassador to Singapore Carlos Raul Vasquez Corrales (right), the Chifa cuisine reveals the historic connections between Peru and Singapore.

“It is a combination of Peruvian and Cantonese ingredients and cooking techniques and is a creation of the Chinese migrants who arrived in Peru since the middle of the nineteenth century to work in plantations, extraction of natural resources and large infrastructure projects such as railways and ports,” he said.

“As in the case of Singapore, these Chinese migrants came mainly from the Southern provinces of China, Guangdong and Fujian, and approximately at the same time. Peranakan food in Singapore and Chifa food in Peru represent cultural expressions derived from very similar historic evolutions that occurred in two far away regions separated by the vast Pacific Ocean.

“It would be great to develop a comparative analysis of these two very creative and exquisite fusion cuisines. In spite of distance, Singapore and Peru, culturally speaking, are much closer than believed.”

Mr Corrales explained that the special combination of ingredients and the subsequent emergence of new and delectable flavours make Chifa spectacular.

“Chinese migrants brought with them ginger, soy sauce, scallions, Chinese cabbage and the habit of eating large amount of rice,” he said. “They combine them with Peruvian ingredients such as sweet potato, native chillies, the alcoholic drink Pisco and even guinea pigs.

“Even some Chinese cooking techniques, like the use of wok, was used to conceive one of the tastiest dishes of the Peruvian cuisine – the lomo saltado, a juicy concoction of beef, soy sauce, vinegar, Peruvian yellow chilli, onions and tomatoes accompanied with rice and French fries. This dish is simply spectacular.”

Chifa food is available all the time in more than 10,000 Chinese restaurants across Peru.

“In Peru we eat Chifa often,” said chef Daniel. “I would say that we are the only country outside Asia that consumes so much Cantonese food.

“The idea when we Peruvians go to a Chifa is to order as many dishes as possible to enjoy the contrast of flavours.” “This is because I am Peruvian, so I can happily say that we love rice of all kinds,” he said. “The Chinese introduced rice to us as before we would mainly eat potatoes and corn.”

Ambassador Corrales’ favourite dish too is Arroz Chaufa. “To me, it is the most emblematic and popular Chifa dish,” he said. “It consists of rice, red peppers, scallions, red onions, garlic, soy sauce, scrambled eggs and a dash of sesame oil and ginger. It can include beef, chicken, pork or seafood such as prawns or squid. It’s a simple and delicious dish that represents the inventive spirit of Peruvians.”

Chifa food is now popular in many countries, partly due to the massive Peruvian migration since 1980 to Argentina, Bolivia, Brasil, Colombia, Chile, Ecuador, United States, Canada and Spain. 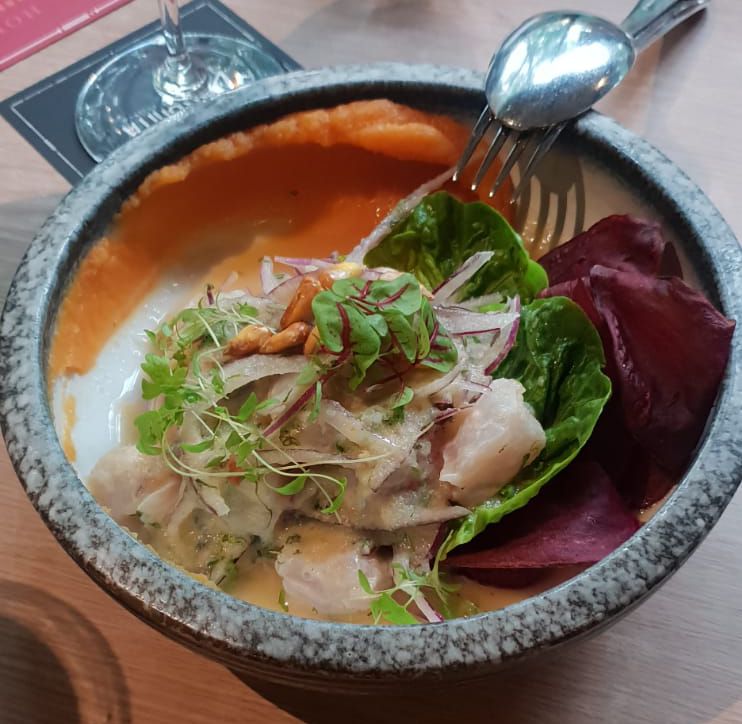 Will it be a hit in Singapore?

“My understanding is that the promotion at Canchita in January 2022 was successful,” said Ambassador Corrales. “I am convinced that Singaporeans will be amazed at the diversity and the extraordinary flavours and textures of Chifa food. They can feel identified with some of the Chifa dishes because of the similarities with their own culinary traditions.

“It’s extremely exciting to discover a part of yourself in the cultural expressions of countries located on the other side of the world. After all, we are more deeply connected than we can conceive.”

Chef Daniel said: “We already have Arroz Chaufa and lomo saltado on the menu and they are popular with Singapore residents. I’m sure the Chifa dishes we introduced in january will be similarly appreciated.”