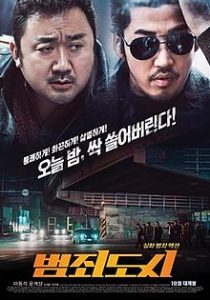 The Outlaws exceeded KRW11 billion in VOD sales, breaking the record previously held by Disney's Frozen. Moreover,  The Outlaws achieved this historic milestone within the first 2 months of its launch as compared to Frozen which took 10 months. According to the Korean Film Council, as of 21 January 2018, The Outlaws recorded a total of 1,443,340 subscriptions compared to Inside Men (999,915 subscriptions), Lucky Key (1,028,837 subscriptions) and The Wailing (992,720 subscriptions).

Richard Lee, Interim Chief Executive Officer & Executive Director of Spackman Entertainment Group, said: "The unprecedented and unexpected performance of The Outlaws will contribute positively to the Group's performance for the financial year ending 31 December 2018, and we look forward to seeing the film add to its record VOD sales during its historical run."

The Outlaws was one of the top 5 movies of 2017 in South Korea, achieving a total of 6,880,506 admissions and gross proceeds of US$52.6 million at the Korean box office. Released on 3 October 2017, the movie ranked #2 during the weekend Korean box office of 6 October 2017 to 8 October 2017 2. The crime action film is directed by Kang Yoon-sung and stars Ma Dong-seok of Train to Busan (2016) and Yoon Kye-sang of Bacchus Lady (2016). Based on the 2004 Chinese Korean gangster mop-up operation in Seoul's Garibong neighbourhood, Ma plays a detective hunting down a Korean Chinese gang headed by Yoon Kye-sang.