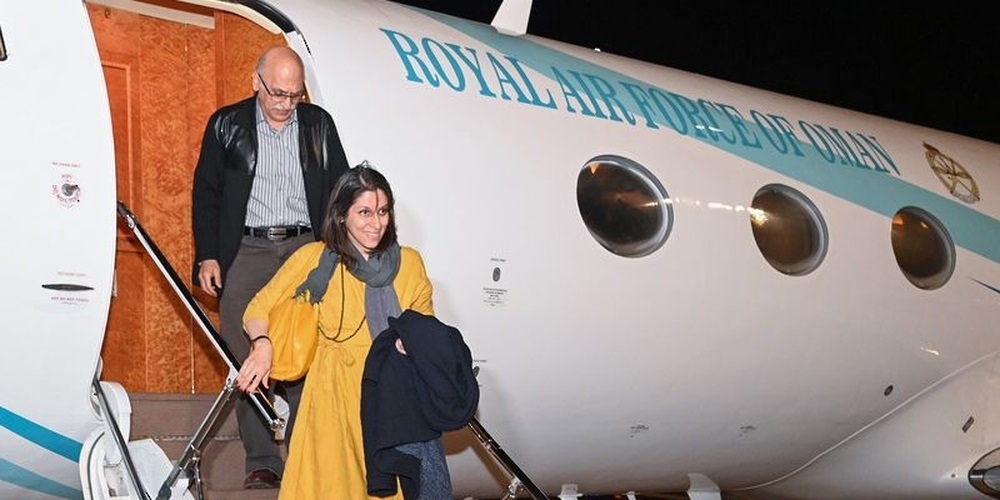 Mrs Zaghari-Ratcliffe, accused of plotting to overthrow Iran’s government, was detained in 2016. Mr Ashoori, accused of spying, was arrested in
2017.

Following a request from the British government, Iran released them in coordination with the Sultanate of Oman and the UK. Both were flown to Muscat by the Royal Air Force of Oman. They have since left on a plane to the UK.

“Last December I met Omani Foreign Minister Sayyid Badr to secure Oman’s diplomatic assistance. We are grateful to our friends in Oman for their support in securing the return of our nationals,” she said.